So, you’ve gotten word that Kanye has a (FIRE) verse on Tyler, the Creator’s new album, Cherry Bomb. You’ve probably listened to the song, SMUCKERS, and decided that with Ye’s legendary verse sandwiched between Tyler’s catchy intro and Lil Wayne’s proclamation as the “master of ceremonies,” it was, without a doubt, the best song on the album. If you’ve reached said conclusion and you haven’t listened to the album in full, I suggest you do, but if you have… I SUGGEST YOU TRY AGAIN.

Can we be done with this “oh, well, I mean obviously, it was the best song on the album because Kanye is the best producer to ever walk this planet” nonsense? Don’t get me wrong, I’m all about Ye. All hail. But have you listened to All Day? Yeah, it was OK! I don’t know how it fits into the context of Kanye’s upcoming album So Help Me God, so I’m in no place to judge it thoroughly, but when heard next to Tyler the Creator’s first single off of Cherry Bomb (FUCKING YOUNG/PERFECT), it sounds used, tired, and kind of boring. Cherry Bomb is an ambitious jazzy-punk-rock-death-metal reinterpretation of what we know as “hip-hop.” While it recycles formulas that recall the days of “Skateboard P” and his motley crew, N.E.R.D, it’s also quite innovative and is in some ways something that has never been done before.

For example, songs like CHERRY BOMB that are heavily influenced by rock and death metal aesthetics may initially come off as a bit aggressive. This song in particular is extremely loud and sounds as if you’re standing in a small room with speakers blaring directly into your ears – the drums and Tyler’s voice are the only instruments that come through clearly. As you become somewhat lost in the chaotic soundscape he creates, he brings you back to reality with 3 or 4 chords played in succession on some weird-synth-keys that miraculously break the noise barrier, creating a tension that you’ll recognize as uniquely “Tyler.” He creates moments like this as the song progresses, and moves what was initially stuck in that small room to a composition that expands out with many elements and layers. Ultimately, you’re transported to the passenger seat of Tyler’s car, cruising through his imaginary Okaga California. 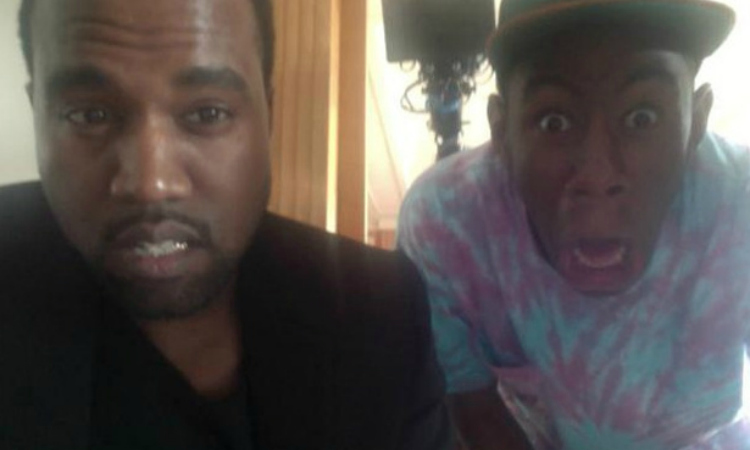 Cherry Bomb is different, unfamiliar and uncomfortable at times, but that’s exactly the point. Tyler comes from an experience that is all of those things, and this album is meant to illustrate that. And he does so successfully through mosh-pit anthems like DEATHCAMP and CHERRY BOMB, but also through jazzy bumps that recall his predecessing album Wolf, like 2SEATER and FIND YOUR WINGS. So for those who’ve yet to listen to Cherry Bomb straight through, thoughtfully… do it. And after doing so, you’ll reflect on that SMUCKERS song, with the FIRE Kanye verse, and you’ll possibly come to respect Tyler the Creator as a rapper. But you will most definitely come to respect him as the one-of-a-kind producer he’s grown to be.

You can stream Cherry Bomb on Spotify (look it up yourself) or buy it on iTunes.

All photos taken by Ryan Cavanaugh at Bohemian Grove in Bushwick on July 24, 2015 for Covert Copse.