Cyberbully is the experimental electronic project of Boston-based Alec Jackson, and if I had to describe his newest album ABY??? in one word, that word would be “eccentric.” This greasy slice of glitched-out goodness is my first exposure to his music, and I must say I’m pretty impressed on first listen (and especially impressed by the thematic album artwork and bandcamp background which fit the tunes so perfectly. But hey, as usual, don’t take my word for it, listen for yourself! 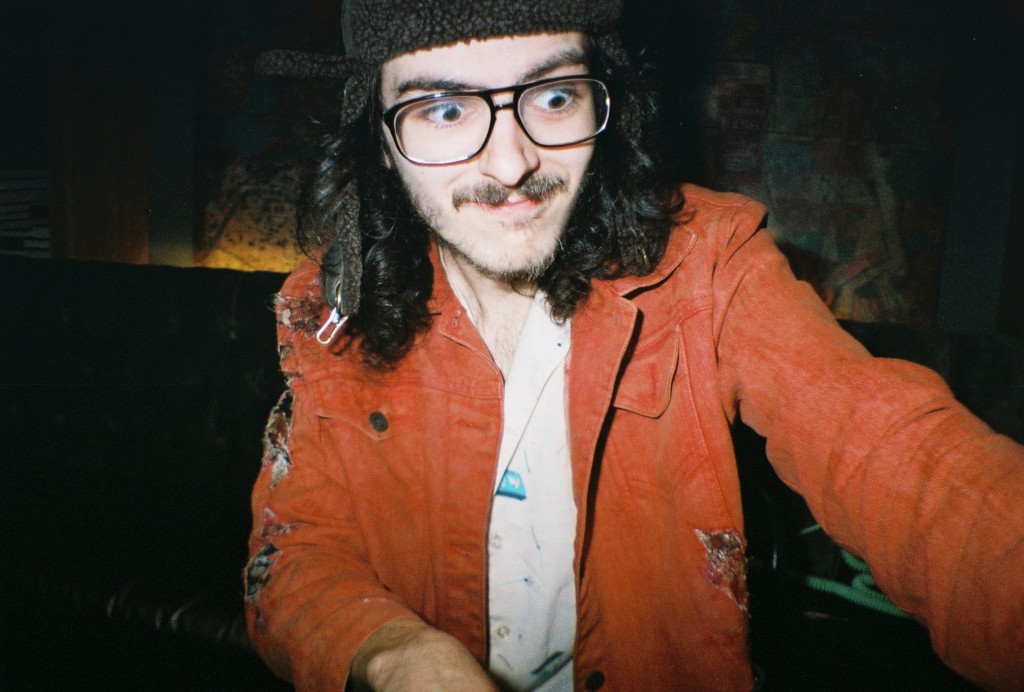 The introductory track, “MILWAUKEE,” is a deceptively lighthearted and upbeat number that seems heavily influenced by chip-tune and/or video game music generally. Don’t be fooled by this coy intro, though; it gradually slows down into a sludgy, vocal-driven thump heavy on distortion and wobble-step vibes. Alec’s vocals are actually pretty reminiscent of the one and only NAH to me just because of the raw emotion and stylizing that goes into ’em – actually, I’ll post some for you to read, because there’s no way for you to understand them otherwise.

“~lock w/o key” is a pretty mellow number that probably feels most welcome as an interlude in a hip-hop album or beat mixtape, not a self-proclaimed experimental electronic album. But hey, no complaints, chill bumps like this are pretty much what I live for. “FACETODADY” and “THATRING” represent a deeper plunge into angst and loud-ness again, giving a welcome turn into angry vibes to diversify the feels of the album. “underwater|horses,” a hyper-fast number sandwiched between them, feels appropriately hectic and chaos-driven for such a generally crazed and all-over-the-place album (I say these things only in the most positive of ways). “B;h_S:P” is probably my favorite lyrical exploration on the album, going for the good old moral subjectivism thesis that I actually adhere to myself (I wonder if Alec is a fan of Kant). “descent|pts1-3” is easily one of the weirdest tracks, reminding me simultaneously of Ben Frost and Caribou. It is seriously insane how wide of a range Alec is able to cast while still sounding coherent and intentional; all in all, ABY??? is an extremely powerful showcase of the various styles CYBERBULLY is capable of exploring. I hope you enjoy exploring it as much as I did.

You can keep up with Cyberbully on facebook and buy ABY??? on bandcamp.

Don’t You(,) Mean People? is an instrumental math rock band from Thunder Bay, Ontario. “Predecessor Predecessor” is a single from their first studio full-length…