Apart / A Part: Maine on Manhattan

I’m very inspired by the people I see on the street, the clothes that they wear, the music I’m surrounded by — everything I have more access to now. I’m extremely impressionable when it comes to my surroundings, and I try to soak it all up. There’s so much to soak up, so much that’s constantly informing me. Just listening to more music, seeing more people, more clothes, more shoes, more hairstyles.

This quote comes to us from a 2014 Interview Magazine exclusive with Porches frontman Aaron Maine, in response to how his (then) fairly recent move to Manhattan had changed his outlook on art. Exuding both optimism and bright-eyed enthusiasm, Maine’s words echo the sentiments common to generations of New York City newcomers eager to make the most of this concrete kingdom. To this day, Manhattan continues to enchant and attract countless immigrants and natural born citizens alike, representing to many a decedent — if somewhat depraved — city where all things are possible and where the romantic and ever-elusive American Dream can in fact be achieved. As Old Blue Eyes continues to sing, at least whenever the Yankees win at home, “If I can make it there / I’ll make it anywhere / It’s up to you / New York, New York.” 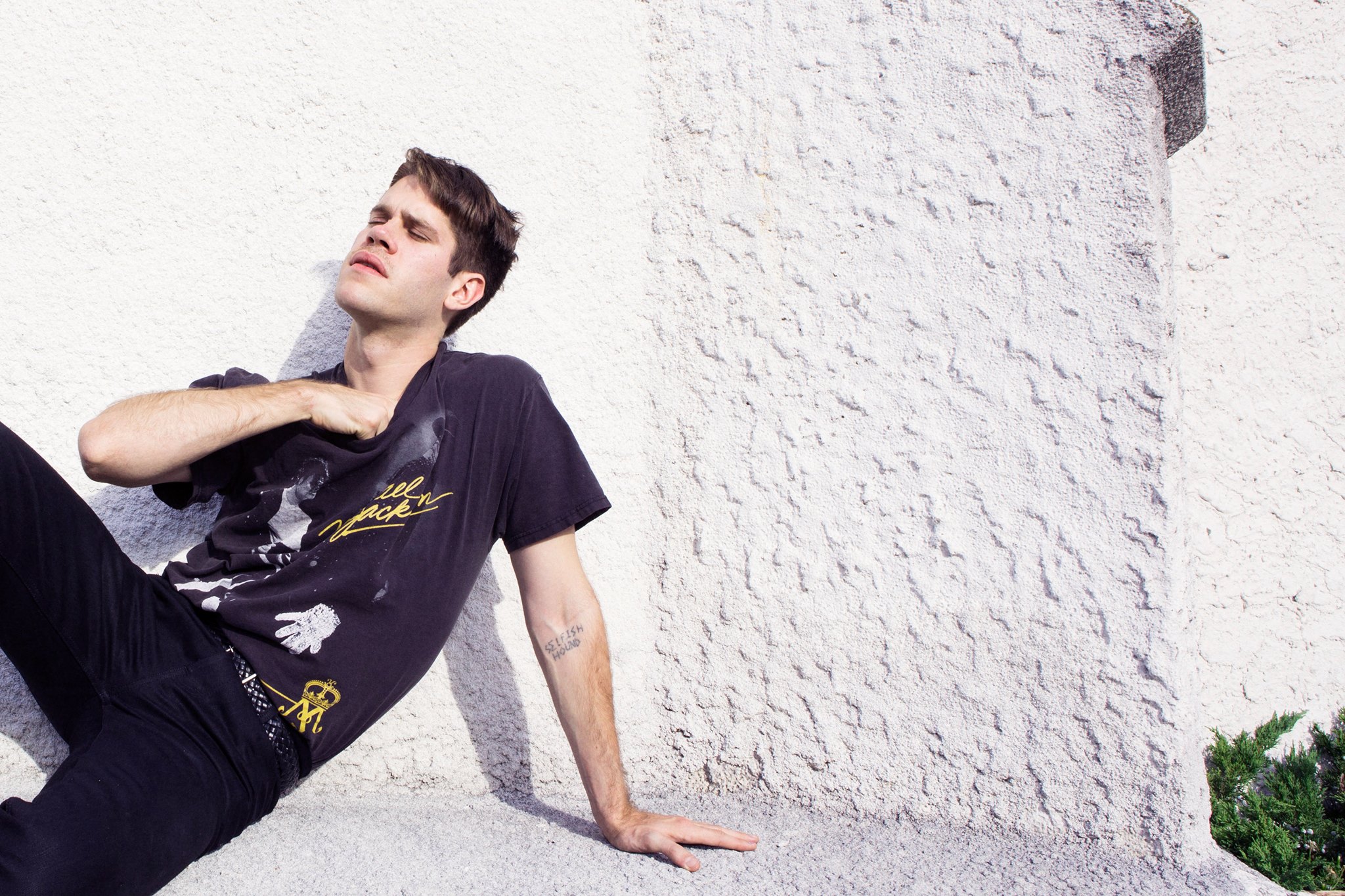 But living anywhere for a few years is apt to either confirm or change the way you see a place. When listening to 2016’s Pool, the band’s fourth and most recently released full-length effort to date, one immediately gets the sense that Maine’s view of Manhattan has taken a turn from the simple romantic to the more complex realistic. Consider, for example, Be Apart, the album’s first single, and one that has proved to be truly representative of the release, both ideologically and sonically. The hypnotic, melancholic, and icy synth line first heard in the intro of the track recalls the darker synthpop of the 1980s, the sort one might expect to hear in a worthwhile Bright Lights, Big City film adaptation. “I want to be apart / I want to be a part of it all,” Maine sings on the chorus in a chilling falsetto.

Though such wordplay may seem cute or half-clever on paper, this nuanced change communicates a split sentiment undoubtedly shared by many who have lived in New York City for a meaningful period of time; the contradicting and simultaneous desire to be part of everything that’s going on yet also to pick up and get the hell out. “Be Apart” proves to be one of the few moments on Pool where the lyrics feel crucial and wholly necessary. This is not say that Maine’s words are unimportant but instead, a testament to his ability to effectively communicate his emotions sonically. Leading off with Underwater with its wavering, atmospheric synth-pads, its crisp, programmed drums, some hazy plucked bass, and Maine’s falsetto, Pool sets a defined aesthetic course from the start and seldom strays for the duration.

The resulting record might best be described as darkly hypnotic. Listening to Pool is the musical equivalent of sitting blankly in a bathtub at 7pm, having only recently risen from bed after another in a series of impossibly late, drug-fueled and booze-filled nights. In this scenario, you find yourself numbly motionless, buzzing in the warm water with your actions somewhat beyond your control. You feel almost obligated to go out and do it all again, despite the gut knowledge that you’ve been pushing your luck lately. After an indeterminable time in the bath, a time in which concrete thoughts seem to differ little from meaningless abstractions, you down the remainder of the bourbon and prepare for another night out, watching yourself indifferently as though through the eyes of another. 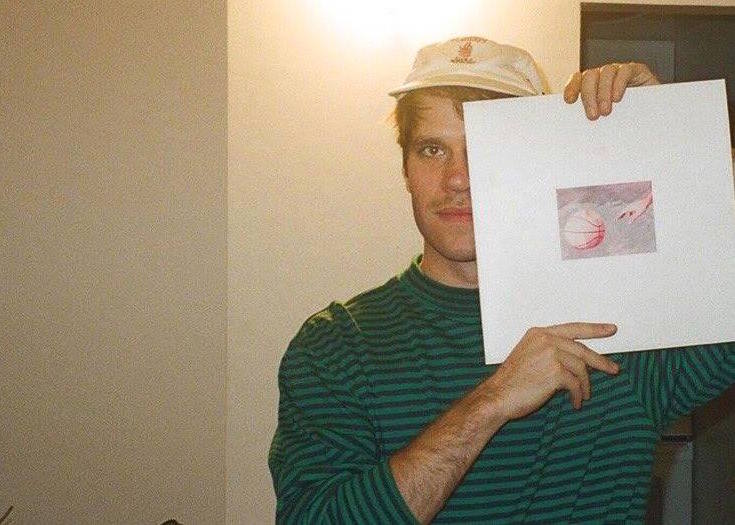 There’s a sense of the monotony of New York City’s unique culture of cool present for much of Pool and thus, a sort of detached, disenchanted view of the surreal lives and privilege of city scenesters hangs about the record, particularly on tracks like the faster but far from upbeat “Braid.” Such is further confirmed in the “Be Apart” music video, featuring a visibly bored Porches. Uniformly clad in black bohemian turtlenecks, the band moves around the sort of ornate living space available in Manhattan only to the ultra-rich, one complete with gold-leaf framed paintings, paneled rooms, and at least one grecian pedestal.

In a recent interview with Pitchfork Radio, Maine expressed a desire to make music that people might dance to. There are some instances on Pool where he succeeds at being infectiously groovy – such as on Mood, featuring the picked bass of fellow artist Greta Kline, known more commonly in the music world by her moniker Frankie Cosmos. More often, however, Pool manages to masterfully conjure both the transitoriness and emptiness associated with club culture and its players as opposed to replicating the throbbing music itself despite the record’s predominantly electronic instrumentation. That said, there are hints of dubstep’s wobbling bass here and there (like on Even The Shadow).

Pool closes with “Security,” another lyrically crucial track and one that seems, like “Be Apart” to inform the entirety of the record. “All I want and all I need / Is some security,” croons a heavily auto-tuned Maine. “I want to believe that all I need / Is some security”. This emotionally thoughtful, immersive, and worthwhile record demonstrates that as Maine has come to better know Manhattan, he has shed its floral fantasies and come instead to engage with its cold and confounding realities. Though his now not-so-new hometown may remain the Big Apple of the world’s eye, Maine seems to understand that far fewer actually achieve their aspirations in this supposed seat of the American Dream than come looking. Furthermore, for a young person in a city like New York, especially given today’s abysmal economy and punishing job market, perhaps security is the sweetest dream one might hope for. Over and out.

Ira Lawrences Haunted Mandolin is (obviously) the project of Ira Lawrence, current Queens resident but materially a man of the world. He describes his…