The closest I felt to knowing myself was always in our home / but nobody’s home and / when I reach for my phone / I know there’s no calling you back / how do I get used to that?

Alex Saraceno (alias zanders) may be a classically trained pianist, but on buried men she’s first and foremost a formidable vocalist and lyricist. She bends, stretches and syncopates words past comfortable enjambment. Lines become extended phrases, and extended phrases become something else entirely. Like a melody without bar lines, the breaks that we impose on what we hear informs our understanding of the song. Her delivery is quick and razor sharp, and, other than a hasty doubling and a touch of reverb, is completely bare. There’s next nothing separating you from her voice. It’s like watching someone dancing on a tightrope—and if you listen closely enough, it’s like being that person too.

There are other aspects of this record that exaggerate its closeness, to the point that it might become uncomfortable. The audio on bassist Kevin O’Donnell’s and drummer Jason Rule’s tracks sounds similarly unedited. Within the music—which is genuinely captivating—there are beats that aren’t exactly on time, lines that aren’t exactly on pitch, unedited sibilances. John Potz, writer for music blog Funeral Sounds writes, “buried men displays such strong musicality at times that it’s almost a bummer that its instrumentation is so limited.” And I completely agree. Putting all this together, what should sound light and easy at times comes off heavy handed. 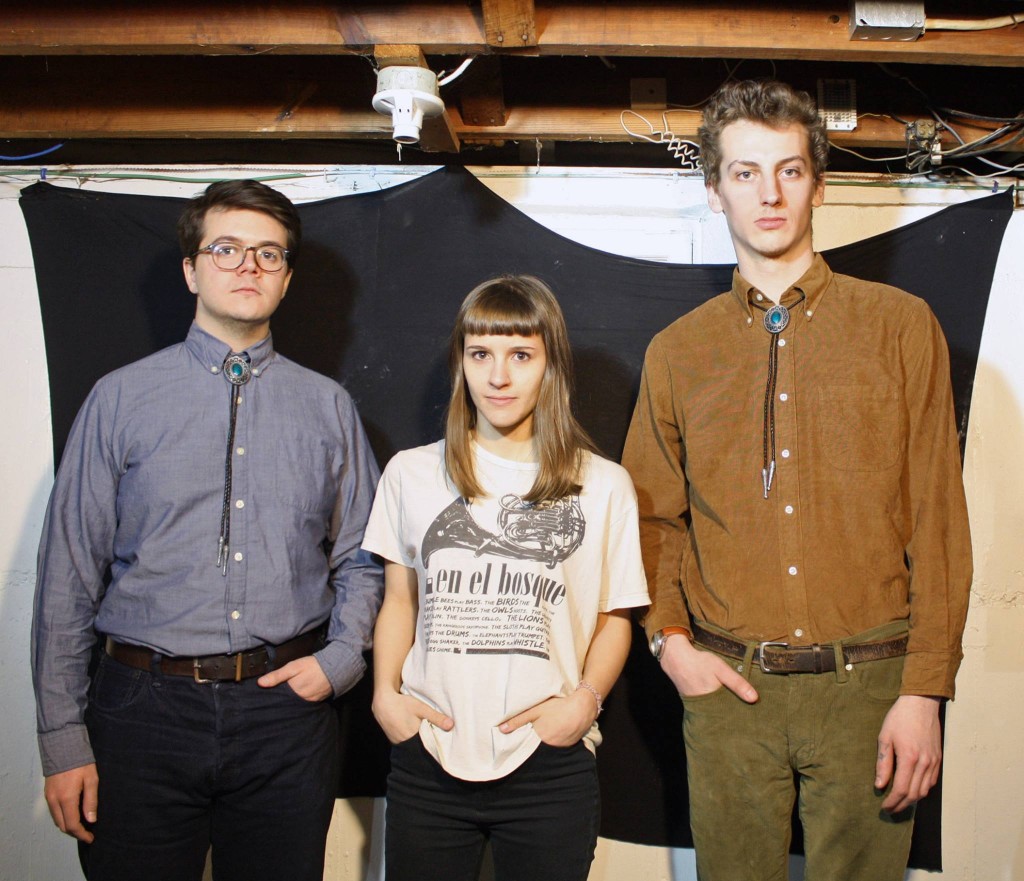 But I keep going back. The clunkiness seems familiar. I like that the songs blur into one another—it’s a cohesive body of work—and I like it even more when phrases take shape out of the blur and I begin to truly recognize what they mean. I like that some beats are out of time (I’ve never been one for punctuality), and that some notes are off pitch (or been a stickler for exactness). I return again and again, letting the music it drip out of my speakers while I sit quietly and find words to say. It’s harsh and endearing. It makes me nostalgic for Connecticut (the home state of the band that I’ve only topically known) for hills and farms and older people wearing flannels who seem like they have been there forever and will be there forever. People who become part of the scenery. The way living feels when you have your heart broken—when you are utterly captivated. Wearing beanies and smoking weed in high school.

In New York City, the scenery is always changing—there is no time for a broken heart. Hills are flattened and gridded, and the little gardens often look emaciated and deprived of sun. Not that this has anything to do with the music. But it might. I’ve never been one to obsess over the production of a song, and some would say that by doing so I’m missing the point. While, in the future, zanders may depend (or not) on nailing their tunes on their records, buried men is refreshing to me, because whatever else it may be, the music is reflective and self-aware. It’s imperfect, but as the sentiment goes, who isn’t? It gives vibrancy to the ordinary, meaning to the quotidian.

buried men is out now via the consistently excellent Seagreen Records, and you can cyber-stalk them on facebook too.

Weirdly enough, I don’t think that Brooklyn-based darkwave boys What Moon Things have ever been featured on No Smoking. I was fortunate enough to…