The Meaning of Life is a Brooklyn-based ethereal pop outfit (or, as they would have it, they play “pop and the misinterpretation of dreams”). Their newest EP Diamonds and Junkfood is their longest and most fleshed-out release to date (a few minutes longer than their 2012 EP Play Fuego), and it features a great deal more textural and instrumental experimentation than their previous sonic expeditions. A strong majority of the tracks on this album were recorded at the Seaside Lounge, and the instrumentals for track 5 were done at Converse Rubber Tracks. 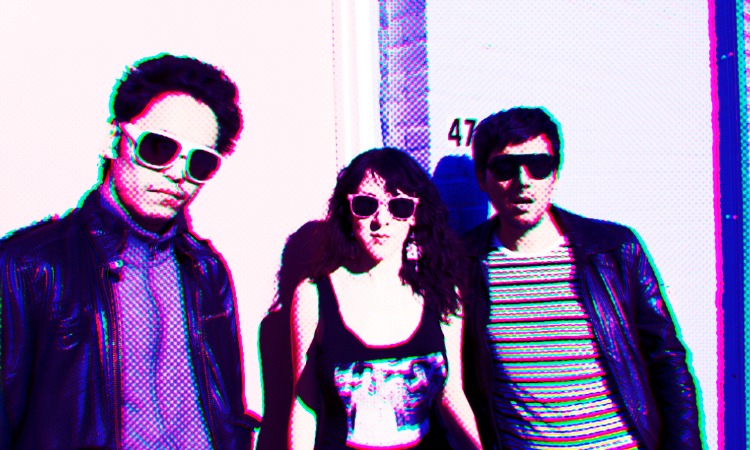 “She Never Screams” is easily one of the most powerful tracks on the EP, a great choice for the first out of seven tracks. The track name comes from Chilean guitarist Christian’s experimental riffing along with Primal Screams songs – feels primal for sure. A cymbal crash and a twangy drum beat open the pathway for roaring, reverb-soaked guitar hooks filled with a wonderful forward momentum. Bassist/vocalist Marta DeLeon’s initial entry into the EP (“You click your heels again. You wanna be fun / a nice time for us, for you to play dumb”) is appropriate, pretty, savvy, and even a little bit sassy. My favorite aspect of this track is the guitar/vocal harmonization clashing pleasantly with the track’s frenetic rhythms – it’s a simple aesthetic, but an effective and gripping one. They will be showing the video for this track (a video which I appear in, incidentally) at their EP release show tomorrow, Wednesday the 18th at Palisades.

“Two Birds, One Stoned” is a fairly psychedelic number (complete with backwards guitar riffs) with a guitar hook that makes me think of classic alt-rock overlords like Dinosaur Jr. Marta’s crooning vocals (“We were the same size, you were asleep at night / and we talked for hours…”) mesh perfectly with the mix of crunchy and drippy guitar tracks, a smooth balance. “Please Don’t Go” is a cover of KC and the Sunshine Band jerked out of its synth-poppy context and dropped into the uniform guitar-pop feel of this EP. It’s perhaps not the most noticeable track on the record, but it’s very pleasant and is a simplistic-yet-effective re-working of the original track. Trippiness returns with the brief interlude track “Tender is the Night,” featuring some more backwards tracks and the most distorted vocal track present on the EP. I think it’s also probably my favorite part. Gotta have some dirt every now and then, ya know? Nothing better than feedback loops mixed to the point of clipping.

If you listen to the chorus of the fifth track without checking the track name, you might just be able to guess what it’s called. The hook for “Wow Wow Wow Wow” was invented by Christian during a subway commute while listening to Jesus & Mary Chain, and the instrumental tracks were done at Converse Rubber Tracks – somehow, the track still manages to not stick out like a sore thumb amidst a crowd of Seaside Lounge recordings. It’s easily one of the most energetic and happy-go-lucky tracks on the EP, featuring the same sort energetic/simple drum beat as the first song, “She Never Screams.” I won’t kill its vibe by continuing to describe it in words.

“River Phoenix” was recorded live in one take, featuring an improvised guitar lick dripping in tremolo (the basis of the song’s melody) and a soothing vocal melody. More time was taken in crafting the lyrics, which seems to have been helpful to the song overall (“You are the secret door / you hold all your wicked charms”). Still, I do love it when bands take the Brian Eno approach to recording (i.e. use the studio for composition instead of transcription). You won’t really know what a song sounds like until the instrumental textures are flooding your headphones, anyway.

The video for “I Want to Do With You What the Spring Does With the Cherry Trees” premiered on No Smoking, so I’ll refrain from extravagant commentary on its behalf – I will say, though, that this is one of the most spacey and pleasant tracks on the EP, featuring the reverb/delay treatment which is common to the aesthetic of TMOL but also some really choice synth pads and lilting, ethereal guitar layerings. Guitarist Christian was “itching to turn on his overdrive,” but opted not to in favor of a wah pedal and outer-space texturings. The last fade-out of the EP is a small guitar lick which circles back upon itself, swirling in and out of the listener’s capability to understand it.

All in all, The Meaning of Life have crafted a solid EP here which wows the listener (wink wink) but doesn’t overstay its welcome. I’m left feeling particularly appreciative that not every track begins immediately with a guitar lick, as on their previous release; clearly, TMOL are a band still experiencing growth spurts, and I’m happy to chart their progress along the way. You can keep up to date with TMOL on their website, and I highly encourage heading out to their show tomorrow at Palisades! 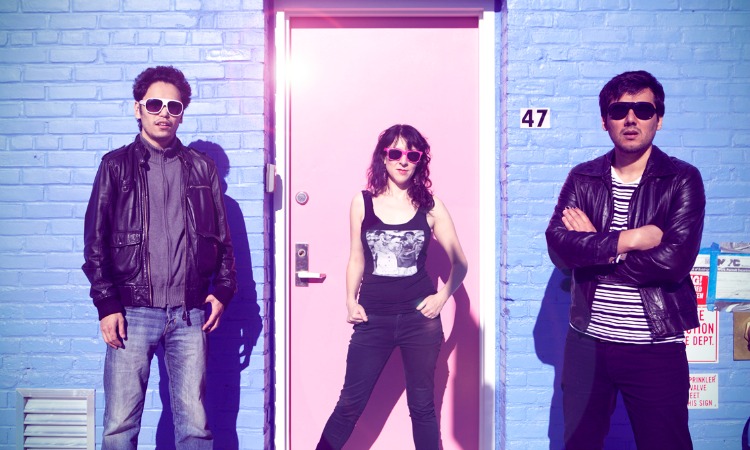 diamonds and junkfoodindienycpoppsychedelicthe meaning of life

We’re back at it again with the hazy rock show vibes, hosting Sam Kogon, Shana Falana, Melt, and Railings at Brooklyn bar-restaurant ALPHAVILLE. This…