Few would argue that the concept of genres in today’s musical climate is unnecessary, if not completely irrelevant. However, cognitive dissonance tells me Hiatus Kaiyote’s self-described “future soul” could not be more accurate of a label for this tour-de-force of a band.  Following 2012’s beautiful Tawk Tomahawk, the Australian based soul time travelers recently released their new EP By Fire on the big-league label Sony Music (I mean they did get nominated for a Grammy). Lead singer and guitarist Nai Palm (who recently collaborated with the likes of Taylor McFerrin and Q-Tip) and her overwhelmingly talented band melted hearts on their previous LP, but it could not have foreboded the behemoth that is By Fire. Their latest EP brings something excitingly different – and delicious – to the table.


If molecular gastronomy could be played on instruments, By Fire would be the pièce de résistance.

The EP begins with a wormhole right off the bat: tantalizing synths float through sonic space. Your grip is tight, but you’re not worried – the synths convey contrasting feeling of extreme smoothness and excitement, solar warmth in a cold and expansive outer space. And just when you think you could travel through different dimensions with Hiatus forever, they hit the brakes (rockets have brakes, right?) and you’ve arrived just in time to hear a gospel made up of solely Nai Palm, delivered to us lowly earthlings. You’re here. This is heaven. The rest of the track exists over an off-kilter drumbeat, complex and soulful bass, and electronic experimentation unmatched in their previous work. What elevates the track into otherworldly proportions is, of course, Nai Palm’s legendary vocal talent that turns the entire song into a jazz-infused odyssey. 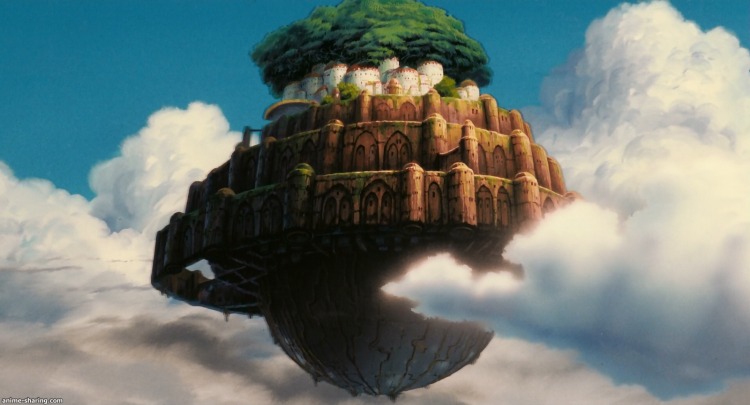 “Laputa”, the release’s second offering, paints a whole different landscape that might be more familiar than you think. Hayao Miyazaki’s film Castle in the Sky was re-titled Laputa: Castle in the Sky for the re-release in the United Kingdom and Australia, the homeland for Melbourne-based Hiatus Kaiyote. Listening to Nai Palm’s silk-like melody sail over neo-soul synths and airy electronic drums certainly evokes the breezy, cloud-filled fantasy land. The whole track hovers gently; surreally emulating the castle to which they are paying tribute.  The lyricism describing the floating island could not be more beautiful: “Give me the timeless corridors of your meadows”, Nai Palm chants as the track fades into the hand-drawn horizon.

The band’s final track of the EP, “Molasses”, is a shivering close to Hiatus Kaiyote’s whimsical journey. The familiar protagonist of a strong keyboard presence gently guides us into the song, as Nai Palm powerfully boasts, “Might not get any better” – and she could be right. As the full band joins in with hip-hop influenced break beats and soul crushing bass, it is satisfying to hear the band return to what they do best. The vibe is reminiscent of their similar track “Nakamarra,” which utilizes the full ensemble to create a head-turning prog-influenced banger. With “Molasses” we find the quartet more musically mature, implementing and expanding upon previous soul and prog ideas with flourish and wonderful sophistication. As the keyboard seems to be cueing the outro around the 3-minute mark, Haitus Kaiyote has a final burst of emotion: we again hear the opening lyrics, but this time different and more heart breaking, finally giving the words their true meaning.

The band’s new album, Choose Your Weapon, will be released on March 31st. You better be prepared.

This is a guest post by Brandon Kirshner @locustmanor. You can also peep him on vine.

Jackson Scott is “a college dropout with a 4-track as well as a one-track mind,” hailing from Asheville, North Carolina. His full-length LP Melbourne…