“Jenny Death when??” was the cry that came from internet music boards in anticipation of Sacramento-based experimental hip-hop group Death Grips. This, of course, comes from 2015’s Fashion Week, which was released with absolutely no warning, in typical Death Grips fashion. The song titles from that album, follow as: “Runway J”, “Runway E” and so on; spelling out the phrase “JENNY DEATH WHEN” in an acrostic. After announcing their “breakup” in 2014, Death Grips released Fashion Week and the first half of The Powers that B, and now they have released their “final” album, Jenny Death.

Enigmatic, esoteric, and abstruse as never before, Jenny Death is a blistering 49-minute endeavor. From abandoning concerts, to destroying their equipment onstage, to leaking their own albums to spite their record label (NO LOVE DEEP WEB) Death Grips have had a complicated and tumultuous relationship with both their fanbase and the media. Who can forget when, in lieu of showing up for a concert, they simply unfurled a banner of a suicide note from one of their fans? Frontman MC Ride is notoriously reclusive, and little is known about the man whose real name is Stefan Burnett, preferring to have the music speak for itself. So, what are we left with? Abrasive, deconstructive, and aggressive “industrial glitch hop,” as it was described to me by a friend. 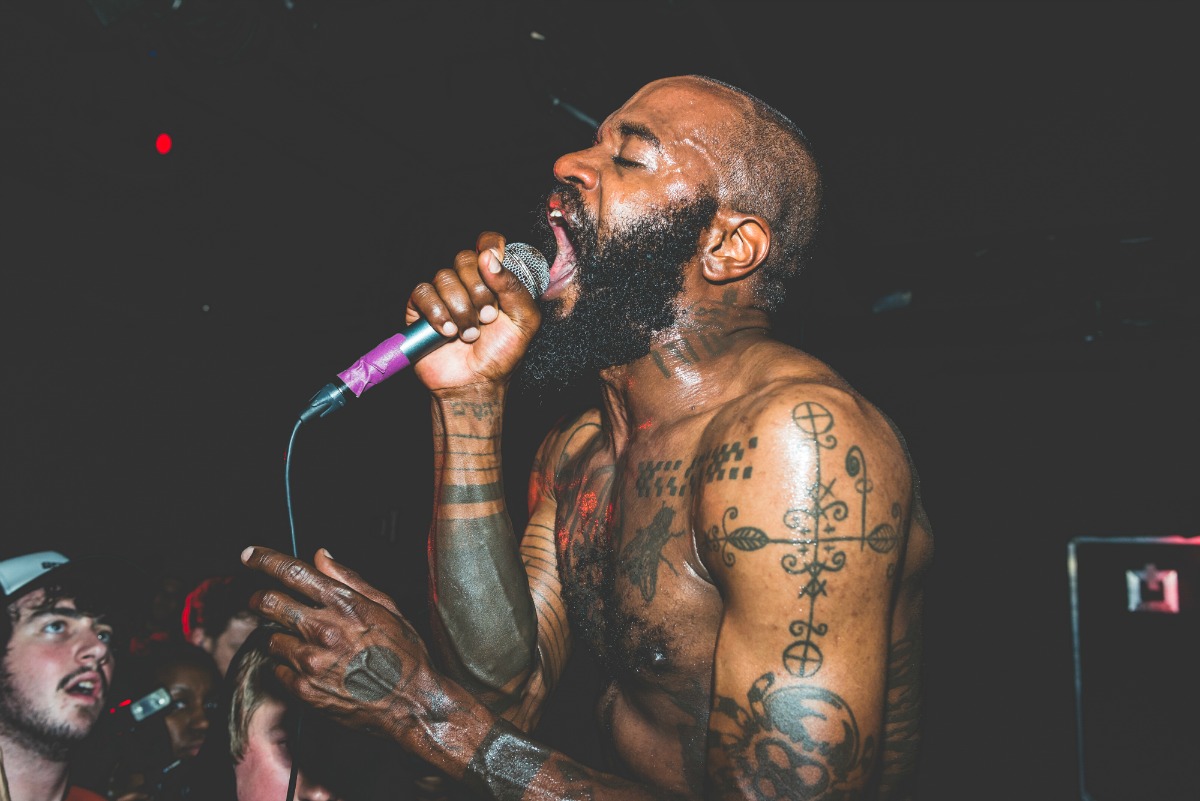 Jenny Death starts out with the absolutely punishing “I Break Mirrors With My Face in the United States,” which is over before you can even process what’s happening. It’s two and a half minutes of pure chaos, evoking images of punk rock bands from bygone times, and hearkens back to DG’s own debut album, Exmilitary, in which they chopped up Black Flag’s “Rise Above” on the song “Klink.” The track “Inanimate Sensation,” with its thoroughly strange music video, is a truly bizarre song with what sounds like a Shepard tone at the beginning and then devolves into pure noisiness with some characteristically catchy drumming from Zach Hill. The song also presents MC Ride with an

Inanimate Sessions … is a truly bizarre song with what sounds like a Shepard tone at the beginning and then devolves into pure noisiness
opportunity to showcase his Sacramento street cred, with the line “I’m so Northern California, I call scratch “bammer,” – apparently referring to a lower-grade of marijuana. One can finally get a sense of who MC Ride is (or perceives himself to be) with the couplet: “Axl Rose in a blender/Slash on Satan’s fender,” referring of course to the two legendary members of Guns N’ Roses. In the lyric, MC Ride sees himself a much eviler version of the two men, who already have a reputation for being the “bad boys of rock” – at least in the 1980s, anyway.

This reference makes even more sense in the context of Jenny Death, which has many overt nods to its classic rock influences. “Beyond Alive,” for example, contains rock elements with its distorted riffs and disillusioned lyrics that deal with the pain that desolation and despair cause, and the lengths people go to deal with it; namely drugs. My personal favorite track is “Pss Pss” with its (quite frankly) weird sound effects and onomatopoeia that makes up the chorus. In the song, Ride fantasizes about debased behavior, including voyeurism, urophilia, and indecent exposure with a maniacal and harsh delivery that almost seems like it would be more appropriate on an album from Kreator or Slayer. It’s a valid comparison, though, considering the shocking and offensive lyricism and the sexual imagery; in both cases the lyrics have the propensity to outrage and horrify the listener.

The track itself feels like a song playing over the credits of a great (if not really fucked up) movie.

“On GP” has a clear rock influence made apparent by the guitar riff that drives the song. MC Ride, in his most personal and vulnerable song song, contemplates suicide and even refers to himself as Stefan–something he has never done before in any songs prior. The music video is equally haunting–it depicts the group sitting ominously around a speaker playing the track in the center of the room, none of them moving.The much-debated “Death Grips 2.0” sounds more like Aphex Twin than DG, and the title of the album alone has led to much speculation as to the future of the band. The track itself feels like a song playing over the credits of a great (if not really fucked up) movie. Given their recent announcement of another tour, the whole audience is still seated, and eagerly awaiting to see what else Death Grips has in store for us. 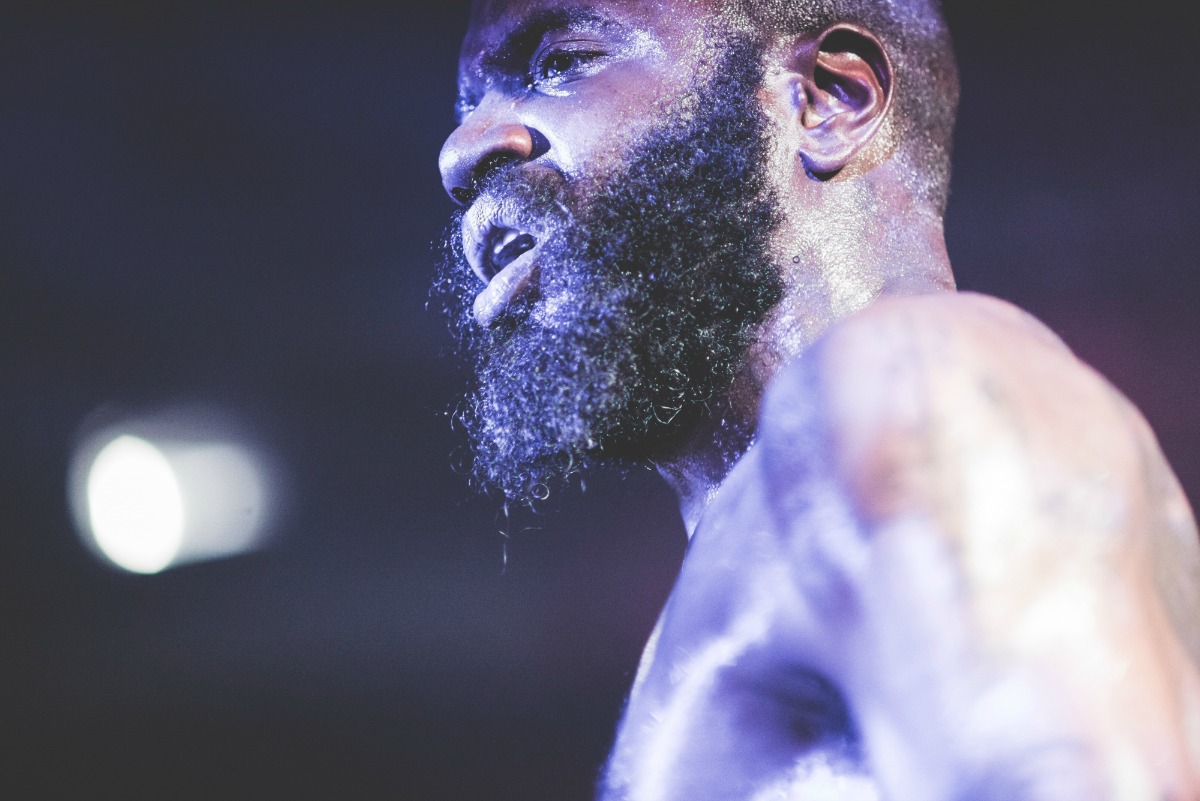 Death Grips’ music is available for streaming on Soundcloud.

NYC art-rock outfit Bodega Bay just released its first full length LP Our Brand Could Be Your Life, and as you might have already…