1080p Records’ newest release is a neatly crafted electronic album by Vancouver-based Neu Balance. The project is the creative/productive fusion of Sam Beatch and Sebastian Davidson, who craft their tunes with fastidious accuracy and calculated minimalism. The tongue-in-cheek album title of Rubber Sole, coupled with their Neu Balance branded version of Napolean Crossing The Alps is an interesting companion to their spacious and sometimes puzzling concoctions.

“Better Off Alone” begins with controlled cacophony and a stereo swirl of sounds and scratchy drums, managing to be both clamorous and pleasing to the ear. The intro is certainly not indicative of things to come: a spaciously produced drum track and glossy synths appear after the chaos and persist until the track comes to a sighing endpoint. By the time the first vocal sample appears, it is an unexpected interjection of the meticulously crafted stream of kick drums. What makes the song interesting (and moving) is the use of these aqueous and otherworldly voices to infiltrate the meticulously crafted stream of kick drums. 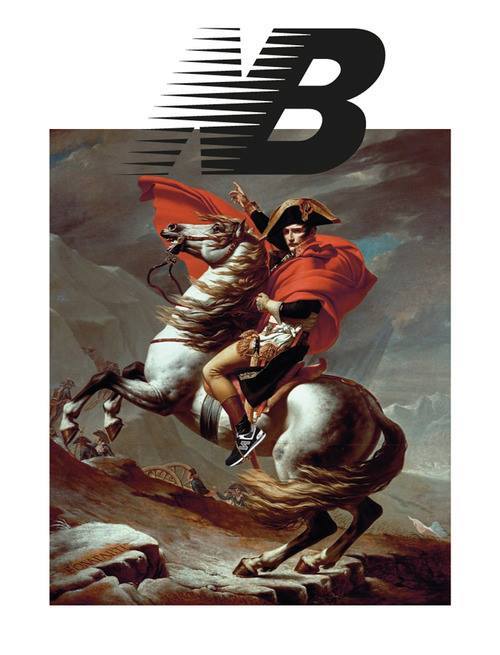 “get up”, perhaps the most experimental piece on the album, is a surprising mix of microscopic samples and sounds whose marriage produces a track that is fascinating in its volatility. Though the swirl of feedback and snaps may at first seem comforting, Neu Balance’s discerning production knows when to keep the track moving and when to let sounds brew in their ambience. By the time the first beep cuts jaggedly through the mix, I was literally startled, ritualistically checking my electronic devices to see which produced the sound (but actually the sound was produced by Neu Balance). Though some of the sounds are jarring, most of them are quite pleasant and interesting. The track has a breezy sound reminiscent of wind whistling, as well as ambient beeps that sound quite organic. Later in the song my ears were pleased by a soft tinkling sound that could be water dropping, but probably isn’t.

Overall, Rubber Sole is a pleasant fusion of ambient electronic and tastefully done house music, driven by the creative partnership between the two musicians. The sounds are melodic samples and synths, chopped up and arranged into interesting palatable compositions. Neu Balance’s use of sonic space is excellent: the mix of frequencies is pleasant to listen to and the samples are used in interesting and novel ways. But what’s most successful about their music is the fruit of their partnership: the casual warmth and conversation that their choice of sounds reveals, and the electronic bliss that it delivers.

You can buy Rubber Sole from 1080p on bandcamp for a couple Canadian dollars, because they’re Canadian.

Chakita is a lush instrumental electronic duo hailing from California (“LA to The Bay”). There’s a famous distinction in sound art between natural and…