It is a truth universally acknowledged, that (good) Francophone rock isn’t always easy to find. Time to meet Corridor: a Montreal-based four piece that writes and records entirely in French, and boy does it work. Mostly because the band’s Franco background isn’t an attention-grabbing shtick; it’s just, ya know, how and where they grew up. Corridor released Le Voyage Éternel (The Eternal Voyage) in Canada in May as a follow-up to their 2013 debut, Un Magicien en Toi (A Magician in You). It’s guitar-heavy indie pop done well, and a promising sophomore effort.

In many ways, Le Voyage is a no-nonsense record. The (mostly) airtight songwriting resists any unnecessary lulls; the music is almost eternally kinetic: upbeat without being exhausting. The arrangements are straightforward: drums, guitar, bass, vocals – while certainly not a novel combination – benefit from thoughtful production, and a great mix. In fact, the album lives by the perfection of its guitar tones. Corridor’s vocals are best when they reach, and soar – especially on “Plasma Fontaine.” In fact, Plasma is arguably the album’s best song, as it combines the greatest elements of Corridor’s sound; cool, groovy, grounded. 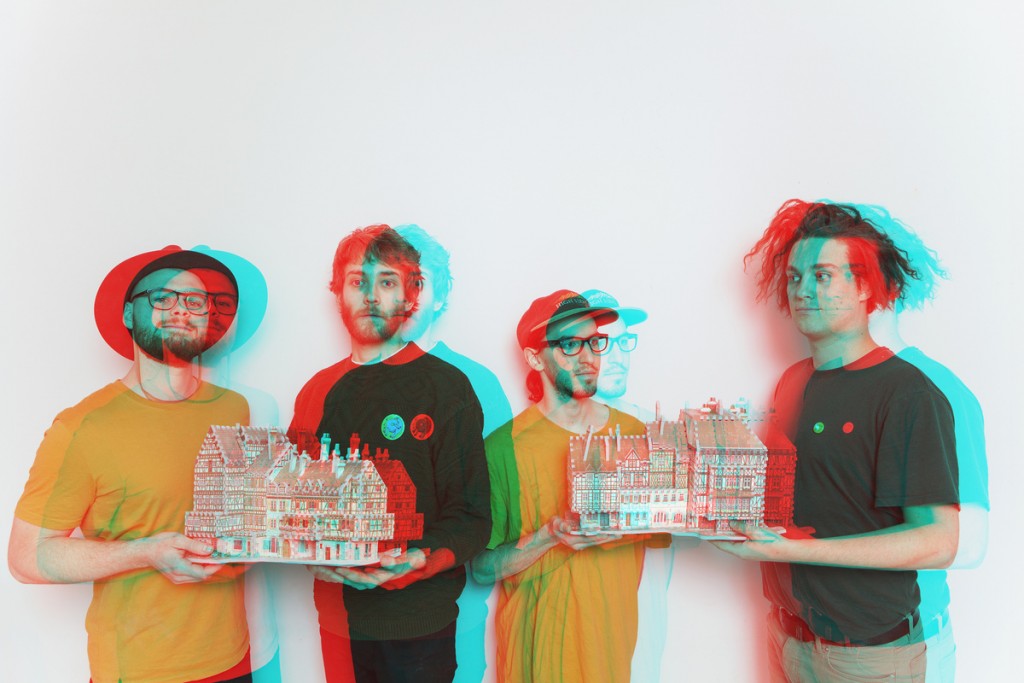 The two-faced Abus d’habits is another standout track. But by the time we get to Passage secret (Secret Passage), we begin to wonder if we’ve heard this song before. Corridor’s model is certainly a good one – but after nine or ten songs, it does feel a little tired. The brief interlude, “Le voyage éternel,” gives a quick respite before a very decent final track (“Retour au bercail 3D”). With Le Voyage Éternel, Corridor isn’t reinventing the wheel, but it’s certainly a lovely drive – and definitely worth a listen.

Keep up with Corridor on social media and buy their record on bandcamp.

Boston solo indie rocker Easter. (Emmett McCleary) teamed up with Seattle quartet Mixtape Minus to create a feelsy split cassette out October 23 on…