Philly-based band Dogs on Acid have quickly managed to pull at the heartstrings of 90s alternative-loving freaks like myself. With their fuzzed out indie rock vibe, the foursome seems to be playing off of the classic sounds adopted by Merge Records. Comprised of former members of the emo revival bands Algernon Cadwallader, Snowing, and Glocca Mora, Dogs on Acid’s eponymous debut strays from those projects completely. Instead, the album features no-frills rock songs that have the potential to be drawn from Superchunk or Archers of Loaf discography. But despite the obvious resemblances, Dogs on Acid bring an entirely new and fresh batch of tracks to the table.

Out since August 28th on Jade Tree Records, the 30-minute full-length delivers ten tracks, all of which have a tendency to stick in your mind like superglue. I’ve found myself walking down the street with the opening lick of “5th of July” replaying in my head over and over again.

Upon initial listen, the catchiest track plays about halfway through the album. On “9 Times,” frontman Peter Helmis croons “9 times out of ten I’m wrong, but I keep holding on.” He sings this four times over a foot-tapping riff and stark drum beat before a bass-heavy verse finally begins. 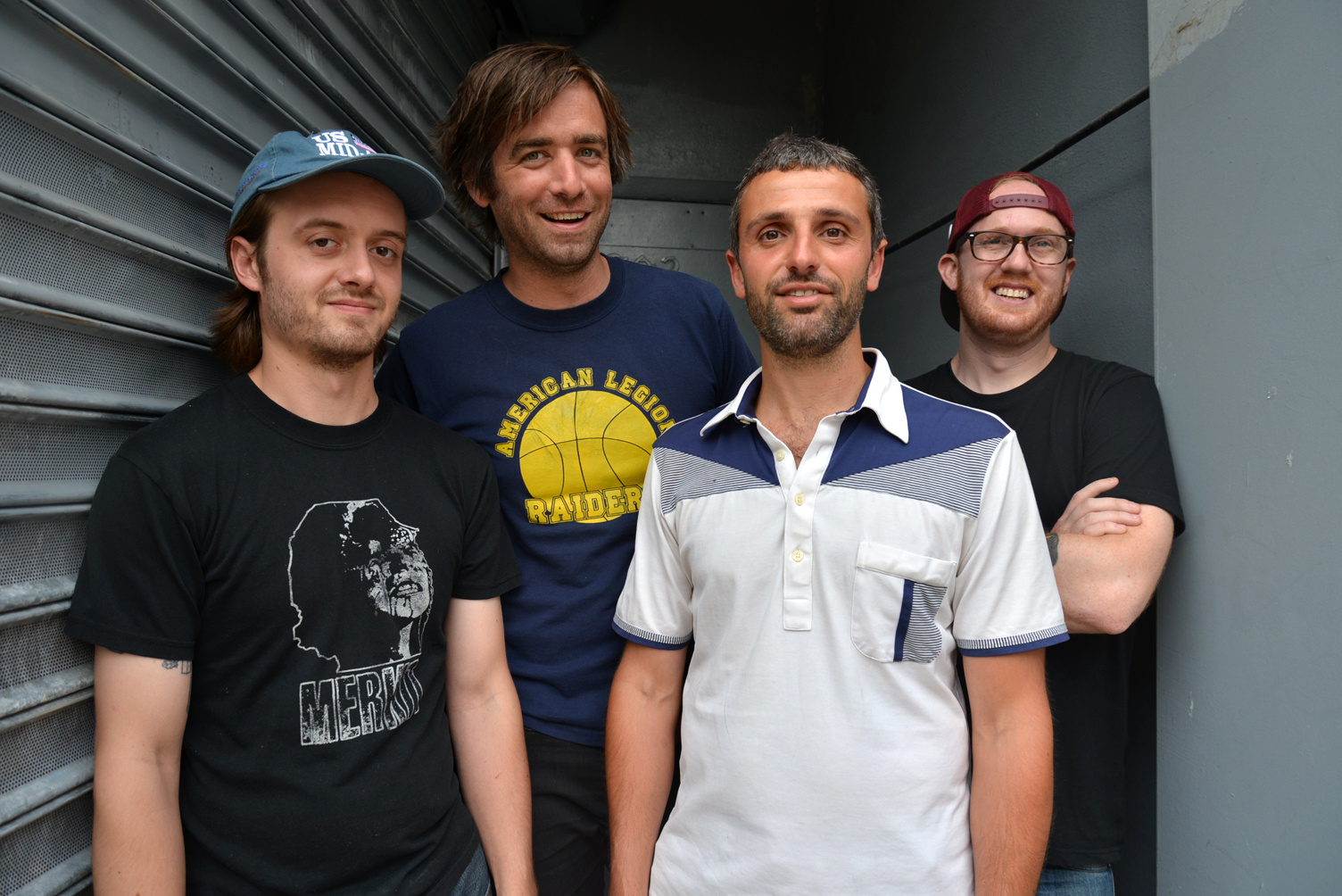 “Make it Easy,” the final track on the first side of the record, seems to compete with “9 Times” for the most singable song. It begins with cliche but clever comparisons that lead into the hook “I want time to be all mine.” At certain points, this track feels eerily reminiscent of a Pavement number, particularly when Helmis sings “I got a point to prove/Just cause you’re taking steps don’t mean you’re making a move.” Similarly, the penultimate track “Let the Bombs Fall Off” seems fairly nostalgic in that it tackles the dissonant noise that Pavement so masterfully executes.

The following song “No Trigger” continues in a similar way to “Make It Easy,” as the lyrics latch on almost immediately. Although a bit more subdued in delivery than the previous, the line “Call collect at the payphone/Charge it to a different timezone” proves to be yet another one of Helmis’ lyrics that seep into your brain and linger there until you force yourself to sing something — really anything — else, just so you can stop annoying your friends. But at that point, you should probably find new friends if they aren’t singing these jams right alongside you.

On the second song, the lead singer chimes “If I can’t have you, I can’t have no fun,” a lyric that perfectly describes how I feel about Dogs on Acid. They are the kind of band that makes me wonder what the hell I was doing before I discovered them. You can find out exactly what I’m talking about by purchasing or listening to their record over on their Bandcamp. You can also keep tabs on these animals via their Facebook!

California-based Giraffage’s Needs EP was released last year without much acknowledgement from media, but quiet popularity on Soundcloud and Tumblr. While not groundbreaking, Giraffage…