The Midwestern Bass Machine is the one-man bedroom project of Brock Splawski of Green Bay, Wisconsin, under on his own label, Disco Yeti Records.

His album was released on bandcamp with the accompanying quote from Animal Collective’s Noah Lennox aka Panda Bear:

“Without notice, I’ve become someone who’s out of reach.”
Noah Lennox

You can definitely hear the influence of Panda Bear on his music: wavy, hushed, percussive, a note of nautical melancholia. His choice of synths and echoed sound samples are similarly reverberated and soupy. The lyrics are frank and without metaphor. Though his influences show, Midwestern Bass Machine captures something very special of his own.

The album makes heavy use of both synthesizers and samples. The exception to this is “Real”, which features primarily an acoustic guitar. “Cities” is a short instrumental track made of various samples and audio effects. The reverberated piano riff is hypnotizing, with heavily-panned sampled audio and glitchy chopping. “Youth/Last Chance Before College” is a charmingly sad synth journey through something sonically like a breakup. The lyrics are sparing and sparse, letting the synths tell the story of heartbreak, redemption, and saudade. 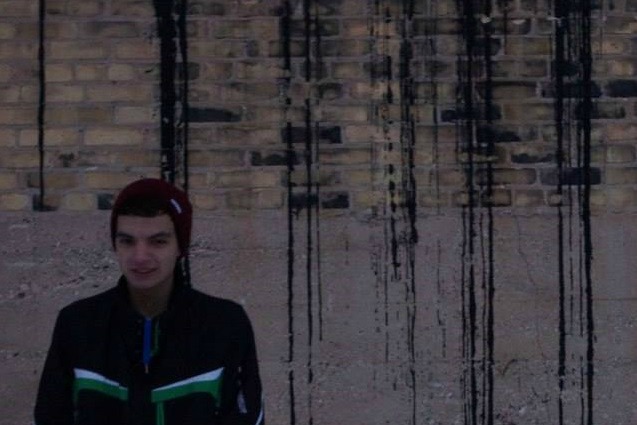 “Teenagers, Don’t Quit” is a track driven by a chugging drum-beat and a swirling synth, likening something like Toro Y Moi both in the spaciness and the falsetto. It’s a song about feeling restless in your hometown, of teenage angst and fumbling, the uncertainty of leaving high school behind and transitioning into adulthood. Brock is both self-assured and self-conscious (My friends will tell me that I’m way too gone to know my own fears / But even then, I’d like to think that I’m beyond my years). “Teenagers, Don’t Quit” is the most upbeat song on the album, and probably the most memorable.

Good art is vulnerable, and The Midwestern Bass Machine is an intimate portrait of the artist as a young man. Don’t Want to Live Here captures the wistful longing of youth and burgeoning adulthood in the same evocative way as something like The Virgin Suicides. The album as a whole is not perfect by any means, but it’s genuine. This is DIY music in its purest form, far removed from the hierarchy or PR bullshit of the music industry. Just a dude in his bedroom, pouring his heart out for the internet to see. I dig it.

You can pay what you want for the album on The Midwestern Bass Machine’s bandcamp page.

If you’re anything like me, you approach the vast majority of live records with a hearty dose of skepticism, almost inherently suspicious as to…