Tegh is the solo ambient/IDM project of Tehran resident Shahin Entezami, collaborating here with fellow Tehran resident Kamyar Tavakoli (also a solo artist) to create this 3-track release Through the Winter Woods which is being released on British label Hibernate Recordings today. I feel somewhat international writing this as I sit in my New York apartment – but this is tangential. 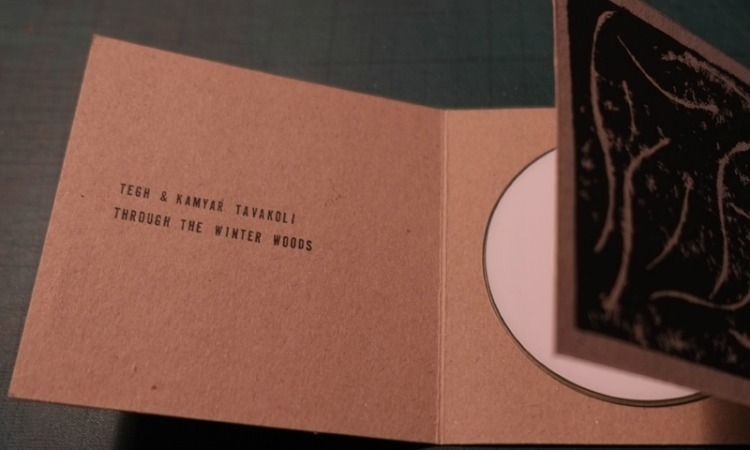 My initial challenge with “Hollow” is how to deconstruct what’s unfolding before me. The most beautiful aspect of the production on this album is that it’s really difficult to individuate elements (at least for myself) – at a guess I would assume that the production is minimal, but it’s also plausible that there are a lot of back-end gears chugging beyond the listener’s comprehension. A dark synth pad (a rumbling) temporarily intersects with a lighter, shimmering synth lead (a shining), and weird space tones fill the gaps between them. There’s also a higher harmonization which pulsates in a more definite time than the others (though each sonic element appears to maintain its own correlated rhythm), which makes my lasting impression of this track something like an ominous voyage through a viscous medium with shards of light poking through the oozing darkness. As “Hollow” reaches its conclusion, a more jarring, crunchy undertone is introduced to the mix – my initial association is that of a mechanical humming, but as it fades I begin to think more in the vicinity of deep space.

The most immediately noticeable aspect of “Fractal” is this ringing high tone that almost sounds like someone singing a note for minutes on end. It’s probably synthetically generated, but it gives this track a very choral and human feel that the first and third tracks definitely lack. The track name, upon reflection, might mean that this is a ‘nature song’ (wherein the human voice is simply one voice among many perceived organic textures) instead of a primarily human song. Anyway, as the track builds, there’s a noticeable progression in the tonal structure, but it’s not exactly what I’d call a ‘chord progression.’ There’s a looping of several smaller chunks of sound (ringing, washy, aural are some words that come to mind) which seem to sort of orbit the main ringing high tones and constant drone of the track, but it all feels sort of like it’s leading somewhere. By five out of seven minutes into the recording, another industrial sound effect (almost like the chopping sounds of helicopter blades, or finely-edged objects whirling through the air in general) slowly fades in and out, but the vocal-sounding high-pitched drone remains. I’m curious as to whether the loops in this track are calculated to happen on an intentional basis mathematically or simply placed where they sound best – the track name would seem to imply an authorial exactitude, but I can’t really know this information. 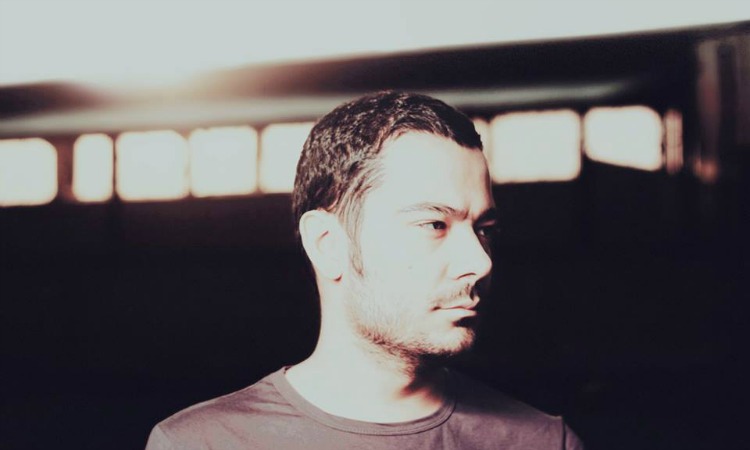 “Disappeared Stratum” brings to mind merely a different shade of the darkness that was represented on “Hollow”. I don’t really have a problem with music that fails to simulate motion (inertial/non-obviously-rhythmic music has a sort of novelty to me), but I do find it sort of troubling that I wouldn’t easily be able to tell you the difference between the first and third tracks after listening to this for 21 minutes. I’m not sure whether to say it’s a strongly thematic format (i.e. intentionally lengthy re-statement of earlier feel) or merely a lack of desire to flip-flop feels on the listener. It’s possible that I’m expecting an album to be both itself and a negation of itself here, but I did find this track to be sort of an underwhelming closer.

My favorite parts of this album are when my sound system begins to chug as a result of chunky industrial tones: “whugwhugwhugwhug” and “wshwshwshwshwshwsh,” if I had to use onomatopoeia. I want more of this hectic climax, it can never last long enough for me – the space vibes are alright, but Oneohtrix Point Never brings a more varied sort of spatial reasoning (heh) to mind. The album fades into silence with a delicately-plucked introverted guitar line; The Haxan Cloak provides a journey into bleakness with a few more rough rollercoaster twists and turns, and Forest Swords has a more varied textural vocabulary with a more directional bent. This is just personal preference, though – Through the Winter Woods is certainly worth your while, as is evidenced by all that experiential crap I just wrote.

You can hear more from Tegh on soundcloud or on social media. Kamyar Tavakoli has a soundcloud, but he remains mostly a mystery to us Internet wanderers. Also, here’s a cool playlist Tegh curated via Hibernate:

WindfallFound is a band hailing from St Catharines, Ontario who has released music since 2013. Their latest offering comes in the form of a…