Though Fleece’s bandcamp page spends 70% of its description talking about what genre the band identifies as (that would be: “Psychedelic Rock, Grunge, and Jazz, to capture a refreshing take on the indie rock genre”), I actually don’t think the band does itself justice by trying to categorize. “Scavenger” is just that: an amalgam of found sound, abundant instrumentation, diverse influences, fluid genres. The Montreal-based band (comprised of Matthew Rogers, Jon Bell, Colin Spratt, Gabe Miller, and Ethan Soil) released “Scavenger” independently on January 30 of this year.

There is so much variation between the tracks and fluidity within Fleece’s sound that it wouldn’t be fair to the band to try and condense them into a organized review without listing each individual track as an entity. Neither you, the reader, nor I, the author, have the attention span to do that. But really, you’ll get a lot more out of the album by just listening to it. 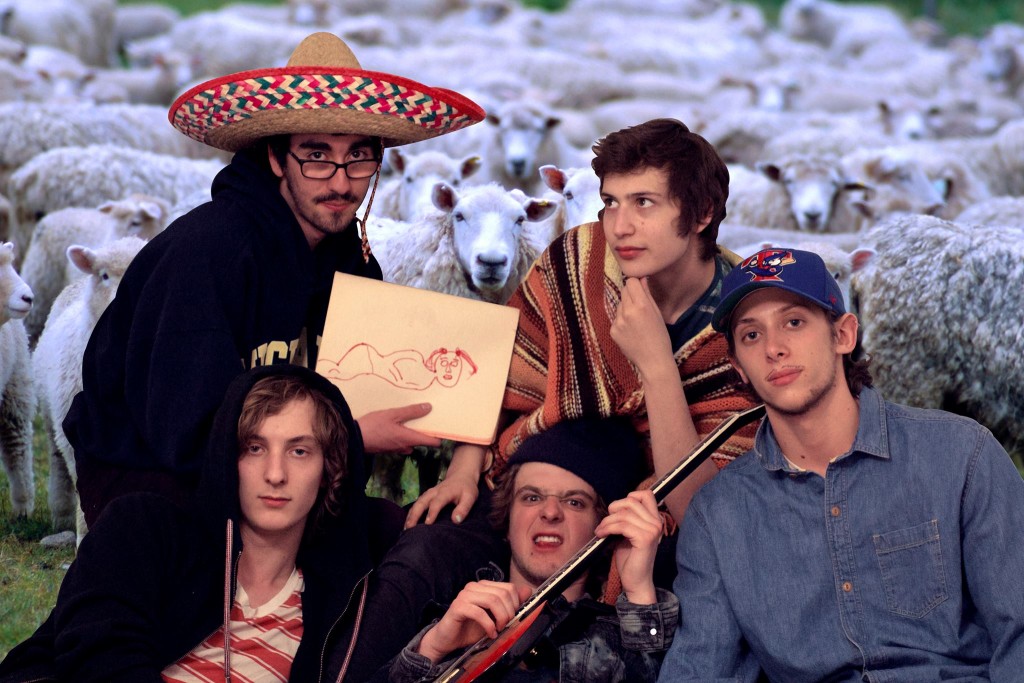 “Gabe’s Song” is where the band flexes its jazz muscles: it’s so different from the rest of the album, it had to be designated by ownership. The track features scatting, a bass solo, and a jazzy arrangement of drums. Gabe is the bassist, and he kills it. The song doesn’t stagnate under the weight of “jazz”. It allows the musicians to show their influences (and most likely training as jazz musicians), breathing life into the genre with something really novel. Perhaps the track is a bit out of place on the record’s aesthetic, but it’s a seriously wonderful display of musicianship that harkens acts like BBNG.

“CIA” is the most ‘punk’ track on the release, and definitely one of the most catchy. It recalls a lackadaisical, slightly baked Stephen Malkmus with his middle finger to the government and a slide guitar in his arsenal. Vocalist Matthew Rogers’ voice is at its most deep and derisive, as he jeers “these Americans”. There is also a synth solo near the end of the track, unexpected but welcomed in this tapestry of electric guitars. The guitars sneer and slip with a Silver Jews-like twang, providing an appropriately scornful background for a chorus whose refrain is “Fuck the CIA”.

If you’ve read this far and think you know what this album is about, you don’t. “Demanding” is a shimmery, synth-based track that ends with cacophonous and frantic drumming and fuzzy guitars. “Chocolate Milk” (track length: 4:20 (wink wink)) starts completely different than it ends, awash in spacey guitars and sparingly used toms. 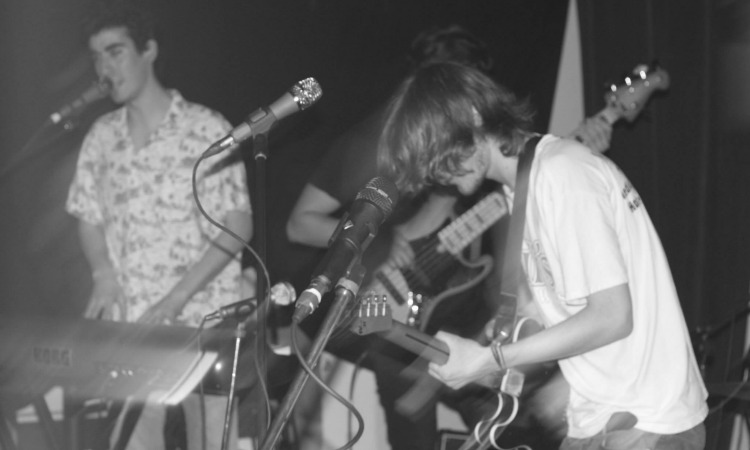 When writing this review, I found it challenging to latch onto a sound to describe. Not for lack, but for excess. Every time I’d write about a sound I liked, another equally impressive instrumental subtlety would appear in its place.There is so much going on here. It can’t be discounted how smooth and restrained this album is – though there are moments of limelight in several instrumental solos, the sounds mesh together with wonderful virtuosity and coherence. It’s clear each band member has really thought about their instrumental part, especially in its relation to the entire composition. There are some wonderful flourishes, too numerous for me to attempt to name: a tambourine hit or two, a few twinkling keys, a roll of the drumsticks, a small vocal harmony. The overall effect is a collection of stunningly complete tracks. Few bands, especially bandcamp bands, are able to achieve the level coherency Fleece has exhibited on “Scavenger”. Fleece is a band on the rise: frenetic, creative, and wickedly talented.

(Also, as an added tidbit of information: the band used landr.com to master its tracks. Though there is definitely some weird and tinny compression on the drums, it sounds damn good for being machine generated. Lol we’re all going to be replaced by robots.)

Dave Amazin had a pretty hot stretch leading up to V-Day weekend, releasing a slew of singles and flexing hard as ever on social…