Pony is a South Korean ‘lo-fi disco’ outfit who just released their second LP I Don’t Want to Open the Window to the Outside World on Tree Machine Records. They began as a self-identified post-punk band, then shifted to a shoegaze/dreampop sound before settling into a sort of progressive instrumental sound which echoes Ratatat and The Beta Band in my mind. In any case, the whole album is available today to stream at your leisure, and I highly encourage this sort of activity.

If I had to characterize the sound of Pony in one word, I would choose “groove.” There are occasionally quietly mixed background vocals which sneak their way into your mind, but these clearly aren’t as important to the tracks as the drum machines and looped guitars/keyboards are. I don’t really have a problem with this, you know? I’m the kind of guy who can sit down and listen to an hour-long album with just two vocal samples across the entire thing and say I had a good time afterward. So, dear reader, I suppose you should take my words with a grain of salt if you’re not so into the progressive beats scene. But I dig this. Lots of non-overwhelming reverb and delay and busy riffing that isn’t annoying or excessive.

Wait a minute, “Seedsizes” (track 4) actually has a pretty great Black Moth Super Rainbow-esque whispered vocal line, so I guess I was wrong. Still, don’t look to Pony for mind-blowing lyric poetry. These guys are the masters of atmosphere and ambiance: each song cultivates a specific and individual vibe which overlaps with other tracks, but no single track overstays its welcome. That’s actually a huge thing I look for in albums – did each song need to be as long as it was? In this case, yes. 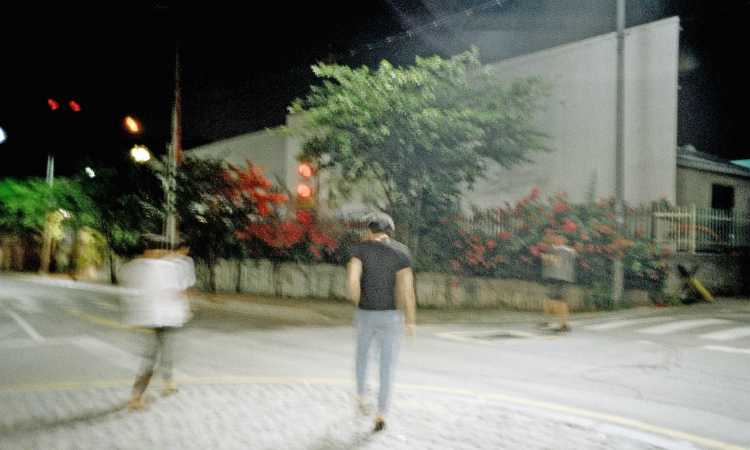 “When Your Love Comes to Grave” shows that Pony seems to keep a few of their shoegaze roots (the initial rhythm feels like it’s straight out of a My Bloody Valentine track or perhaps a Dead Mellotron number), but they’re drowning them via their preference for Washed Out-style ambient beats and perhaps objectively more interesting choices of instrumentation and distortion. This music rides a fine line between several hip-and-happenin’ genres in a pleasant, masterful way – it feels almost like being taken through a tour of someone’s music taste, but creatively so. They call their music ‘comedy country,’ ‘lo-fi disco’ and ‘sexyshits’; this alone should separate the real fans from the superficial ones. Pony has a serious appeal with a light-hearted mentality, and I respect them for that.

You can buy this record via Tree Machine Records or stream it on soundcloud.

PWR BTTM is a Hudson-based garage punk duo composed of some wonderful queers, and the self-titled single from their new album Ugly Cherries came…