The future, my friends, is an open door; and the future, my friends, is altopalo. The Brooklyn-based alternative-electronic quartet premiered the stream of their long awaited debut LP noneofuscared on Pigeons and Planes this past Monday (buy their album on their bandcamp). Nearly two years in the making, noneofuscared comes to us as part acid trip, part schizophrenic outburst and part childhood dream. The record exemplifies a combination of keen production prowess and accomplished, soulful performances on all instrumental and vocal tracks. The recent NYU grads are certainly making good on their Bachelors of Music.

Seven tunes might seem a bit on the lighter side for an LP, especially when two of those songs are just over 30 seconds, but man, are these tracks dense. The sonic variety contained within “hahsnheads” covers everything from a sample of a sprinkler to the most ghetto stomp-inducing hook I’ve heard in a while. The parts sound complex, because they probably (definitely) are. But then again, they have to be. 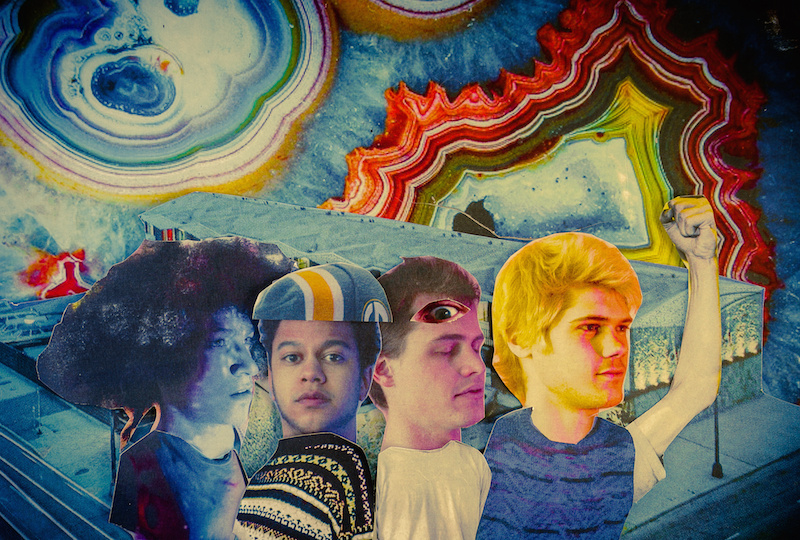 Compositionally, altopalo proves that they can do it all. You want an indie/alt guitar line complete with harmonics? “bask et” has it. You want downtempo metric modulations? “loafly” it is. You want sing/talk a la Drake? Not a problem for noneofuscared. The sing/rap thing can be hard to pull off but lead vocalist Rahm Silverglade effortlessly lays his lyrics deep in the groove, most notably on “chagrinning.”

This record is so good that it psyched me out of my own conventions of listening to music.

This record is so good that it psyched me out of my own conventions of listening to music. I usually cringe at the sound of bird chirping/nature samples but I found such sounds quite welcome in “goodnight (boom),” the album’s final track. The sample is not just an endless sonic bed, but rather a loop that acts as part of the orchestration, filling silence at different points as in introduction plays. That’s some crafty musicianship and you’ve got it hear it to believe it, man.

Keep up with the sonic ramblings of altopalo on facebook or instead buy their tunes on bandcamp or stream ’em on soundcloud. Hooray!

Frog is a two-man band splashing about in the waters of cymbals and casiotone 101s. Frog is based in Queens, and it declares that…