It’s hard for me to imagine a better day than Good Friday to post a track from Third Child. Third Child is Ryan Lloyd, Montreal-based songwriter who writes songs that “sound like pop music, to him.” I played with him a couple weeks ago in Montreal; he opened his set with a French chanson which (in conjunction with his cuffed slacks and classy socks) made me reminisce to my days in Paris listening to Jacques Brel like the contrite ass I sometimes pretend to be. In any case, you won’t be hearing the same sort of chanson with There Is Imperfect Black In You – but hit play before you keep reading. 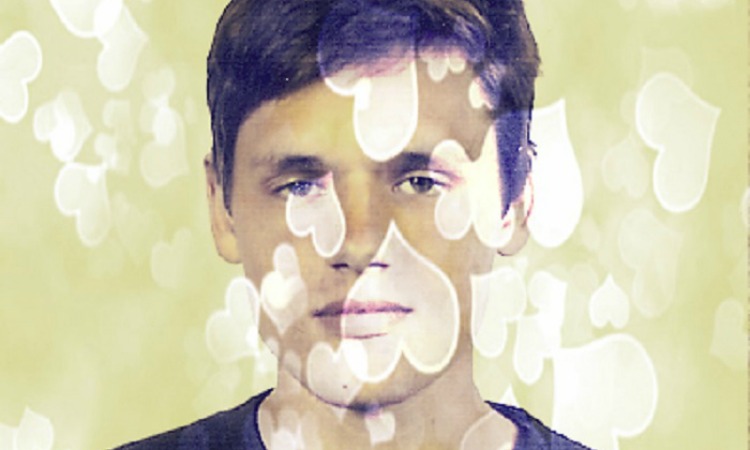 “There Is Imperfect Black In You” begins with a pulsating bass beat which is flanked by spacey almost-vocal-sounding synth pads before the main chord progression is plunked out by a decently edgy electric piano. “You can always feel free to call me back,” Lloyd coos above layers of piano and guitar, cadence slowly building the whole time. This vaguely electronic approach to classic songwriting is probably what surprised me so much about that first song Lloyd played for us in Montreal – I was thinking there would be a keyboardist and a drummer with a beat-pad, but Lloyd opened up the show with an acoustic guitar and stuck with it even when he was joined by his lead guitarist, drummer, and bassist. My favorite bit of this track is probably the last minute, when the main lyric track is totally drowned out by accentual vocal layers and a really awesome cosmic synthetic warbling effect, produced by either distorted guitar or synth (hard to tell). I guess if I had to pin a label on this track, it’d definitely be ‘gospel pop.’ Pretty cool stuff.

You can keep up with Third Child on social media or stream his old LP on bandcamp.

Lucki Eck$ is a Chicago-based rapper who specializes in monotone, drugged-out ambient raps rich in his own experience. We’ve seen him previously on his…