There are certain styles of music that have simply fallen out of critical favor as the years have come and gone, old sport. This much is all but a self-evident truth at this point, far from some new illumination begging whiskey for clarity – though if you’re anything like your humble narrator, the brown stuff does usually help (he writes, eyeing a nearby handle). And yet, on increasingly rare an occasion, even accomplished artists channel long since down and out-of-style passions. You know, the sort of stuff you keep to yourself, like a distaste for Radiohead in my case, or like overtly championing the Grateful Dead in that mecca of cool known as Williamsburg in 2015, especially when you’ve got a day job as the bassist in a fashionable band of tremendous critical acclaim – excuse me as I hyperlink to the wikipedia page. But then again, that’s exactly what happened at the Brooklyn Bowl on a Thursday evening in mid-November, where Alex Bleeker and The Freaks debuted Country Agenda, their third record to date and one indebted to the country rock stylings of the 1970s. I wrote a review of the record in question a few weeks back which you can check out here if you’re so inclined. Otherwise, let’s sink another drink and move on, shall we?

With the lights down and the feeling mellow, Alex Bleeker and The Freaks take the stage, one limited in frill, featuring fairly unimaginative yet sufficient lighting and nothing more than a red velvet curtain behind the band. Dressed in faded blue jeans and an oversized, patterned flannel, Bleeker stands center stage, strumming and singing with a fluent presence that proves low-key. The band opens with “Little Dream I Had,” the first track off of the new record, and it becomes immediately apparent that the expected mellow mentality is likely to endure the entirety of the set. The crowd might be most accurately classified as small, especially given the fairly large general admission section, and looking around, I am struck by the versatility of the audience, one comprised of fans of this particular country blend of the past, consisting of aging hippie couples, young Brooklyn long-hairs, and everything inbetween. Given the infrequency of this style of music today, particularly up North, it is not surprising in the least to see it’s fans come out of the woodwork on a night like tonight. “Nice to be back in Brooklyn. This is the release show for our record, so thanks for coming out,” Bleeker says humbly into the mic after the song ends. The crowd cheers and I yip yip yip, taking a healthy gulp of my seven dollar beer. 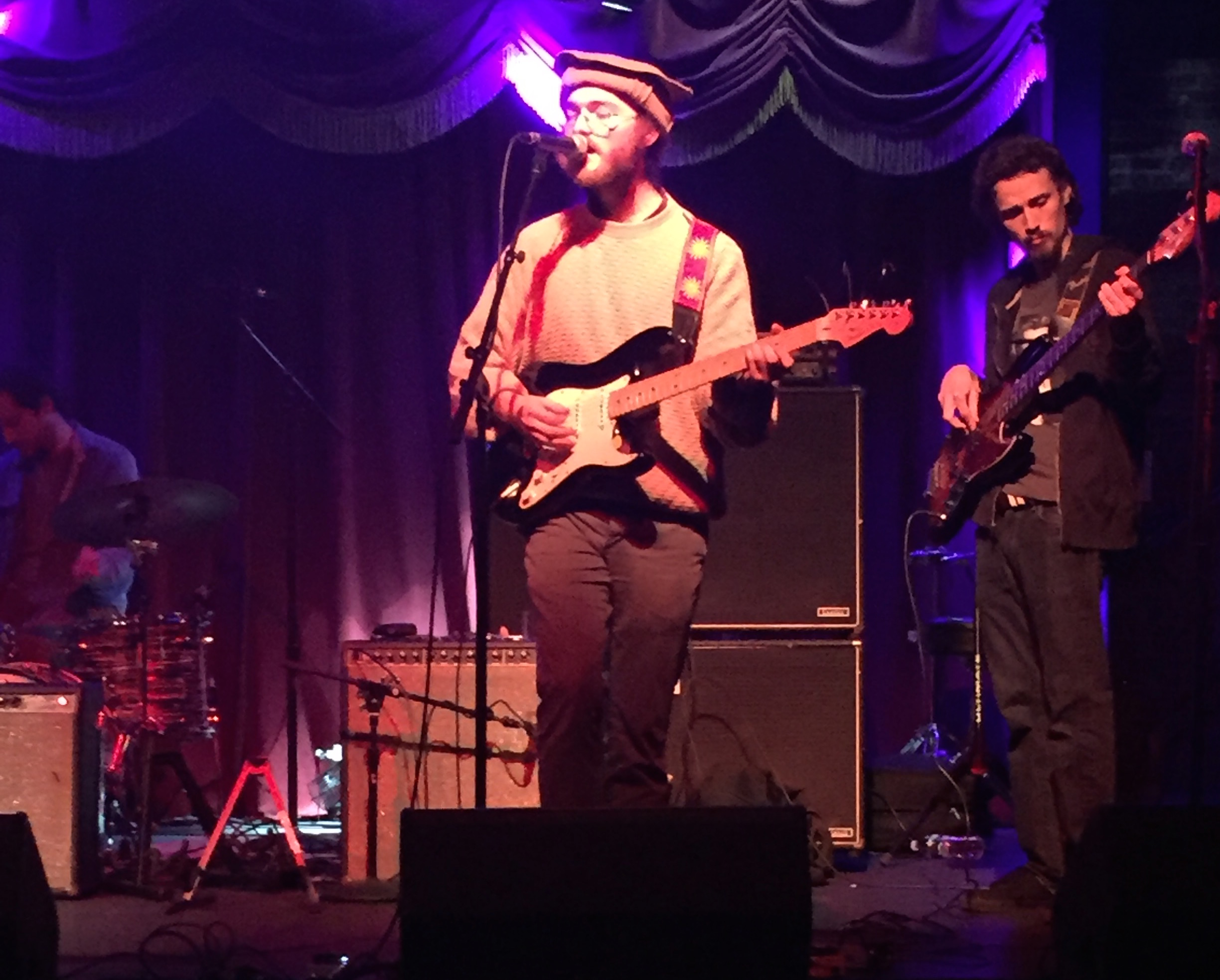 It feels important that I note one major distraction which bothered me for the entirety of the show and bothers me still: lead guitarist Alex Steinberg’s preposterous hat. Honestly, somebody ought to let him in on the fact that fashion surrounding headwear has come a long, long way since the renaissance. I mean, Jesus Christ, what a bogus affectation. That said, Alex Bleeker and The Freaks move through their set in an enduringly laid-back manner which, at best, suits the genre and provides an emotional context for the tracks and at worst, makes for a somewhat boring show. Midway through the set, bassist Nick Lenchner wishes happy birthday to his sister (who happens to be standing next to me and appears quite pleased) before launching into “Portrait,” a track on which he plays bass and charmingly, in a rough around the edges sort of way, sings lead. Despite his horrendous hat, Steinberg manages to partially redeem himself here, improving the track with blissful slide guitar fitting of Jackson Browne’s earlier work on records like For Everyman and Late For The Sky. When Bleeker and the boys play “The Rest,” my personal favorite from Country Agenda, it really does sound like “The Weight” by The Band, by which I mean it sounds brilliant. For a few moments, it is as if the audience is seeing a classic country rock band in their prime – and while that might typically indicate a group’s unimaginative lameness, the mastery and understanding of craft here allows the song to transcend any possible criticism. When that peculiar single “Sealong Hair” begins, however, I hit the bathroom. It’s a boring song made worse by an overly chilled out performance.

“It’s music for barreling down barren highways, it’s a proper roadhouse blues that evolves into an outright extended jam”

There are other moments throughout the set where Bleeker takes a back seat as on “Portrait,” allowing Steinberg to sing lead on occasion in addition to Lenchner as previously mentioned. In these instances, Bleeker has no trouble fading into the background, effectively muting his presence in the sort of way only a long time bassist might know how. Towards the end, the band plays “U.H.M.,” exhibiting an effortless cool that strikes me as somehow akin to that heard on Warren Zevon’s live rendition of “I’ll Sleep When I’m Dead.” It’s music for barreling down barren highways, it’s a proper roadhouse blues that evolves into an outright extended jam, something that I typically do not enjoy but that works wonderfully here.

On the whole, I am most pleased to report that the entire affair proves reminiscent of the music Bleeker and the gang enjoy, rather than merely derivative: thus, the results are easy and enjoyable by and in large. Following the Country Agenda set, Alex Bleeker and The Freaks go into a full Grateful Dead set, featuring such guests as Steve Gunn and Martian Courtney (also of Real Estate) but I do not stay for it, already too drunk and frankly far from interested in Dead tracks that aren’t “Friend Of The Devil,” “Uncle John’s Band,” or “Casey Jones.” What can I say, the night got away from me, dear friends. In the end, I’m just happy I made it home, empty flask, purchased vinyls and all. Let’s do it again next week, yeah? Oh, and fuck Steinberg’s hat. Over and out. 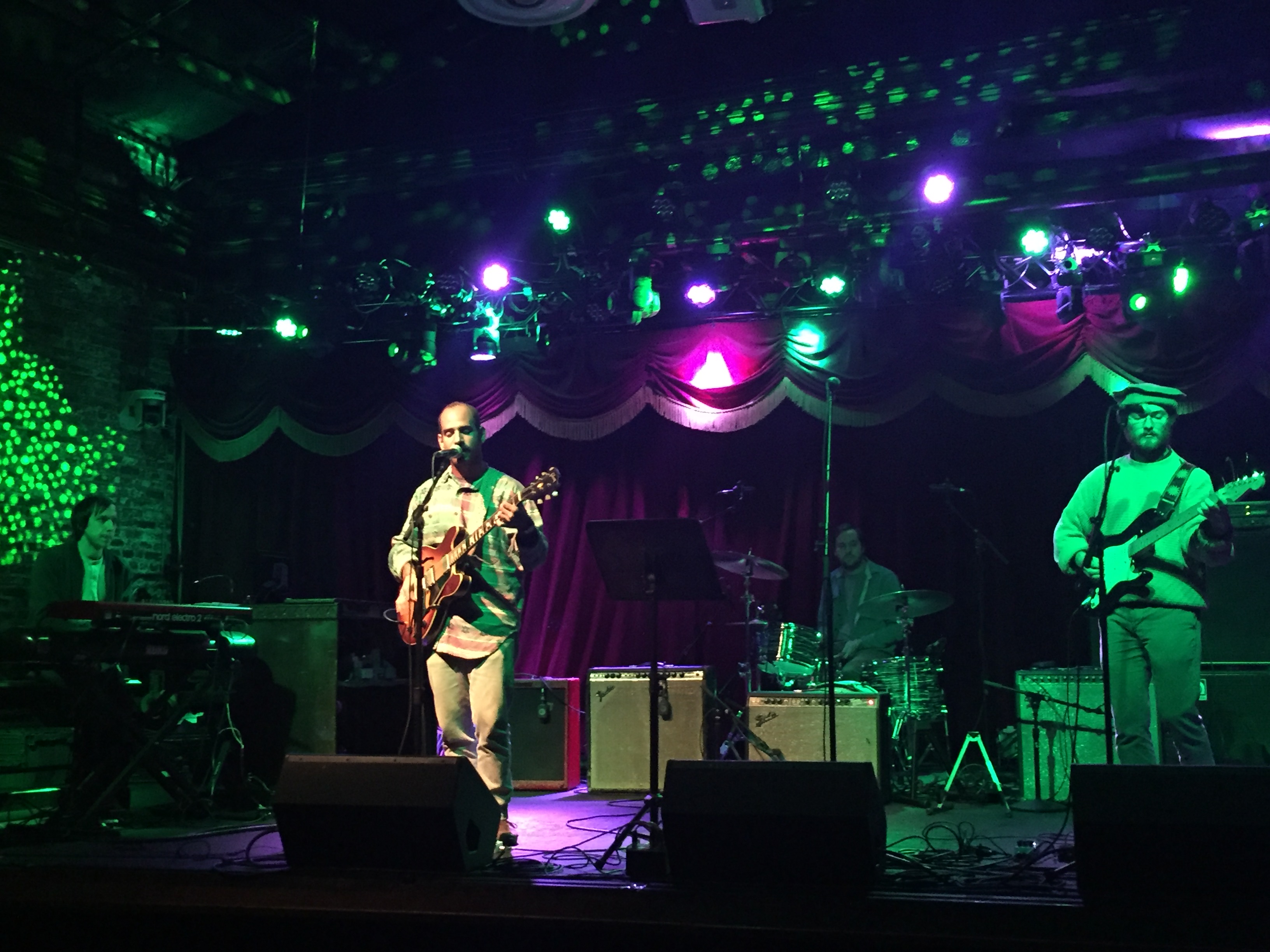 When the House of Balloons mixtape dropped in March of 2011, the world knew little to nothing about Abel Makkonen Tesfaye, a Canadian artist…