March 5 at 12:53pm: “from now on gonna try to b real life band that means expanding our internet presence and being kinda annoyin maybe and havin twiiter”

This is welcome news indeed. Horse Jumper of Love are Jamie, John, and Dimitri, three dudes from Massachusetts who make heady, droney, sometimes haunting songs, and (as promised) they’re about to (try to) be a real life band. There are two versions of HJoL for me: the live iteration all plugged in, huge guitar swells, schizophrenic dynamics, quiet to loud and then back; and then the fragmented online collection of demos and stripped down acoustic bedroom ballads, the first evidence of which dates back to July of 2013. 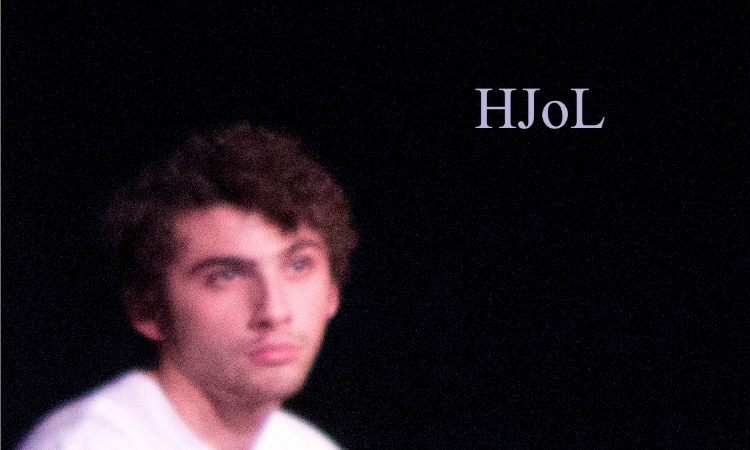 Heathen/Demos lasts all of 9 minutes, but takes some abrupt and jarring turns along the way. The second track, “86.” opens with a blown out and propulsive guitar jam reminiscent of the Radio Dept. that morphs into a synthesizer cathedral after just thirty seconds, with guitar noodles meditating and resisting the approaching fade out. “It’s Nice” is accessible pop goodness with its insistent midi beat and a breezy doubled vocal melody, all glued together by that overly characteristic sweet shimmering chorus guitar tone that’s freaking everywhere, but I can’t help but love. “Hole,” the last song on Horse Jumper’s first entry, an autumnal track about digging one’s own grave, points like a thematic arrow to their subsequent releases.

The “Dirt” single hit the interwebs in October of last year, and it’s the song I most vividly remember from seeing HJoL live at the Whitehaus – mainly because of the shrillness of the opening riff and the heaviness of the fully amplified band over the open-tuned drone. The acoustic rendition is soothing and peaceful, but the lyrics are more and more unsettling each time I listen for them, something at the same time childish and supernatural. The “B” side (so to speak, I don’t believe there are any physical copies) is an untitled slowgazing soundscape, blending hazy incoherent vocal sounds with all-engulfing acoustic strumming.

Horse Jumper of Love’s most recent output, Ur Real Life Dress, opens with a similarly gazey soundscape intro that could serve as soundtrack for some lost Maya Deren film. It spills into what I appraise as these boys’ best song, the swaying gently Americana death ballad “Graveyard Harmony.” It reminds me of the simple natured and deliberately effortless poetics of Leonard Cohen, with a bit of pastoral Daniel Rossen-esque guitar changes thrown in to close out the track that evokes driving through western Massachusetts in total darkness. The title track of the 4 song collection is a brighter and considerably lustier track: “I feel ok/under your real life./I feel ok/under your dress.”

I know for a fact (FACEBOOK TOLD ME!) that Horse Jumper of Love are laying down tracks in the studio for a fully orchestrated rendition of some of these songs, and maybe even some new ones. Check out existing demos and acoustic tracks on their bandcamp, and keep your eyes and ears peeled for these equine fellows.

California-based Giraffage’s Needs EP was released last year without much acknowledgement from media, but quiet popularity on Soundcloud and Tumblr. While not groundbreaking, Giraffage…