Seismic Thrust is a “Psychedelic-Punk” band based in Philadelphia. They released an EP entitled “Be Cool” (quotes included) at the end of July, their third release so far.

This week Seismic Thrust released a video for “Tribal Pop”. The totally serious video is a long take of a white guy in a bath filled with bubbles and beer cans, smoking a cigarette with a existential/frustrated facial expression. He takes a sip of beer once or twice too. I was waiting for a surprise at the end, but there isn’t one. It’s just a dude in a tub.

“Tribal Pop” is the scratchy, basement lo-fi sound that is quite characteristic of the Philly scene. It’s mostly a fuzzed up guitar and wet drums. The vocals are a call and response (“Devil really doesn’t look that bad”), often delivered simultaneously between the male/female vocalists. They’re pretty minimal (or unitelligible) in comparison to the instrumental elements of the track. Worth mentioning is Seismic Thrust’s cool experimental guitar work, with use of harmonics, squeaks, and solos. 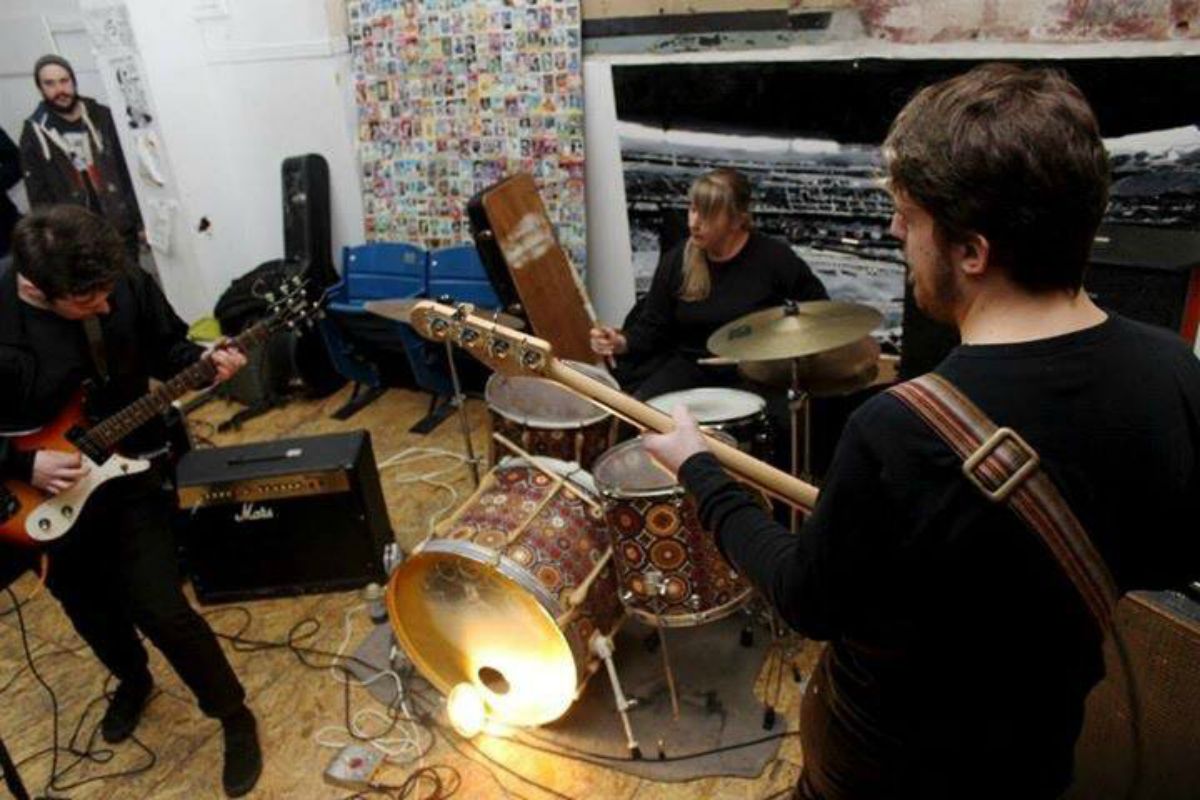 The quality of the recording definitely gives it a supernatural, otherworldly sound. The guitars float eerily above the other instruments, stewing in reverb. It’s a sound you’d have to hear live to appreciate the pure scuzziness – fortunately, our NYC readers will have to chance to catch Seismic Thrust at VENUSFEST in October.

Click deez links to check out their bandcamp and/or buy their cassette.