New York City avant-garde rockers Glitterbox just dropped their very first recording, an intense composition titled “Maiden Aunts.” In all likelihood, you’ve never heard of these guys before – I had the pleasure of getting an early first scoop because of my long, loving relationship with drummer Harry Terrell, who also plays in the LA/NYC-based space-jazz project The Breathing Effect. They’ve already played shows with some of our favorite bands, like altopalo and Bat House. Without further ado, check out the tunes!

“Maiden Aunts” occupies a pretty peculiar niche in musical space. Tense jazz chords comp’d on guitar, ascending vocal melodies and tightly-coordinated rhythms in combination tend to remind me of the Dirty Projectors, but when the track gets down to brass tacks it has a slower, spacey vibe that the Dirty Projectors just never really shoot for. In fact, if I had to describe it to someone who would never actually get the chance to listen to their tunes, I would probably say it’s a mix between stoner rock, post-rock and whatever you wanna call the experimental/jazz influences I was just describing. Though the rhythm section work on this number is outstanding (what else would you expect from Chris Gaskell and Harry Terrell?), the mix seems to favor guitar layerings and vocal harmonies (guitar by Lee Meadvin), at least in terms of volume; I think I can also pick out a layer of keys, which comes across as super glossy and pleasant and subtle all at once. The band also seems to enjoy deconstructing phrases as they progress, oftentimes doing collective “fills” which amount to disjoint hits that verge on atonal composition between perky verses and oceanic “oohs” and “aahs” in the chorus. When it comes down to it, I guess I’m a sucker for this new fusion experimental pop sound – “Maiden Aunts” is the perfect debut track for a band like this, a track that mystifies and whets the listener’s appetite.

Keep up with Glitterbox on facebook and stare eagerly at their Soundcloud page awaiting new music. 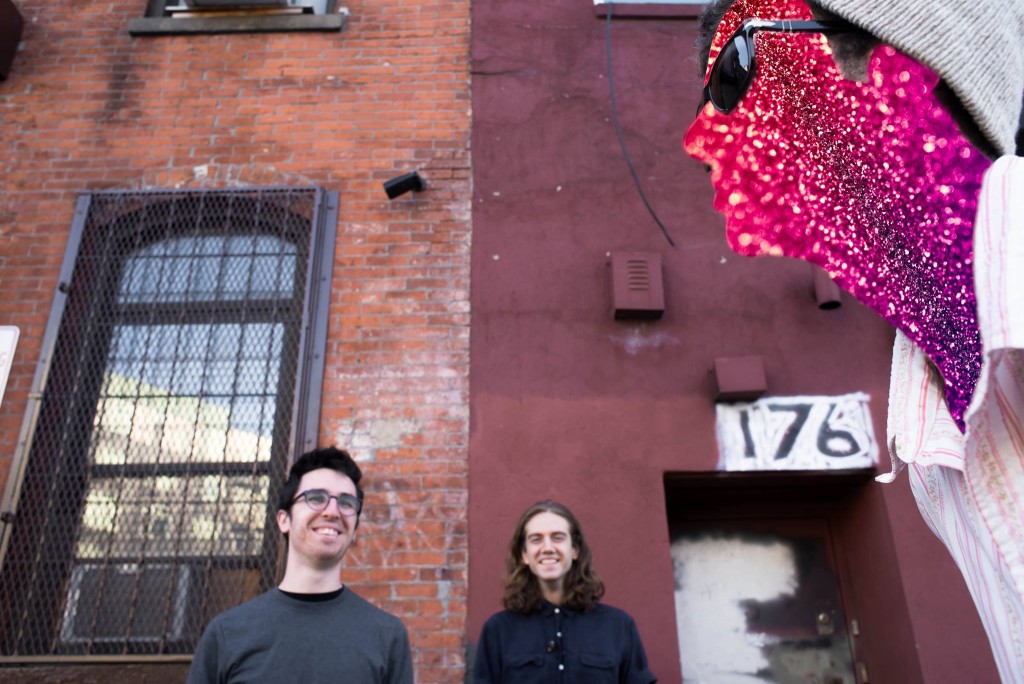 Photos and gifs from last month’s Trie Showcase at Babycastles in Manhattan. Full size photos and hi-res downloads available on our Flickr.