Quarrels was formed in late 2013, each member coming from a diverse but heavily musical background. The quartet specializes in an unnameable combination of post-hardcore, emo, and like genres, finding their niche and exploiting it perfectly. Between the catchy lyricism of Cory Best’s lyrics, the angular pummeling of Jeff Crenshaw’s drumming, and Ryan Bernardo’s touchy guitar work, Quarrels make something akin to pop-inflicted math rock, a strange but ultimately alluring brew. We’ve got the first listen right here for you.

The single “Godsend,” out via Sad Cactus today, opens with layers of crystal-clear, shimmering guitar runs, insistently forming a rhythmic call-and-response with the vocals. Guitars climb, drums enter into a contest of sorts, the rhythm and string sections pulling and grabbing at each other playfully like two metalheads in a mosh-fight. Anyone who grew up listening to emo or pop-punk of the early ‘00’s will enjoy this grown-up, proggy approach. The break around 1:29 recalls one of Smashing Pumpkins’ darker moments, before the tightly wound instrumentation begins to unravel to its satisfying finish.

Keep up with Quarrels on social media and buy the tape or CD of their debut LP via Sad Cactus Records (here). 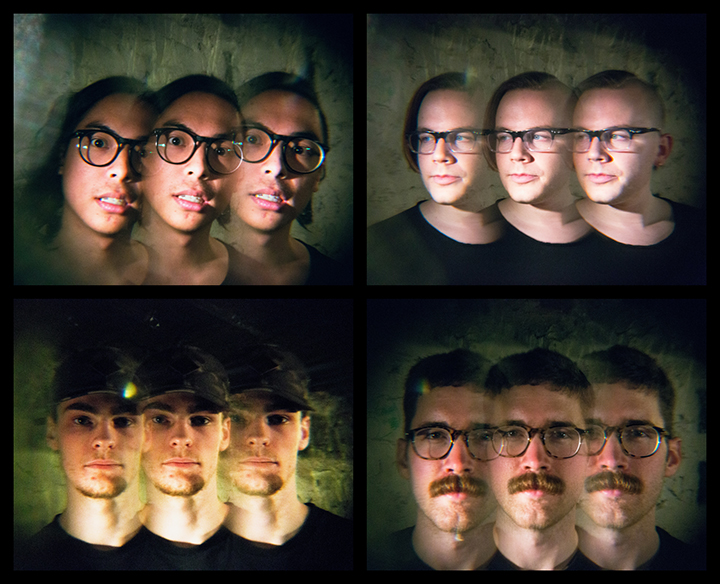 Nicholas Nicholas is the Brooklyn-based dark pop project of one Chris Masullo, who seems to delight in long track names like “Because of Fire…