At this point, I’ve totally lost track of what show number we’re on. I will say, though, that this is going to be one of the most laid-back and groovy showcases we’ve had yet. Four bands (including Canadian touring Tree Machine Records-based wizards Living Hour) will gather at the Bushwick Mexican eatery Don Pedro on this Friday, September 25th, and they will absolutely explode the shit out of the venue with guitar sounds and hazy greatness. I’m not sure why I called it GLAZE – perhaps because of the psychedelic sheen that coats the timbres of these bands?

frog is perhaps my favorite local artist. I mean, I don’t want to play favorites like that. But sometimes you just gotta be honest and tell it how it is. They’re a swampy, nostalgic, energetic, endearing two-man guitar alt-country band that hails from Queens, and their array of suave live performance maneuvers involves jumping around and squawking. I couldn’t express myself more fondly. I’m gonna attach one of the few tracks that hasn’t already been featured on No Smoking, a B-side to the excellent single “Photograph.”

This is the reason why this showcase exists! The very international touring stars you’ve been dying to see! Living Hour is a psychedelic dreampop band that hails from Winnipeg, CA. They work with both the lovely Tree Machine Records in Indiana and the somewhat more established (yet less familiar to me) Art Is Hard Records based in Bristol, so these guys have clearly got their international coverage set out for them. You can listen to the track below to hear why exactly that is – I, at least, am convinced they deserve the attention.

God Tiny are a bunch of Brooklyn-based guitar rockers who self-describe as “soulful hooligans with a lot of love to give.” I first ran into these guys when I was recording with Jeremy at the Brooklyn sonic tinkering factory Mama Coco’s Funky Kitchen and received first-hand experience of their prowess. I’m convinced that their set will be soul-rollickingly good. 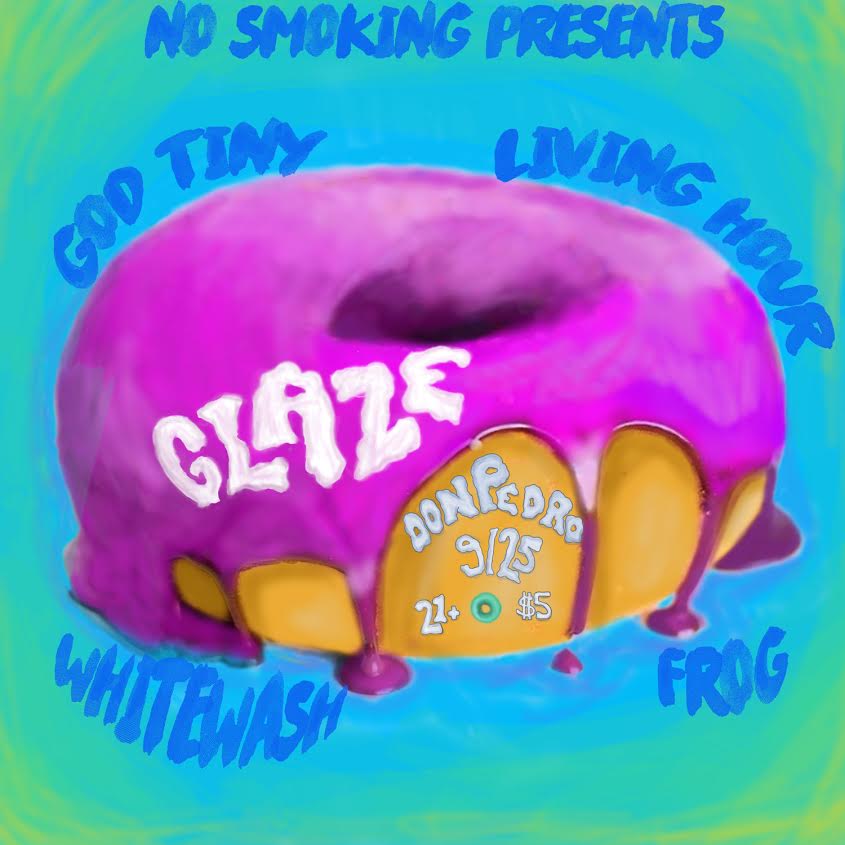 Ackerman is the ambient electronic project of one NYC resident Jordan McAfee, and he’s just released a new video for “Trip” made by fellow…