Edmonton-based indie rock groover Travis Bretzer is going to have to work hard to distinguish himself from the same surge of Canadian off-kilter pop which has brought him to the national spotlight via his release of Waxing Romantic on Mexican Summer records. He’s gracing us with a snapshot of his humble origins by re-releasing his first album Saucy Tasters on cassette via No Smoking favorites Human Sounds Records, and we’ve got the exclusive USA premiere for you kids! Stream away.

I have to admit, this album really DOES sound like the Alex Calder/Mac Demarco collaborative project Makeout Videotape which only recently accrued mainstream recognition (my band was covering those tracks in 2012, baby). It also came out in the same year – 2010 was apparently when this weird alternative sleaze-pop started trickling its way down from the north. Twanging guitar leads and jangly, booming, simplistic rhythms are staples here – Bretzer sets himself apart from the masses with some messier vocal textures and, on the whole, a solid singing voice. 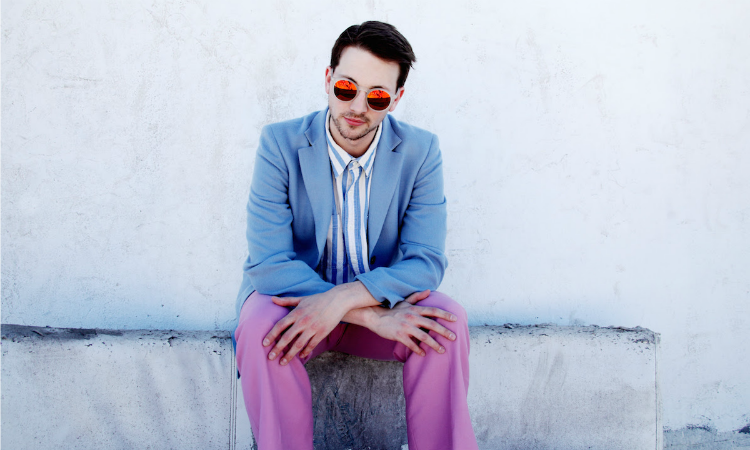 “Fell Thru the Cracks” actually reminds me more of the ska-punk tunes that populated Tony Hawk N64-era games than pitchfork-approved indie pop, which is refreshing. In fact, a lot of the vocal delivery makes it sound like Bretzer is from the US west coast and like his album came out a solid fifteen years earlier than it did – nostalgia-core, but somehow not exactly Canadian nostalgia. All things considered, I guess I don’t even really have a solid grasp on what Canadian nostalgia would sound like. But yeah, there’s definitely some Cali beach-pop vibes in here. Maybe this unidentifiable twang is what leads so many misguided internet critics to label Mac Demarco as ‘surf rock.’

If I had one criticism of this record, it would probably be that Bretzer seems to focus his efforts on shining vocal and guitar tracks while the rhythm section sort of trails in the background; drum and bass parts are pretty much placeholders left there to prop up more intricate guitar riffs and vocal melodies. We’ve definitely seen this change on his more recent releases already though, so it’s kind of a silly thing to even mention in this review. But there you have it. All in all, Saucy Tasters is a phenomenal blast from the past debut album that showcases Bretzer’s less publicized creative efforts with flying colors.

You can keep up with Travis Bretzer on social media, stream his more recent music on his bandcamp, or (of course) buy this cassette from Human Sounds on their bandcamp.

This is a guest post by Thomas Scappini. “Jenny Death when??” was the cry that came from internet music boards in anticipation of Sacramento-based…