Scattered Clouds are a psych rock band hailing from Hull, Quebec who specialize in creating the soundtrack to a “brooding, trance-inducing cinematic experience.” As their artist description (written out, of course, in both French and English) would have it, SC combine aspects of film noir aesthetic and experiential/romanticist influences to solidify their niche. They have a new album The First Empire coming out via E-Tron Records on April 21st – keep an eye out.

The video was made by one Mike Dubue, who as far as I can tell once played in another Canadian band called HILOTRONS. It’s pretty fucking cool – I’m scared of ‘explaining’ it mostly because explanation of art tends to lead to reduction. In their email to me, Scattered Clouds said that it “explores themes of self and identity”; I’d say these have a lot to do with the long shots of face-painted children (like clowns, it seems) staring at their own image in mirrors as the band thrums out ritualistically in the background. There’s a good shot of a small sign above a mirror about 3/4 of the way in – “Take a Good Look at Yourself Today,” it reads. These shots are intertwined with those of oil painting in action, flowers in bloom, and normal children playing in a playground; instrumental sections also include the superimposition of a line drawing (which alternates between smooth curves, heartbeat monitor jagged lines, and some squiggly doodle stuff) over a creepy baboon and a human eye, respectively. There’s a pretty strong sense of urgency and immediacy created by the song itself, too – the tone of the lead guitar is biting and indeed “post-apocalyptic” as the band claims, and the auxiliary percussion taps do a lot to support the synth pulsations when the vocals come in. The vocals are sort of hard to make out (“there’s something in the way she steals your mind,” maybe?), but the creepy mumbling fits pretty well with the aesthetic they’ve crafted. After a couple watches, I wouldn’t say I know exactly how to interpret this video in a narrative sense, but I definitely get the implications of confused child-identity and the relationship that confusion has to our adult explorations and daily life. I’m sure there would be some great associative thinking if this video was screened to a room full of psychonauts, a real trip.

You can keep up with Scattered Clouds on social media or stream their music on bandcamp. 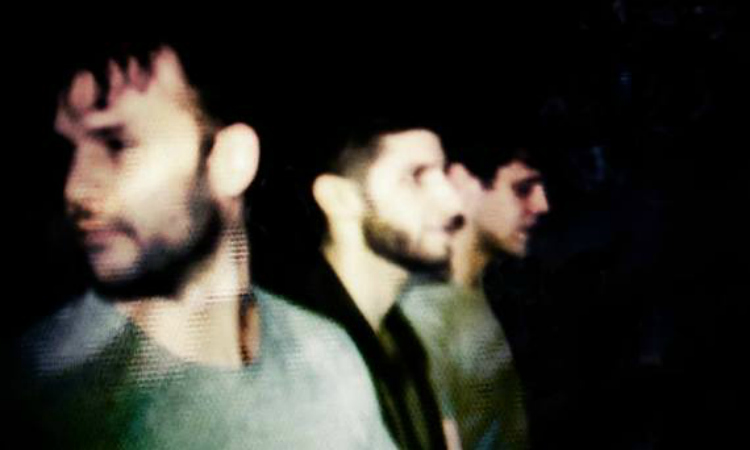