Hailing from Edinburgh, Scotland, Bildungsroman is Now Wakes the Sea’s debut album as a trio, released on Scottish label mini50 records. According to the notes on the Album’s page, Bildungsroman is the artistic reflection of frontman Alan McCormack’s battle to overcome anti-depressants, and though it may seem pretentious, the album title is fitting. Bildungsroman is a German word that loosely translates to “forming novel”, and this album definitely feels like a coming of age. There is certainly an elemental property that makes the album unquestionably transcend the bedroom recordings often found on Bandcamp. I struggle to find an accurate descriptor for what this album is – experimental? psychedelic? alternative? – but none of these labels do the music justice.

The album begins with celestial pianos and small bits of feedback, worming between earphones with delicacy and a careful ear for sonic balance. “Cuckoo My Love” is a dizzying opener to the album that climaxes in shimmering guitars and meticulous drumming, a fantastic preview (but certainly not an indication) of what is to come.

One of the defining characteristics of this album is that it doesn’t stay in the same place for very long. “Original Bone” is a charming little pop ditty with a groovy baseline, and definitely one of the more lighthearted tracks on the album. The chord changes are on point, and small flourishes (quiet synths, small variations in the riffs) make it a catchy and full realized pop song. Mumbled near the end of the song we hear “Yeahhhh, I fucked up,” before the music transitions into another, more rapid and vigorous iteration of the track. “Photoautomat” is a Jeff Mangum-esque instrumental interlude with only a guitar and simple percussion, and although we hear the lo-fi recording falter here, its effect is evocative and carnivalesque.

A complete departure from the pop structure of the last several songs, “Sick Kids” is a nod to early electronica, a synth-driven elegy that I could imagine being played in a dingy Berlin nightclub in 1984. Built on a fairly simple synth line, the prevailing effect is a swirling dirge of wordless vocals – sinister and psychedelic. It’s a spiderweb of echoed vocal lines and spoken word poetry, heavily reverberated and labyrinthian. If the album is the story of a struggle with anti-depressants, this is certainly where the album gets the most tangled and creepy. 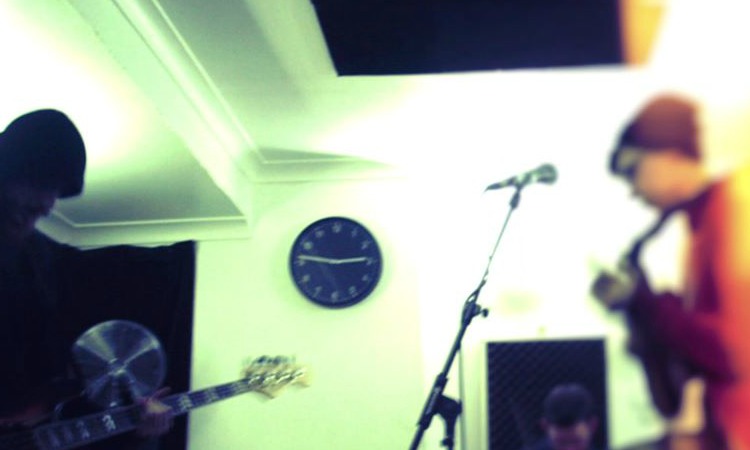 After “Sick Kids”, the next three songs are distantly resonant and melancholic, perhaps reflecting the mundanity of medicated life. “Pictures Stay The Same” is another instrumental interlude, except this one is and subdued and resigned. It contains elements of ambient and drone music, but small detailing of percussion sounds and spoken word makes the overall effect more experimental than lulling.

“The Shore and the Coastline”, though still gloomy and existential, is about lovers on the Scottish beach. The chord changes are damn near heartbreaking at times, the synths and guitars layering earnestly on top of another outstanding bass track. It’s all the more poignant when the added instrumentation cuts out in favor of only guitar and voice, leaving us with a story of two lovers and sea nettles. My only criticism is that the album should have ended on this song with a tinge of hopefulness and positivity, rather than the downer of “No Breath”.

This album is nothing short of fantastic, and I’m not easily impressed. The closest contemporary comparison I can make for the album is The Antlers’ Hospice, but even that isn’t fair – there are a lot of unique ideas here. Despite the lo-fi recording quality (the audio occasionally clips, the bass often turns into a fuzzy strand of feedback, there is no real mixing to discuss), there are some truly amazing and experimental ideas permeating the music. Though Bildungsroman lacks the cohesiveness and refinement a proper producer can provide, the music ideas are novel and exciting. Constraint breeds creativity: although faced with only a simple palette of instruments and a cassette player, Now Wakes The Sea is able to transcend their limitations and create something beautiful.

You can (and should) purchase their album on bandcamp.

It’s hard for me to imagine a better day than Good Friday to post a track from Third Child. Third Child is Ryan Lloyd,…