You’re sitting sunken back at your desk at home. Or maybe you’re on the couch, feet up on the coffee table after a long day. You’ve had the kind of day nobody wants to have, you know, the kind that moves at a mile an hour but somehow feels a whole lot slower. You’re reaching for your pack of Marlboro 27’s — or at least what’s left of that crushed, cancerous mess after another punishing weekend, fumbling with the lighter, lighting one up, and staring straight ahead. You stare but your eyes don’t focus, clouded instead by the muted happenings of another mundane Monday. You pick up your copy of Down and Out in Paris and London by George Orwell, flip through the pages, and toss it down. You take another slow drag and shudder upon remembering that the week has only just begun. You cough. You sigh. You need something to get you out of this slump. You need something to see you through the week. 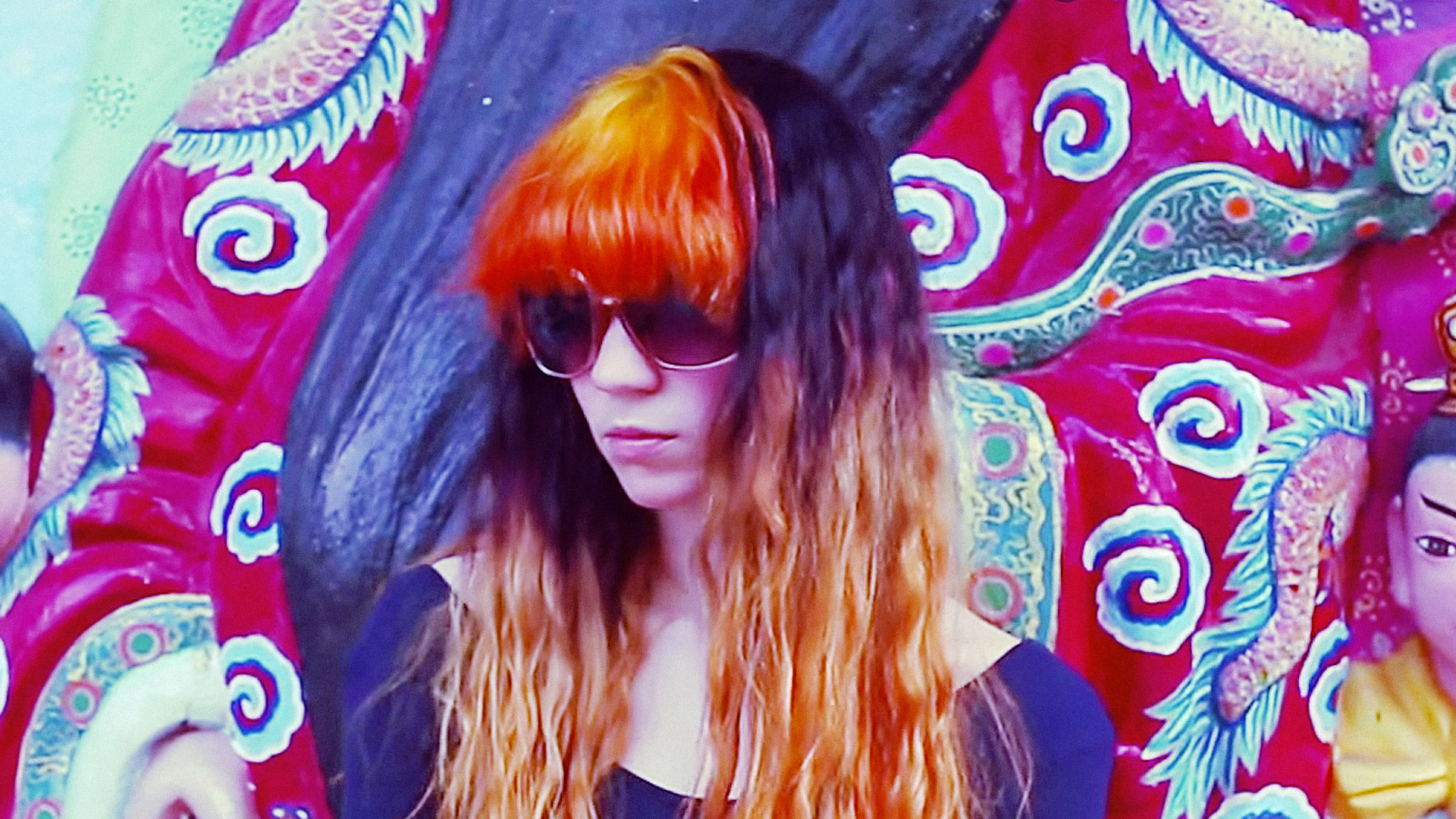 You come across Art Angels, the fourth studio record from Claire Boucher, that electric performer and eccentric producer known as Grimes, of Canada by birth, but of the Internet by presence. You’ve heard her stuff in the past, indebted, no doubt, to the synth music of the 1980s and topped off by her defining soprano you’d recognize anywhere. You’re skeptical of her new record, left unconvinced by her mediocre performance at some concert you saw a few years back, one that failed to pack any punch. But you listen anyhow, battered by the recommendations (and condemnations) of her avid digital devotees, praying to dog that the bizarre and semi-orchestral opening track, “laughing and not being normal,” is not indicative of the work as a whole. You need something plastic and explosive and then it comes — the second track and the record beyond. You sit up abruptly. It’s exactly what the doctor ordered. It’s pop with a mean right hook.

You are struck by just how accessible the record is on the whole and yet not wholly surprised, recognizing that things have probably been leading to this point for sometime, if 2012’s terrific “Phone Sex” single by Blood Diamonds ft. Grimes was any indicator. Art Angels is the sort of record that might appeal to just about anybody. It’s thoroughly impressive that her craft is not in the least compromised by what appears to be an attempt at reaching a broader audience. You decide to crack open a cold beer and dance around the room a little. You hear “Flesh without Blood” and feel like somebody’s got your back after your tough and trying day. You hear “Artangels” and get lost in a mid-90s pop guitar riff as you are enveloped by waves of good feeling. This is an album to dance to, one where the clear refinement of her substantive sound over the years has here allowed her to focus more on the packaging. Art Angels feels like a record comfortably within the sonic bloodline of pop – not only of the 1980s but also distinctly contemporary.

There’s much, much more that might be said about this engrossing-as-you-make-it record. It transports. “Realiti” conjures images of open urban roads illuminated by the occasional street light. “Realiti” is magical and airborne, despite the tough truth that, as you emerge from the track’s blissful drone, you are not, in fact, sitting next to the nocturnal Ryan Gosling as seen in Drive. It’s easy to appreciate the utility of a record that can serve not only as perfect background music at a party but also as the main event at your personal Monday night listening session AKA sad boyz anonymous. You want to chastise the talented Grimes for the EDM-inspired “Venus Fly,” (featuring Janelle Monae), the one and only horrid blemish on an otherwise near immaculate record – but you laugh to yourself and smile too, thinking everybody gets one! You crack open another beer, uplifted, and able now to see straight.

“What matters now is the now.”
This is an excellent record and one that, though drawing on elements of pop’s past, is very much of the now. Art Angels is at the very least worthwhile because it is the kind of affair where your favorite track is bound to change on a listen to listen basis. This is a good sign, and an indicator of the record’s versatility. In the back of your mind, you find yourself wondering about the record’s longevity, about whether you’ll come back to it in a year or five. It’s a tough thing to predict – and ultimately not important for the time being. What matters now is the now, you realize as you turn up the volume on “World Princess part II,” an undeniable jam. Hell, all you really know is that at least for now, Art Angels marks an enjoyable and sophisticated yet ultimately accessible record that proves essential for practically any worthwhile collection of modern music. Over and out.

Sophomore is the electronic music project by literal sophomore Olle Andersson, from Gothenberg, Sweden. For this recording, Sophomore used only the Swedish-native synthesizer, sampler,…