We’re back at it again with the hazy rock show vibes, hosting Sam Kogon, Shana Falana, Melt, and Railings at Brooklyn bar-restaurant ALPHAVILLE. This particular show is co-hosted by Michelle Nigro, up-and-coming booking talent by the name of Sweet Tooth; you can safely expect many more good shows to come from her, so keep an eye out. Anyhow, scroll down to learn more about the artists playing this event!

Sam Kogon is a Brooklyn based musician and Before You Knew Me is his debut album, which encompasses everything from baroque pop stylings to lo-fi pop tracks reminiscent of Elvis Costello. Sam is already a very prolific musician in the Brooklyn circuit, playing with 60’s psych legends The Left Banke and also stepping out on his own to play material from this album over the last few years. “Before You Knew Me” is fresh, creative and downright striking. 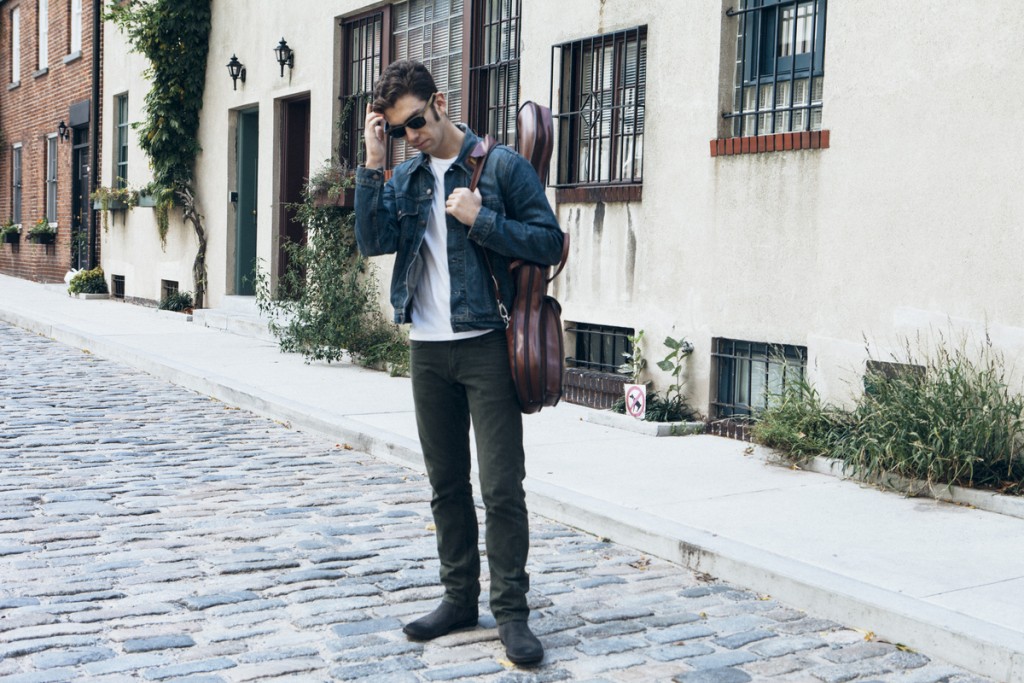 No Smoking has actually had the good fortune to host Shana Falana on one other occasion, our September 2015 showcase at Elvis Guesthouse in Manhattan. Shana Falana is an experimental dream-pop band emerging from New York’s vast drone/psych scene. Combining live looping of reverb-drenched vocals and guitar with tribal drums and stunning visual projections, Shana’s live experience has often been described as transcendental. Her music has been called “a kaleidoscopic, trippy gem that shines as brilliantly in 2015 as it would’ve in a Berkeley drug den during the Summer of Love” by Village Voice, and her debut LP “Set Your Lightning Fire Free” is out now on Team Love Records. 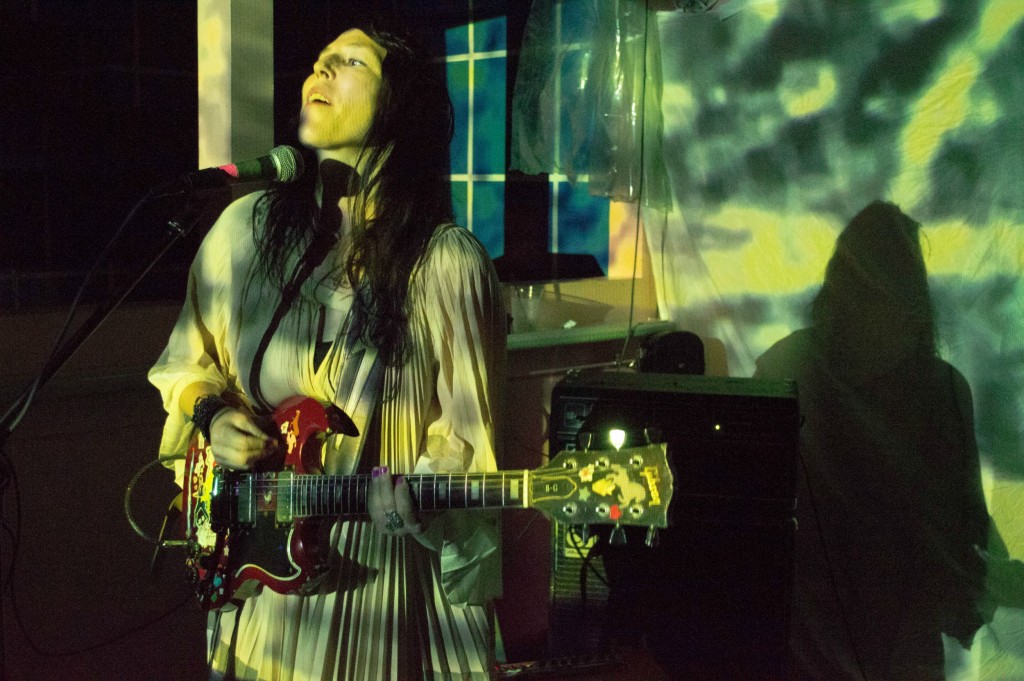 Melt is a largely mysterious alternative rock band based in the NYC metro area. 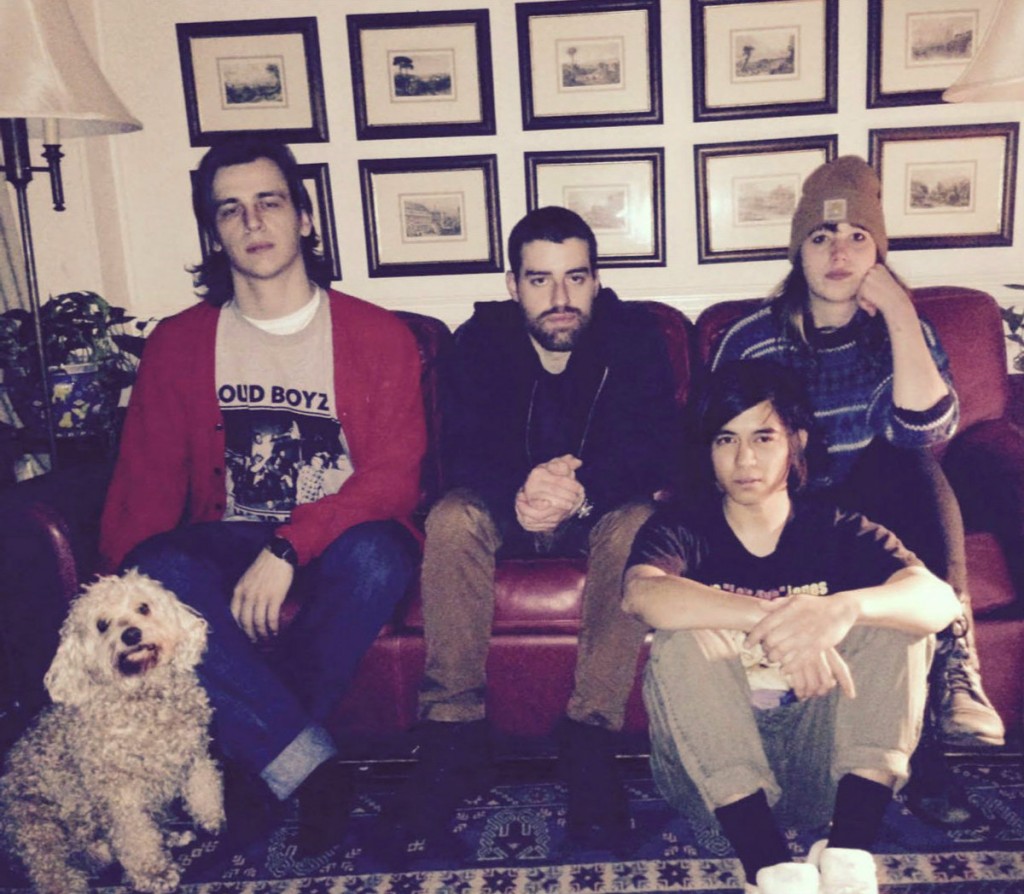 Railings is not an easy band to categorize, and are seemingly even more mysterious than Melt. 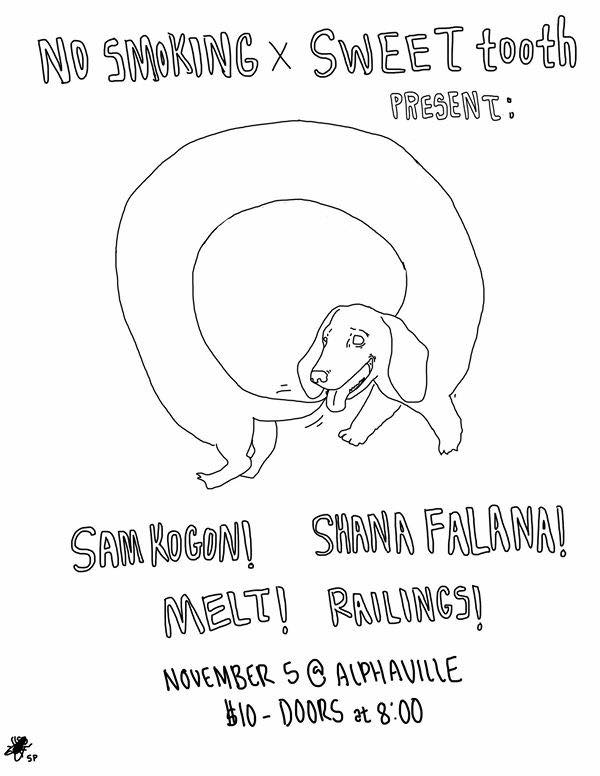 All Talk is an independent band writing at the crossroads of psych rock and garage pop, specializing in ‘loud soft loud guitars.’ Old Early…