Palm is a noisy-yet-elegant rock outfit from Hudson, NY who holed up for a few months in October to produce a new album entitled Ostrich Vacation. Previously, we’ve seen two EPs from these guys via our buddies Sad Cactus Records; each release had 3 tracks, making for a pretty symmetrical listening experience if you had both of ’em on your iPod. Ostrich Vacation is similarly symmetrical, but mostly in that it’s organized around the sides of a cassette tape (released via JMC aggregate) instead of being neatly divided track-by-track for digital listening. I don’t mind the change in pace – sometimes it’s nice to be forced to do a full album listen, you know? I can only hope others will share my enthusiasm. Read on, babes.

If I was going to characterize this album in one word, that word would be entropy. It distinguishes itself from other feels-y New York bands with a blend of constant chaos, atonality, driving rhythm and somehow also mellow Battles-esque (or totally original, it seems) deconstruction segments. Sampled riffs begin each section in a coy and disorienting way – the first side ends with a chipmunked ending to a song with an audience screaming in impossibly high tones. Very endearing, at least to a Madlib fan like me. It’s kind of hard to tell where one ‘song’ (each side of the album features 3 or 4 track names) begins and ends, but it seems that the names of the songs aren’t quite as important as the feels being evoked by these sonic lunatics. There’s a reason why this album is referred to as “a collage of music and sounds” – it’s not strictly musical at all points, which is a trait I admire in guitar music. Sometimes I’m sick of just hearing the changes, you know?

The second side of the album begins with a continuation of chaotic doubled guitar parts / driving drum beats, but now it’s got a much more pleasant bassy distortion and a fuller drum sound. Since this second side begins with the title track, we can assume that this sound is the theme of the release in some fundamental way. It’s also a consistent sound for those who are already Palm fans – I’ve grown used to harshness rewarded by mellow understated resolutions, it’s a moodiness that I’ve come to love in a very specific way. I do miss the vocals, though – lead singer Eve really did the lion’s share of winning me over as a Palm fan. We get a little of her vocal harmonizing at the six-minute mark of the second side, but it’s just a teaser. I’m definitely the first guy to appreciate an instrumental album over a vocal one, though. All in all, Ostrich Vacation is a well-rounded release which challenges the listener and displays the many-faceted new frontiers Palm are prepared to explore together. I would write more words, but I mean… it’s probably fine if you just form your own opinions. You don’t need my judgments on whether I liked this atonal chord or that one better. Actually, I guess I do have one closing note: the album ends in a slowed-down guitar-jangle amalgam which concludes in an open E (I think), which is basically the sound of a guitarist tuning. Very amusing to anyone who has ever jammed out in the style of Tu Ning.

You can hear more Palm stuff on their bandcamp (not this new album, tho! independent link) and keep up with them on social media. 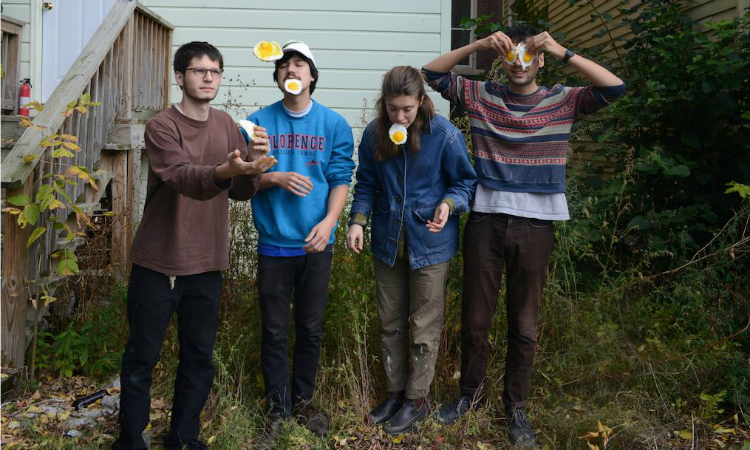