Last we heard from Brooklyn noisemaker Dreamcrusher, they were quite literally throwing shit around at our Aviv showcase and had just released their EP Hackers All of Them Hackers. Earlier this week, they dropped a one-off track called “Myrtle Ave-Broadway,” and we’re pleased to pass on streaming capabilities to you, dear reader. 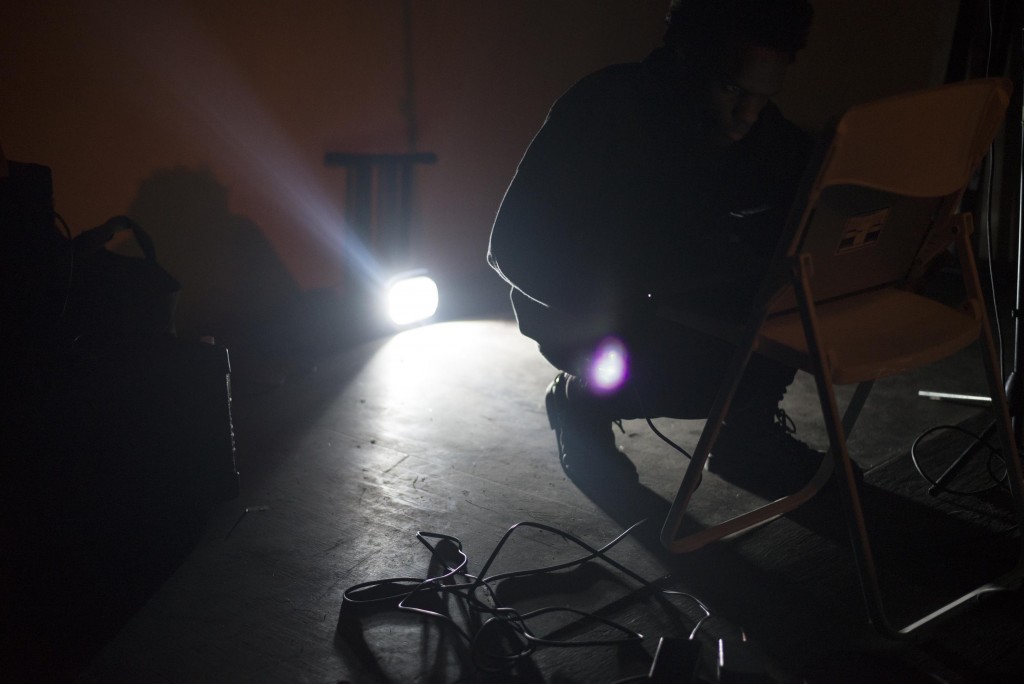 “Myrtle Ave-Broadway” is pretty much a brick wall of sound. It’s thick, it’s crunchy, you could probably smash your head against it. The tempo is almost tediously slow to begin with, but picks up a deliberate momentum as grimy percussion enters the mix – I’m weirdly pressed to compare this to witch house in a way I’d never considered before with Dreamcrusher. A few of their other tracks like “Adore” and “La Haine” provide a pairing of rhythm and melody that’s a little more traditional; “Myrtle Ave-Broadway” is a frozen husk of a track that builds into a wide-blasted sound, a shuddering behemoth of tone. At the three-and-a-half minute mark, the most active musical line enters the mix – a screeching arpeggiator soars above the classic fuzzed-out bass texture that Dreamcrusher seems so fond of. The bass is almost round, actually; the hits feel sort of like bouncing on an exercise ball while on a lot of hard drugs. I didn’t realize until my second or third listen, but there’s actually a sample of “Best Friend” by Young Thug in there, which just goes to show that Dreamcrusher doesn’t really give a fuck about genre, or what you expect of noise music. The track is even tagged as “musique concrète,” which should probably be taken as literally as possible considering that its texture is the one of the thickest things I’ve ever heard; as usual, Dreamcrusher proves to be one of the most experimental yet most self-aware artists thrashing around the Brooklyn hardcore scene today.

Keep up with Dreamcrusher on social media and buy their music on bandcamp.