This is a guest post by Laura Storch @laura_storch.

Every year I feel compelled to watch most award shows, probably because I am admittedly masochistic and genuinely intrigued by pop culture. I typically find the Grammys more palatable since it’s “the academy” who picks who wins rather than a bunch of twelve year old girls voting online over and over again (pick your poison I suppose).

This year’s Grammys was action packed to say the least. So much so, that only a handful of awards were actually given on air to make room for the inclusion of more musical performances than ever before. Being the music and pop culture nerd I am, I soaked it all in and have developed a series of probably extremely biased and somewhat cynical conclusions. Despite my pessimism, I did see some shreds of hope for our beloved music industry. 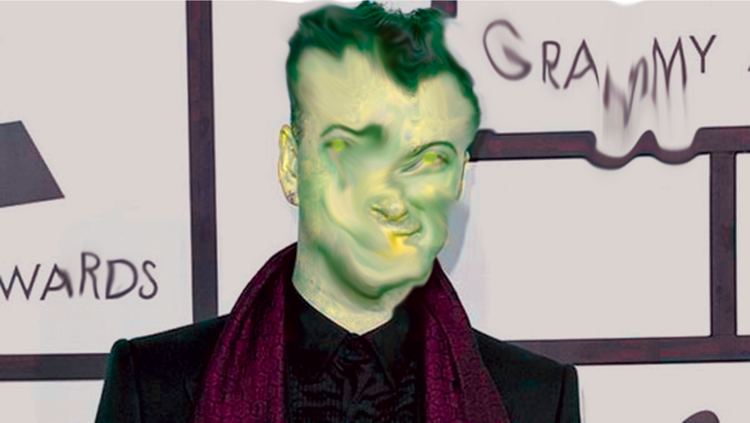 Sam Smith was the big winner of the evening. His album “In the Lonely Hour” and single “Stay With Me (Darkchild Version)” won Best Pop Vocal Album, Record of the Year, and Song of the Year, while Smith won Best New Artist. I won’t pretend as if I have listened to this album past the now award-winning single, but from a pop culture standpoint I’m glad it was him. I am still convinced the world would have spontaneously combusted at the same moment the likes of Iggy Azalea or Meghan Trainor got to claim a Grammy. At least 2015’s big pop song as determined by the Grammys is one that features an exceptional voice and soulful performance.

Beyonce did not take home the Album of the Year award for her self-titled album, which instead went to Beck’s “Morning Phase”. I opened my clenched eyes when I did not feel the world implode and saw Kanye West act as if he was going to do a repeat performance of interrupting an award winner who beat out Beyonce. Alas, it was just a joke this time. I liked Beyonce’s album but not as much as some of her others and am kind of glad it didn’t take home the big prize. I have heard some tracks from Beck’s album on my local public radio station and have liked everything I have heard thus far. I’m sure I won’t be the only one streaming it over the next few days. 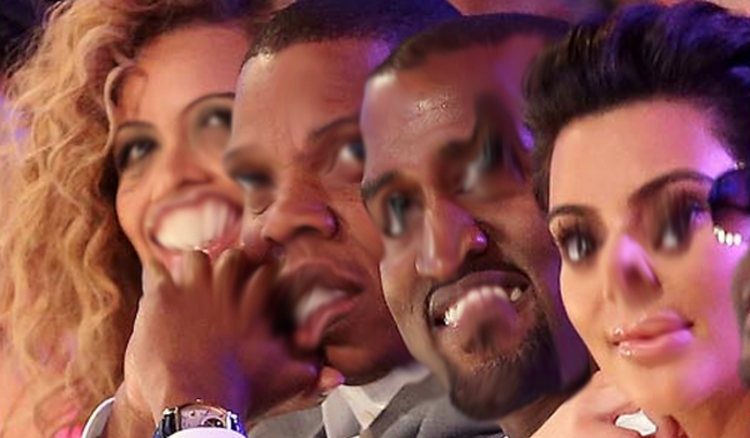 Like I said before, there was a ridiculous amount of performances at the 2015 Grammys. I will pick out a select few to talk about since some were just too painful to have to endure for a second time (I love Gwen Stefani but whoever thought the song she sang with Adam Levine was suitable for her voice should be forced to watch that performance on repeat for all eternity.) Speaking of painful, I cannot be alone in saying I never want to see Madonna’s ass ever again: for someone who made a career out of reinventing herself, she’s become a mediocre facade.

Despite a few miserable disasters, this year’s performances featured many duos that worked exceptionally well. Pairs such as Hozier and Annie Lennox, Mary J. Blige and Sam Smith, and Beck and Chris Martin were among some of the top performances. Lady Gaga and Tony Bennett took the stage to a sing a track from their 2014 album Cheek to Cheek that won Best Traditional Pop Vocal album (whatever that means). It was a refreshing moment where classic American standards got a second to shine. Not to mention, Lady Gaga gave a shout out to an instrumentalist mid solo, which is always nice to hear. Kristen Wiig joined Maddie Ziegler for Sia’s performance of “Chandelier” (a song and artist that was probably most notably snubbed). This was an engaging, artistic performance that would have stood out even more in a year with less performances but for me was still the one that hit home most.

The ultimate trio was strategically placed directly after a pair of underwhelming country performances. That would be the trinity of Rihanna, Kanye West, and Paul McCartney performing their new song FourFive Seconds. I still can’t get over seeing these three together, but I have to admit it was entertaining and the song itself is catchy. Beyonce’s phenomenal gospel vocal performance paired with a performance by Common and John Legend of their song Glory was a powerful closing to an already culturally-aware show.

GETTING DOWN TO BUSINESS 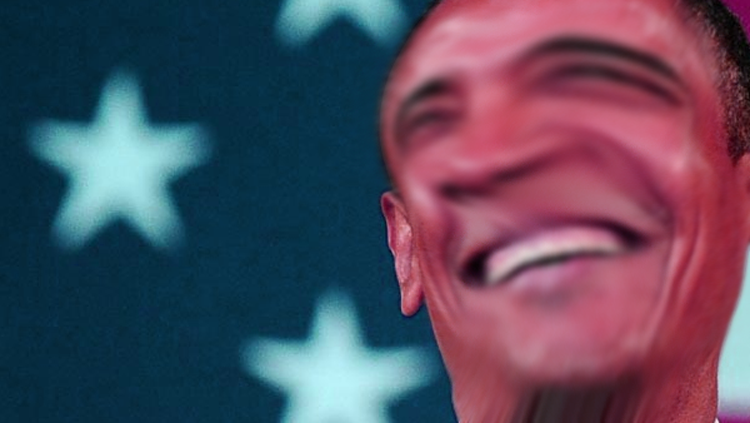 Now that I got some of the facts down, I am taking advantage of this platform to rant about a few culturally significant things I took away from the show. President Obama made a brief video appearance where he went on to discuss the intolerable issue of domestic violence. A woman named Brooke Axtell gave a speech on her personal experience in a similar situation before Katy Perry attempted to sing a heartfelt song from her album Prism (that was completely artistically and vocally surpassed by other performances throughout the night).

Prior to this, when the nominees were recited for an R&B category, I couldn’t help but notice three of the five nominees included someone who committed an act of sexual or domestic violence or referenced it in a demeaning way. Since I am not seeing everyone being called out as I feel they should be, I will do so. Chris Brown’s domestic abuse towards Rihanna is now well known, as is R. Kelly’s questionable past. People also seem to forget that Drunk in Love by Beyonce and Jay Z directly referenced the portrayal of the domestic violence Ike Turner brought upon Tina Turner (the reference is specifically in Jay Z’s verse). I am a huge Beyonce fan, but I cannot take her seriously as a feminist icon at all with this huge blemish on an otherwise empowering record. Not to mention Eminem won Best Rap Album, another artist with a substantial amount of violent actions and lyrics in his past. Most recently when he rapped something along the lines of “hitting Lana Del Rey twice like Ray Rice”. Ew. Ew to it all. Ew that this is still such a plague on modern society.

This puts us as a collective audience in a difficult situation. There is also an element of what happens between people in a relationship being their business and not the general public’s. Keep in mind Chris Brown and Rihanna collaborated on songs after the now notorious incident of his physical violence towards her. However, the work a recording artist puts out on the global market is our business, they make it our business because they want and need our business. It is on each individual listener to decide who is worthy of spending hard earned money on. As for the Grammys and music industry as a whole, I hope they walk the walk after talking the talk last night via these performances and promotion of the hashtag “#ItsOnUs”.

I cannot be the only one who’s parents tune into award shows such as the Grammys and listen to them completely trash it compared to the Grammys of “their day”. All these are valid points. It amazes me to think about the dominating pop music of past times compared to the homogenized and auto-tuned chart toppers of today. That is not to say quality music isn’t being made, it just means it is not dominating the same way it has in past times. It seems like the basic Top 40 idea nowadays is to make some party songs, a song that tells you (you being the listener) that you rock and it’s okay to be you, and/or something at least a little bit heartfelt. I think I just fell asleep typing that sentence. It is this formula that has lead to the decline of the album.

That is not to say quality music isn’t being made, it just means it is not dominating the same way it has in past times.

This is the first time the Grammys didn’t put the Album of the Year award last. That really says something about the value placed on albums versus the emphasis put on singles. This is incomplete listening in my book. Let’s be real for a second though, the music those millennials or those parents are saying is so far superior to today’s Top 40 is STILL POP MUSIC. You can play a “C-D-G” chord progression as power chords but it is still a goddamn “C-D-G” chord progression. Chances are if it isn’t classical, or perhaps not jazz, on a musical level, it is pop music. Yet there is still a distinguishable difference between some of yours’ or my favorite bands or artists. To me that is content and authenticity, of course both are subjective. I believe what is missing from today’s Top 40 pop music as opposed to any other time period are those two concepts; content and authenticity. I couldn’t even say it’s the popular, especially dance-y sound of today’s Top 40 that makes it so atrocious because there are plenty of artists with a similar sound that are just plain better but not on Top 40 radio. Yet the public continues to eat this shit up.

I first heard “All About That Bass” when someone presented it to me calling it a “feminist anthem song” and I had to hold back from either throwing up or laughing. Until the public audience rejects the same boring formula with a new pretty face through action, this style of pop music will continue to prevail. As someone who prefers what is deemed “alternative music”, I find recognizing this formula and learning about the beast from the inside out is the only way to destroy it… Destroy it sounds too naive, let’s go with “tame it” and allow other, more substantial music to receive our recognition. I know for a fact I am one of many who feel this way, I am not claiming to have cracked any codes. It is apparent to anyone who pays attention: we are severely due for a musical revolution not seen since the ’90’s ( and obviously other times prior as well). It is inevitable at this point, it is just a question of when and where.

This is a guest post by Laura Storch @laura_storch.

It’s not often that we get to host the sonic evidence of nihilist revolt music in a Brooklyn warehouse. Okay, maybe it’s getting increasingly…