zetetics is the creative fusion of Sun Looks Down (Jacob Sunshine, Spencer Horstman and Phil McNeal) and rapper Amani Fela, all based in NYC.

“antebody” is the first track released by the group, and it’s definitively fantastic. As always, Amani’s lyrics hit the sweet spot between introspective and political. The opening to “antebody” is worth quoting:

The production is otherworldly, jazzy, electric – perhaps psychedelic jazz? It’s hard to pin down words to describe “antebody”, because it sounds like no other. Sun Looks Down’s accompaniment is a killer counterpart to Amani’s characteristically smooth flow: “antebody” is every bit an instrumental composition as it is a rap song. The drummer is phenomenal, and the addition of live drums really sets the composition apart from other hip-hop acts. The track ends with no words (no words needed), only drums and resonant soul-searching from Amani’s poetry.

You can catch Amani Fela in the flesh (along with OSHUN, Adrian Lau, and Zenizen) at our upcoming showcase at the DIY Brooklyn Venue Aviv. 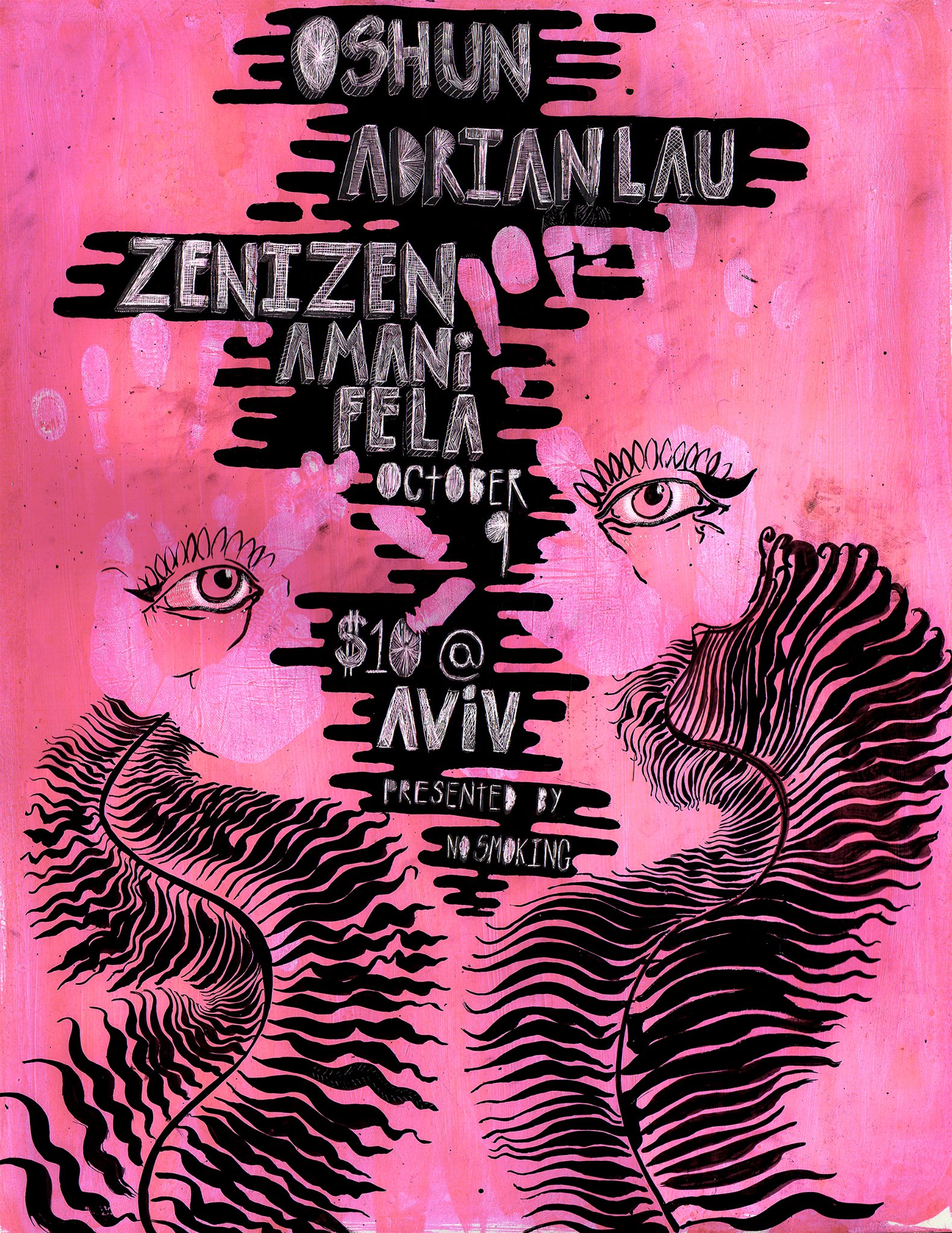