Zenizen is a NYC-based soul project composed of Opal Hoyt and Phil Salisbury, who met in the second grade but have only recently begun to make their creative explorations into any sort of serious project. All I’d previously heard from this dynamic duo was a two-minute snippet (clicky clicky below) uploaded around Christmastime of this past year, quite the brief tease. Since then, they’ve clearly been keeping busy – this ‘triple single’ release is an extremely satisfying expansion on the ideas expressed more briefly in X MAS.

“Coldwood” begins with a softly pulsating synth pad and a brightly textured, minimal hi-hat driven beat before Opal’s voice slides into the mix. As the track progresses, it maintains its status as a slow-burn groove – a closer look a the lyrics reveals that it’s a post-breakup reflection song (as Opal writes: “I now have more perspective on his issues and he’s really got to find a better way to deal with his dirt”), but it feels more determined than “hopeless” (indeed, the song presents a unique opportunity for ‘letting go’). It’s also the final draft of the first demo that Opal and Phil ever made together, complete with true bedroom-recording vibes (no, that’s not a pun). Personally, I don’t find it the strongest out of their releases, but definitely one of the smoothest and most accessible songs of the bunch.

“Duality” is also a fairly romance-centric number, this time addressed to Opal’s would-be lover with an emotional imbalance (“There’s a duality / Lives inside of you inside of me / So cultivate them both / And let it make you whole”). The lyrics are particularly convincing on this one, but I find myself paying more attention to the extremely suave glitch-funk production going on in the background. The chops create a sort of rippling audio effect under Opal’s voice during the chorus, but the production fades down appropriately to create lulls in intensity. “Let it build,” Opal insists, and indeed the track just builds higher and higher in an extremely satisfying way. Returning to the intellectual perspective though (I don’t need to rationally justify the fact that listening to this song makes me feel good), I really enjoy the messages of acceptance and patience in the face of pain and (questionably intentional) malice. The subject matter doesn’t get tired when it’s discussed from a refreshing perspective.

The ending of “FiVer” is the real continuation of X MAS, a return to the glitchy pseudo-dissonant layered-vocals goodness that I liked so much when I first was introduced to Zenizen. “Peace is what you always wanted,” Opal sings; she wrote to me that Eric Lau’s Lily of the Desert was an inspiration for this track (‘I looked it up and thought it was cool [conceptually] that this thing can be basically dead in the ground and bloom like 4 months later’). One might make a similar analogy with this track, as it began as a small fragment and was later built into a more complete song. You can listen to the inital draft of FiVer below:

You can keep up with Zenizen on social media and find their tunes (as previously embedded) on their bandcamp. You can also catch them live playing a daytime slot at Brooklyn venue Baby’s All Right on 3/21. Photo credit for the featured image on this page goes to Daniel Leinweber for Razberry Photography (check out more here). 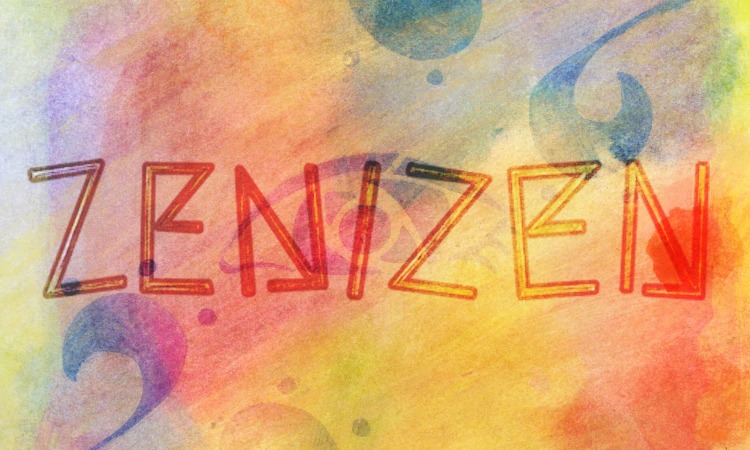 Marked by the rise of rap groups like Pro Era, Flatbush Zombies and A$AP Mob, the second wave of the East Coast Hip-Hop Renaissance…