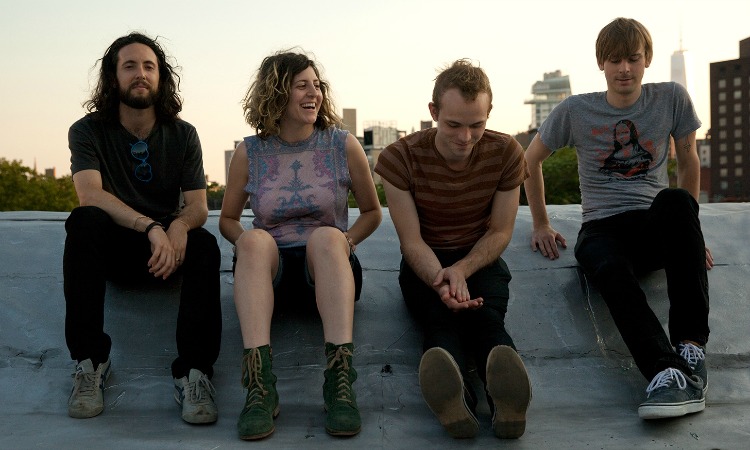 “We wanted to set our love-iest song to a murder scene, and this is what happened.”

Though the stalking aesthetic has been executed in a relatively light-hearted manner, it’s an entertaining and appealing watch. The tall, blonde, female, heart-sunglass-sporting subject of the murderer’s fascination walks out of a (Brooklyn?) brownstone with a very small dog, and Sophie (singer and most-of-the-time Madam West composer) follows her with a set of bird-watching binoculars (clearly unable to contain her laughter about the premise of the film). As the stalking scene plays out, “Darling!” is sung over and over in obsessive fashion – the highlight of the video for me is the pillow-smothering murder scene set to a repeated chorus of “where would I be without you?” The jazzy breakdown at the end reminds me of Nakamarra by Hiatus Kaiyote in particular, which they were self-aware enough to mention as an influence. The video fades out with the brunette stalker-Sophie wearing a blonde wig and the heart sunglasses of her victim, smiling into a mirror and taking selfies to bask in the glory of her deed. I’m not sure if it was exactly a disturbing watch, but I had fun.