The suffix -chen is diminutive in German, which means Kaninchen’s name would be translated to something like tiny rabbit. The production duo from Cornwall, UK that comprises Kaninchen is Craig Taylor-Broad and Chris Trevena. It’s no surprise that “Perfume Factory” is littered with references to rabbits. Its creators relish in the clear juxtaposition between the image of the ideal baby rabbit – clean, virginal, unspoiled – and the more demented, perverted, Mad Hare-esque rabbit that pervades their work. Kaninchen is a foray into something sinister and dark, a startling music journey that explores themes of morbidity and perversion.

The subject of the track is conceivably a sexual narrative or a madman dismembering a body (or perhaps both). It’s certainly evocative of something uncomfortable and macabre: “Dance you lonely ghost / Claw the monsters in your hole”. The delirium of the vocal delivery is consistent with the production of the music: the electronic components of the track are delivered in an eerie fermentation of ambient feedback. The production seems equally as tempestuous and harsh, just on the edge of disintegration. Noise heavy synthesizers bend and break against the frenzied drum beat, sometimes relinquishing an odd modulation or sudden screech. 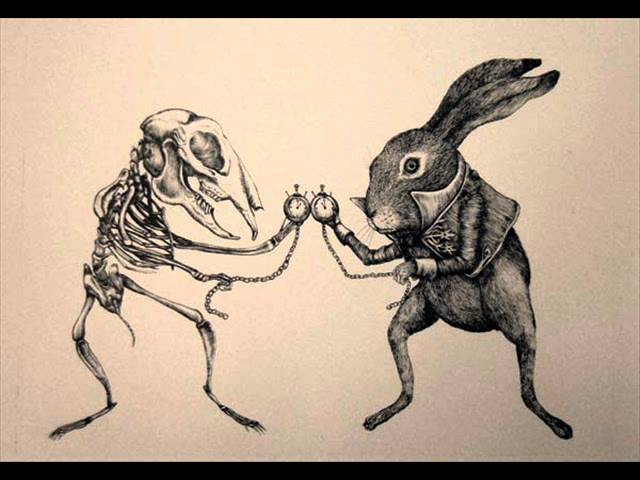 By the time the final (mental) breakdown occurs in the track, the vocals are absolutely harrowing. Craig Taylor-Broad’s vocal delivery is uncomfortable and excruciating, as it’s meant to be. He theatrically throws his voice into different registers/characters/multiple personalities. Part of what makes the song read as genuine is the vocal commitment to the aesthetic, with lyrics such as “I found an apple spoilt rotten / behind those eyes”, simultaneously delivered in a rabid howl and a feminine falsetto.

Perhaps “Perfume Factory” isn’t the easiest ingress into the industrial scene, but it is one of the most jarring and interesting tracks I’ve heard in a while. Kaninchen experiments with emotions not often found or sought in music: uneasiness, hysteria, and horror.

From what I can glean from his social media accounts, Hexode is the solo project of Wisconsin’s Draven Stedman, who self-describes his music as…