5-piece Bronx rockers Cult Vacation just released their debut EP, WAD, a short-yet-sweet collection of lo-fi pop tracks. They recorded at Blind Moose Studios with Daniel Carr of SLOOF, and there’s a significant step up in production value from their demos. I first became familiar with these dudes when they hosted my old band at Sarah Lawrence College with Modern Vices, and Modern Vices is actually the first comparison I’d like to draw for this EP – saucy, tightly-composed rock numbers influenced by doo-wop and old-school rock n’ roll. I’ll let you listen for yourself, though. 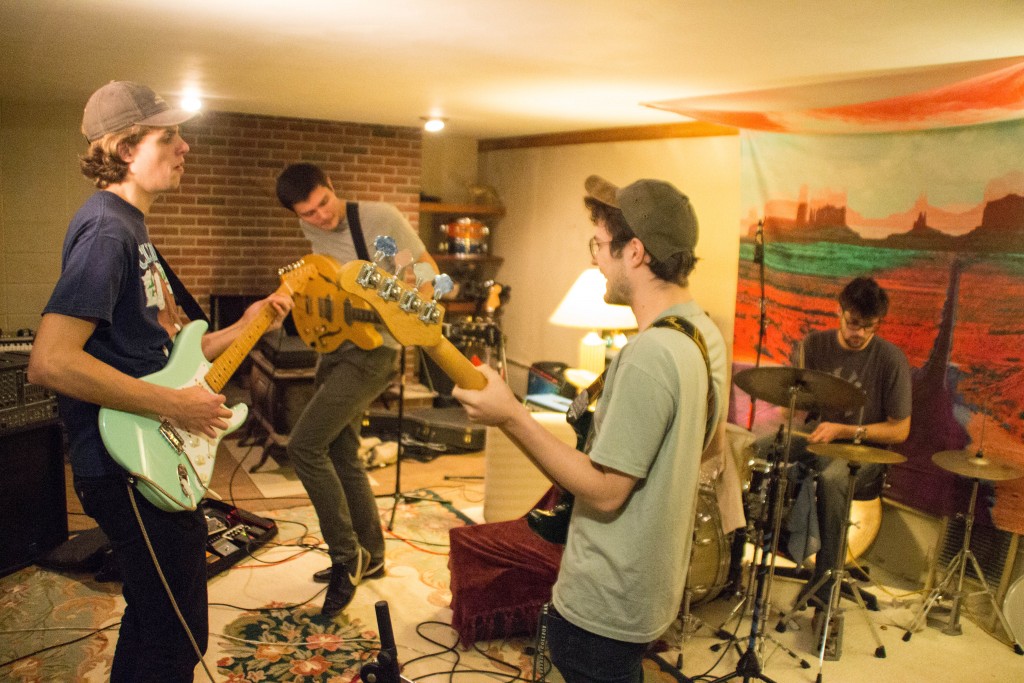 “Eyes on Fire” begins with a very aquatic guitar texture that builds into a sultry rhythm that props up a retro-feel vocal delivery with really on-point lyrics (“Stars would fall if not for
Isaac Newton / And his obvious / Observations / I guess we didn’t give a fuck about rules like / Gravity”). The guitar is ten times more present than the highs of the drums, a mixing choice I’m not sure I’m on board with, but man does that right-panned guitar ever sound great. A really strong point of this EP is that all of the tracks end before the listener is okay with them ending; it’s really important, I think, for young rock outfits to leave the listener wanting more. For proof of this, just check out the Sunken EP by Chicago rockers Twin Peaks.

“The Zone” is a more upbeat number with a different vocalist from the first track, initially taut with both levity and urgency. The highlight is the shout chorus (“oooOooOO”) and a lively guitar solo outro, not to mention the ever-lighthearted lyrical content.

i won’t hang up on you tonight!
no, not tonight! nope, i feel alright
but i reserve the right to not pick up the phone
when i’m “in the Zone”

“BF” is slightly more lyrically generic, but includes a slowed-down heavy guitar riff with delightful lo-fi layering and cadence. This one has a strong Ty Segall vibe, but an east coast Ty Segall vibe. If you know what I mean. Heh. All in all, as I said before, WAD is a strong debut from Bronx boys Cult Vacation that features both variety and consistence. I’ll definitely be listening to it again, even considering my slight qualms with drum production.

Keep up with Cult Vacation on social media and buy their new record on Bandcamp!

On Saturday, October 24 at the Bowery Ballroom, Big Thief took the stage. Guitarist and vocalist Buck Meek stood stage left. Next to him…