Boston-based post-rockers Bat House have been keeping busy in 2015, and the retro-psychedelic video for “Twist” is great evidence to that effect. I first met this rad bunch playing a house show on their turf earlier this year, and I must insist to any and all readers that you go out and see them live – their performance is unmistakably genius, and their energy will stick with you for days. In fact, while I’m talking about their live shows, I probably should mention that they’re playing a gig at The Middle East in Cambridge with Dent, Gamma Pope (also NSM favorites), and Big Boy Club.

The track begins with a furiously jangling guitar part panned far left as multiple black-and-white landscape squares flit around on the screen – color is added as the vocals come in (“and all the people you knew are twisting away”), which lends for a really nice initial sense of resolution and building-up-toward. It’s really hard to describe the vibe that the music conveys; it’s at once hectic and technicolor (lots of notes and riffing with rapid finger-picking, if I’m not mistaken) but also somehow relaxed and driving, like really hyperactive driving music. The video definitely lends itself to a journey-like feel, seeing as we’re treated to many a landscape flashing by (alongside much less intelligible glitch-hazed images) in a many-colored impressionistic sequence. In any case, I’ll shut up and let you start enjoying this video for at least a little while. It’s a good one. 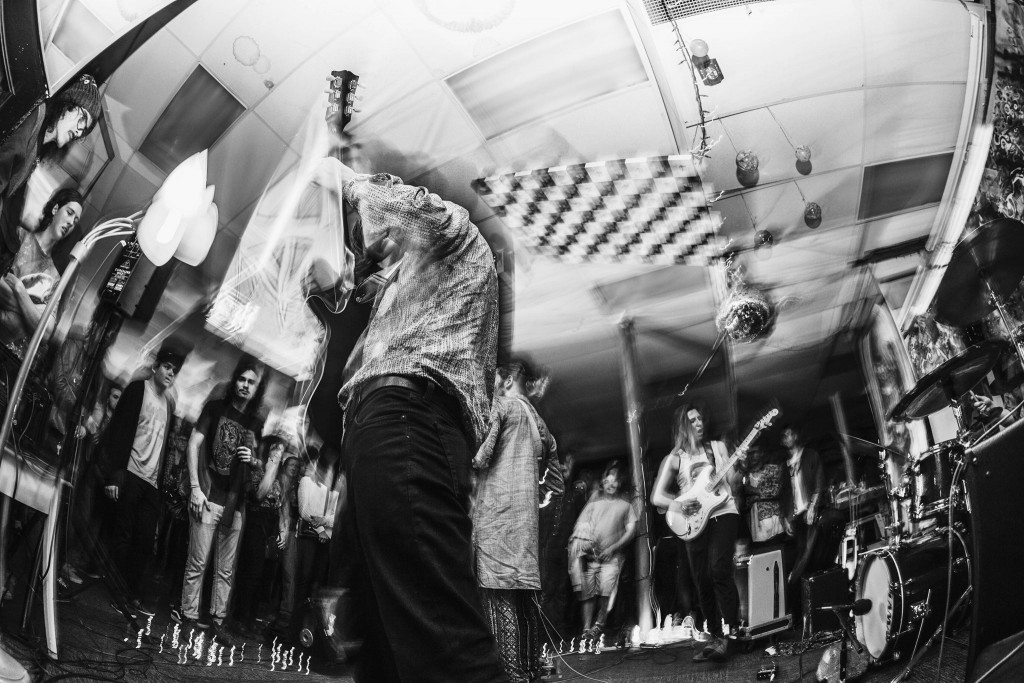