If the average Twitter user were to open his inbox at this very moment, he would find dozens if not hundreds of tweets which were uploaded within the past two minutes. The Internet, much like the Universe, is an ever-expanding place with an ever-expanding flow of content. To cope with this phenomenon (overflow and loss of relevance), Facebook has changed its algorithms to put a much larger emphasis on content that its users are actually interested in seeing. In search of click bait, many headlines have been written to the effect of “Facebook kills organic reach” – a strong statement, full of bloody corporate associations. In truth, Facebook hasn’t killed anything (yet), and the headline of this article is also, in a sense, click bait. But don’t stop reading now. 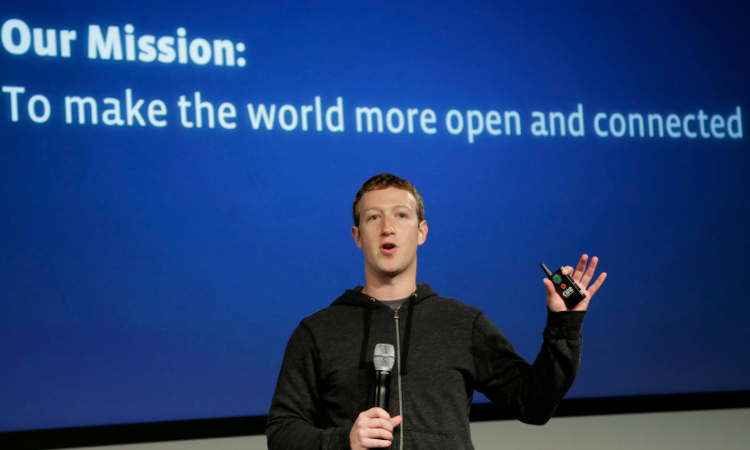 Organic reach basically means the same thing as “free reach.” When a page owner posts something to her page audience, it is shown to members of that audience who are currently using Facebook, but it is also shown to users who check Facebook later in the day or even on subsequent days. This is the same thing that happens when an ordinary Facebook user posts a link or text to his own wall, except that page posts are shown to those who have ‘liked’ the page and user posts are shown to those who are ‘friends’ with the user. To expand upon free reach, page owners might tag individual users related to a post, tag other pages, or include hashtags. This is all pretty much old news for veteran Facebook users. As Facebook has grown, however, the amount of pages each user has ‘liked’ has increased by over 50% per user. As a result, there’s a lot of mediocre content floating around everyone’s news feed – each page is trying to pitch something, whether it be a product or simply funny images.

When Facebook’s algorithms choose which posts to show to which users, there are pretty much three main factors: relevance, engagement, and type of content. Facebook has access to a databank of everything every user has ever liked, and therefore it has become extremely skilled in creating the most relevant feed for each user. Big music fan who likes lots of band pages? You’ll see lots of band page posts. Sucker for online shopping? You’ll see ads for all sorts of clothing. Engagement boils down to what users do with the content they’re shown; if half of the users who are exposed to a post ‘like’ it, then Facebook will recognize this and show the post to more people. Sometimes there’ll even be a mini-feed item that says “ commented on ’s post” to help that successful post make its way to more news feeds. Finally, certain types of content tend to perform better than others (i.e. receive more likes, comments, and shares) – the king of all Facebook content types is the single photo, followed by the link and the plain text post with a question mark or exclamation point. 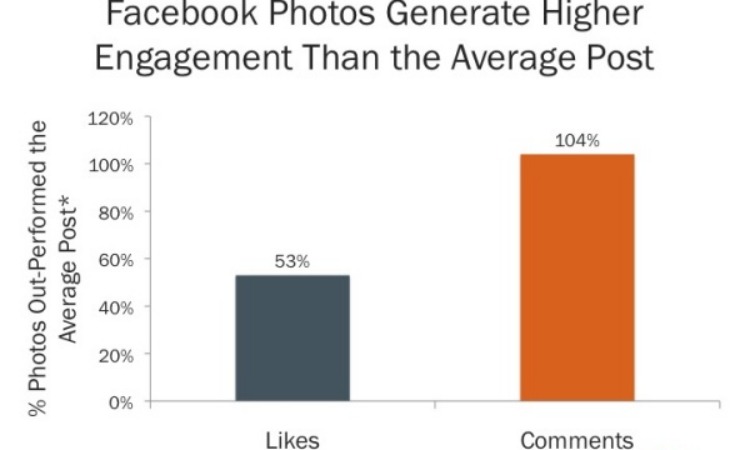 Beyond using photos and not posting crap, if you want to increase the reach of your posts, your only option is cash. Facebook employee Brian Boland wrote a help article about the impacts of Facebook changing its reach algorithms, which you can read here (it’s important reading!). One of the more interesting bits for me was the following question: “Can businesses succeed on Facebook with decreased organic reach?” Boland then proceeds to give examples of businesses which have succeeded by “running ads beyond their reach,” which involves paying Facebook to boost posts or promote pages. Boosting a post is basically paying a sum of money (or a daily fee) to expose it to more people as if it were an ad. when it pops up in someone’s news feed, it will say ‘sponsored’ below the name of the page. every time someone likes the post, the page owner will be charged a small fee – usually between $0.20 and $0.75. The more people that engage with the post, the cheaper each engagement is for the page owner. I personally take a sort of malicious joy in liking sponsored posts, knowing that it costs someone money when I engage but not when the ad is shown to me. Promoting a page creates a slightly different type of ad, advertising your business in general instead of one particular piece of content. It basically amounts to paying for page ‘likes’; if you pay $50, you’ll get about 100 likes on average (depending on how your ad works out). $0.50 per ‘like?’ When did social media numbers become so directly correlated to currency?

Here’s an anecdote. A couple months ago, I was trying to organize the first-ever No Smoking event at Muchmore’s via my band’s email. The Whitewash Facebook page at that point had something like 750 likes, and all the other bands on my potential bill were slightly smaller in terms of social media numbers. I had initially asked The Britanys to play the bill (they were at something like 1100 likes), but when they dropped off the bill, the booking agent at Muchmore’s seemed more concerned than I had expected. He revealed to me a new booking policy at the venue wherein no planned bill can happen unless at least one act has over 1000 Facebook likes. In this sense, social media numbers have become terrifyingly tangible; if venues are going to assume that Facebook likes have anything at all to do with how many people come out to an event in a particular city, there is cause for concern in how Facebook allows for capitalistic inflation of this currency. Definitely more cause for concern in how Muchmore’s operates, but also definitely some blame which can be cast upon Facebook. Likes have become a currency with all-too-real consequences which Facebook can create for free, and it’s hard to imagine where else bands are supposed to go to reach their audiences. ReverbNation? I think not.

There’s a part of me that thinks “you know, this really does benefit users – if companies want a promotional post with lots of reach, they have to pay for it.” Purely promotional posts rarely garner much organic reach, so direct advertising should (and does) take the form of paid promotion. I think it’s just the perspective of being in a tiny indie band that makes Facebook seem so money-grubbing and antagonistic. Small businesses don’t get hit as hard by the decrease in the efficacy of organic reach, but we also don’t have the extra money to be throwing at Facebook in the meantime. The reach algorithms are structured so that users who are most interested in your business are most likely to see your posts, but this isn’t always a great thing for a band. When I post about a NYC event, I want that posting to be shown to New Yorkers who will actually come out into the real world, not just increase the ‘fear of missing out’ phenomenon for European people who like a lot of my page’s posts (their only form of engagement). It’s great that we have the option to pay to target our advertisements, but since every post is kind of like an advertisement, why can’t we do targeting to people in our page without paying for it? I understand the concept of paying to reach people beyond your fanbase, but I should be able to advertise to people inside my fanbase (for free) in whatever way I see fit.

My question to Facebook is basically this: will introducing money into the news feed system will change the user experience for the better? It’s true that making people pay for advertisements is a great way to make sure that promotional posts are only done by ‘serious’ people (i.e. ensuring that people are trying to push out great content to their users when not paying for it). I do think that it’s important for businesses to not always be selling to their fans on social media, people get sick of it. But shouldn’t people be able to discover that on their own? Why the paternalism? Reach shouldn’t be the primary objective, this is true – quality content should be. Still, I think paying to push content is pretty much the worst thing that can happen to the internet. Ever hear of net neutrality? The biggest joke out of all of this is that one of the few things that Facebook will give organic reach to is a post or link that mentions Facebook itself. When my band page posted a link about Facebook killing organic reach, it was shown to 900 people even though my page only had 800 likes at the time (no payment necessary!). Maybe my strategy from here on out will be to only post things that mention Facebook.

Even when a post succeeds organically, Facebook takes note and suggests that you promote it (i.e. pay them), as successful pieces of content will be even more successful when shown beyond the audience of the page. Maybe the extra reach would help, but does constantly being prompted to pay the site we need to use to reach our fans really help us in the long run? I think it’s an important question, so I say “Fuck Facebook” in the hopes that you at least develop an opinion on the subject. I also won’t comment on the effects of creating a “relevant” news feed (perhaps it’s better for people to be exposed to things they don’t already know they’d like!). Until things change for the better, I’ll continue to take an obscene delight in inflating the ‘like’ currency – between Whitewash, No Smoking, and my personal account, I’ve got 3 likes on every page post! Does my opinion matter yet?

Ryuhei Asano, or “Lee”, is a Japanese artist who is damn ungoogleable. Attempts at searching for his new album,  “( u _ u )”,…