Blue Museum is a freak folk/alternative rock group hailing from New Paltz, NY, and their music “hails from the mood indigo – that special place we call blue.” The group features members of Breakfast in Fur and Pecas, very active NYC-area indie groups. “Floating” (and the b-side “In My Brain”) is their debut release recorded by Rob Sciortino of The Colorines at Riverby Studio, and they compare it to an anthropological exhibit (“where each song tells the story of a different shade of their blues”). I’ll be the first to tell you that their art is far from institutionalized, though. 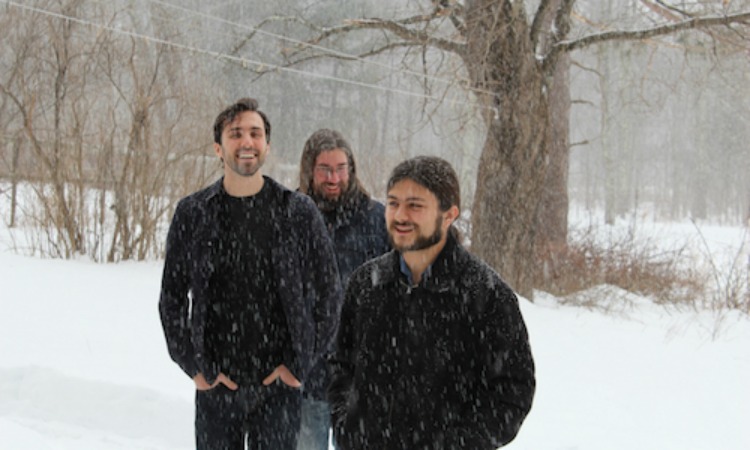 The single itself, “Floating,” sounds pretty much like what you would expect in a linguistic sense. Finger-plucked acoustic guitar tracks shimmer across the audial plane, placed perfectly below compelling and alluring vocal harmonies. My favorite moment, of course, is the introduction of a mostly-clean electric guitar texture which reminds me greatly of Daniel Rossen’s electric playing (in a good way). “Ssh, it’s just you and me; ssh, the earth will quake,” the vocalist croons (Michael Hollis, I believe?), lulling the listener into a state of guitar-invoked zen. Dreamy textures, moving arrangements, and the kind of song-crafting which marks itself as popular music while straying away from the label of ‘poppy.’

“In My Brain” is a much more gritty track, though it still maintains its endearing demeanor. The blues can be felt more viscerally here (you can even hear a bassline!), though I guess “Floating” had its own brand of folky blues going on. We’re treated to a distortion-heavy shout chorus (“in my brain!!!”) which never overstays its welcome before fading back into the somewhat muted yet energetic verse sections. All in all, this is a flip-flopper of a release which shows the many exhibits that Blue Museum can put on display for its listeners; coherent, well-crafted, well-produced, and generally just enjoyable to listen to.

You can keep up with Blue Museum on social media, and you can come see them in real life at the following shows:
March 27th – Bacchus in New Paltz, NY w/ The Colorines and Honey Company
April 2nd – Free Thursdays @ BSP Lounge in Kingston, NY

Synthus by Seabat Seabat’s SYNTHUS is a 3-song EP that was released two days ago on record label/fun machine BEER ON THE RUG, of…