Isn’t A Person is the fifth release of the Salem-based 5 piece SUPERTEEN, out since January 15th via Sad Cactus Records. With Isn’t a Person, SUPERTEEN continue their oeuvre of dissident, caustic rock music.

In comparison to their prior releases, Isn’t a Person has moments that are much more subdued and prismatic, infusing elements of psychedelia with the characteristic darkness that has come to define their work. On the track ¯\_(ツ)_/¯ we hear the robotic guidance of a GPS, directions becoming rapidly more frantic over a churning coil of guitars. The album flows together as one cohesive piece, making for a pleasant (if intense) listening experience. Most of the release is suffused with the brooding angstiness and vitriol that characterizes SUPERTEEN. However, there are unmistakable elements of tenderness, particularly on the track “Isn’t a Person” (for which the album is named), both in the softness of the flutelike synthesizers and the sample of one of the band member’s mother discussing the circumstances of his birth. 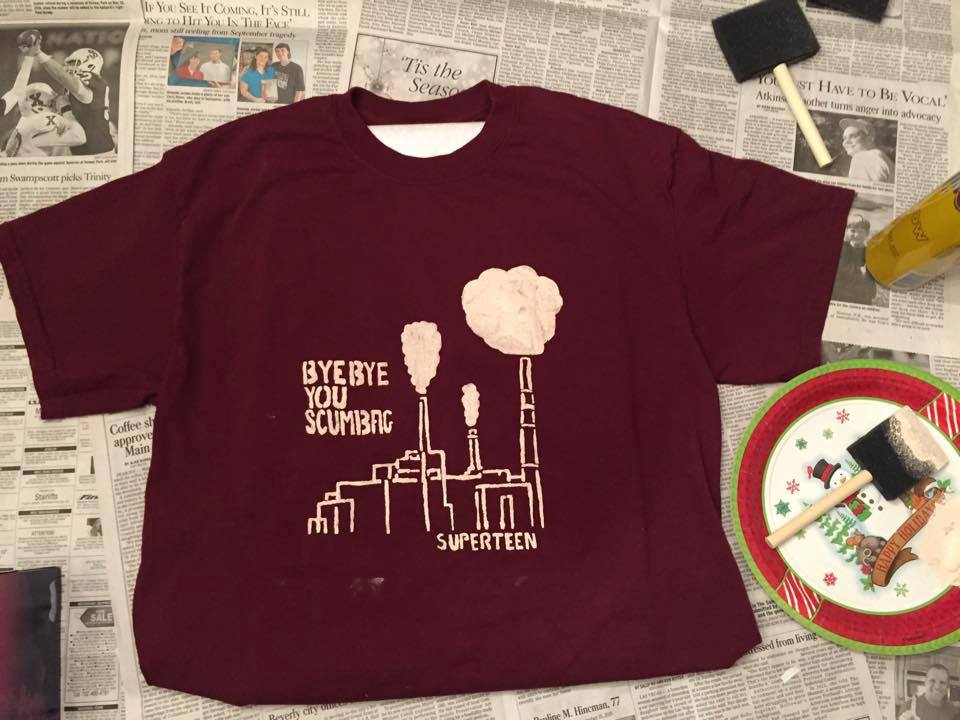 You can order this shirt on SUPERTEEN’s Bandcamp.

SUPERTEEN‘s music finds as much strength in harmony as it does in discord. This is in part due to the two vocalists (Meryl Schultz and Sam Robinson), the push/pull of their voices creating a fervid tension. The vocal delivery from Meryl Schultz is the best it’s ever been, brimming with said angst and vitriol, alternating between languid and commanding. The unsung hero of this album is the drummer (Chris Faria), who displays masterful restraint and versatility (yet often sits dishearteningly low in the mix).

The music of Isn’t a Person is well thought out and subtle, coalescing in a caustic stew of acidic delivery and the arrogance of punk. Around 2:45 into Bye Bye, SUPERTEEN revisits the guitar riff of 2013’s Posh Gross Teenager, subverting and reinventing their old material. SUPERTEEN’s music explores broad themes such as growing up, adulthood, constituting oneself, but describing it as such is in effect reductive — the music speaks for itself in a compelling way. The last track, You Scumbag, is a grenade of confusion, sonic layers of speaking, screeches, and saxophones mounting to a cacophnous soup of disarray.

You can order a cassette or an ~edgy tshirt on SUPERTEEN’s Bandcamp or via Sad Cactus, as well as stream their music.

At 23, English songwriter Marika Hackman is already a brilliant enigma. For someone with a fairy-tale face, and a celestial voice, Hackman seems disinterested…