If you’re the type who likes to be a thing writhing among other things, driven by the ugliest of psychedelic warblings, the Yin Yangs are the band for you. The trio began with three dudes playing in three different bands and writing their own music who met at shows and then constructed what became their first demos (i.e. this tape), recorded for them by a friend in the summer of 2013. Since then, all three of the Yin Yangs have shifted their creative attention to this project, and will be releasing a two-sided single called 21st Century early this year in time for their first out-of-city tour. You can buy a tape of these demos at Time Castle Tapes or stream it above, and you can read some of my thoughts on it below. 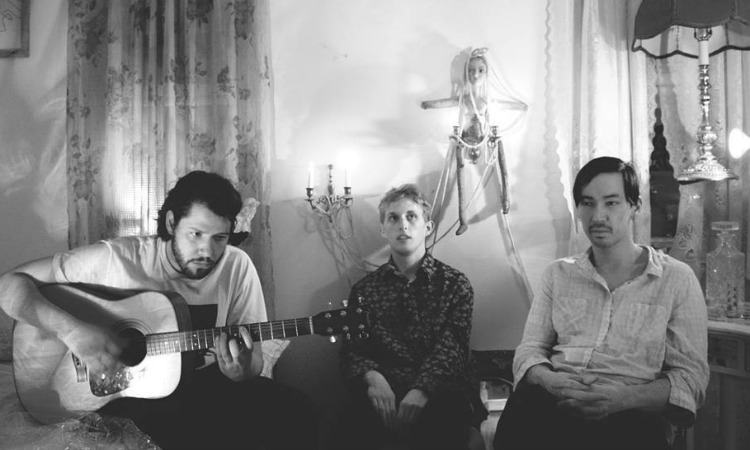 Grainy vocals slither their way above a rumbling wave of bass fuzz, thrashy drumming, and freewheeling guitar work. The guitar usually rings somewhat clean above the mix, because neither the vocals nor bass are clean at any given moment; deciphering a Yin Yangs song sonically probably requires at least a basic knowledge of how effects pedals and electric guitars work. The Yangs never seem to find much appeal in the un-affected voice or instrument – they shirk acoustic guitars (though their press photos might suggest otherwise) to eschew their own sonic corner in this dark and scary digital world.

“You’re Surfing All Over Me” was immediately recognizable when I heard it live, a ritualistic thrumming flanger-jam fit for any thing which finds itself in a grimy pit of debauchery and audial stimulation. The aquatic reference for me stems from how the rhythm is drowned in layers of artificial sound, delay so accentuated that it’s hard to pick out the moment when each instrumentalist actually touched his instrument. The first lyric, fittingly, is “don’t know what you’re saying.” “Quicksand” moves at a somewhat slower pace, but keeps the sludgy vibes and end-of-verse lowkey hook placement that makes the Yangs’ sound so idiosyncratic. Lyrics are still absolutely impossible to make out through the noise, but you can hear a little more tenor in the voice than usual. The initial guitar tracks on each song are never anything memorable, but when they’re given minutes to build on layers of grime the feel gets considerably more interesting (that is to say, this shit grows on you, and it grows hard). 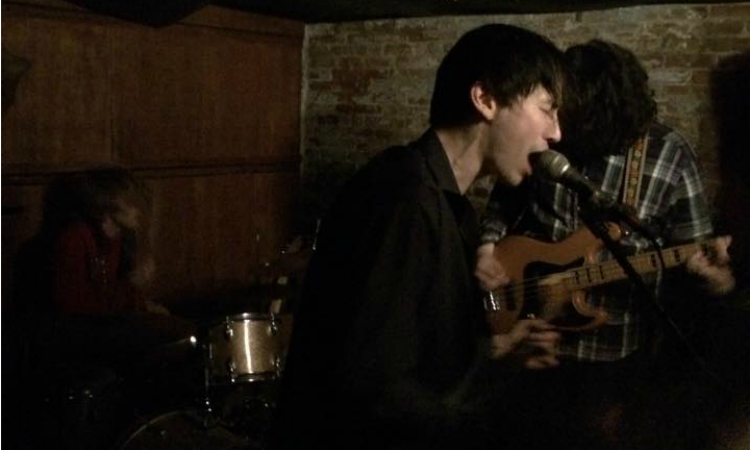 The Yin Yangs @ Bohemian Grove 1/9/2015, photographed by yours truly

“Cowboy,” a foil or brother song to the name of the demo tape, is also an immediately recognizable listen in a live environment (also relying on a jangly guitar hook to break through the bass fuzz). I remember flailing around in someone’s badly-lit basement in Bushwick as those who preferred not to mosh pushed their way to the side of the room to light their sixteenth cigarette of the evening. I also remember screaming “THE SAME!” along to the chorus, probably the only thing I could make out before I got ahold of their lyric sheet.

If you’ve gotten this far and you still don’t get it, you probably weren’t listening to the music as you read my words. Think surf music, but played by Slayer. Think Thee Oh Sees, but less melody and more grunge. Look out for more Yin Yangs headed your way in early 2015, and don’t forget to buy the tape, you grimy pirate.

Lemme tell ya a little somethin’ about New York based artist Michael Goodman and his latest work under the Goodman moniker. Self-released on Wednesday,…