I found out about jordaan mason on the 4chan music discussion boards in 2009 when divorce lawyers i shaved my head first hit the internet. People made reductive comparisons to Jeff Mangum, and I remember watching a music video that involved a trombone. Now I’ve heard of jordaan firsthand – that is to say, they’re beginning to make their own introductions instead of letting 4channers do it for them. Jordaan’s successful Indiegogo campaign, with a goal of $12,000 CAD, began on November 5, 2014 and I gotta say I was skeptical about its potential success; in fact, a big part of why I’m writing this review is actually a sort of deep inward guilt about not contributing to their campaign. This is contribution in another sense, I suppose.

A note to the reader: jordaan mason identifies as “them”  and not “him,” so when I mention them below it refers not to a band, but to an individual.

The Indiegogo blurb proclaims that “jordaan mason is a human mess who writes songs about sex and sickness and the end of the world.”

Jordaan is a Canadian queer artist who has been making and self-releasing music since 2004 on Oh! Map Records (their own imprint). the decline of stupid fucking western civilization is a transition from acoustic instrumentation (folky) to more electric leanings (i.e. electric guitars are in the mix now) as well as a documentation of “the three most difficult winters [jordaan ever had].” I’ll just let them speak on their own for a moment:

My music looks to openly and honestly articulate my own individualized experience of living and coping with gender dysphoria, bipolar disorder, and post-traumatic stress disorder brought on by a history of a sexual violence. By speaking about these things in the way that I am, I hope to create a larger space for conversation about these topics, which are still largely considered to be part of ‘private’ life. I believe that these experiences are more commonly shared than we know how to speak about and this album is part of the dialogue that will allow for these things to be spoken about, to become ‘public,’ if you will. Despite its bleak subject matter, the album is ultimately a call-to-arms for a better, queerer world. 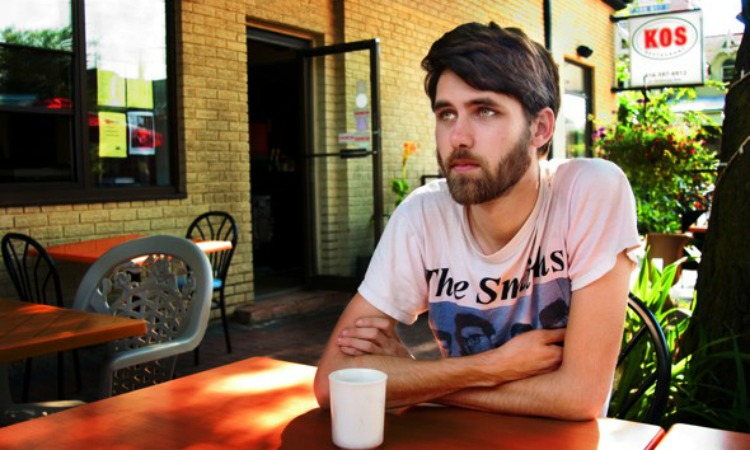 The album is opened by dissonant solo guitar pluckings under jordaan’s mewling, pained intonations like “god i want these freezers empty, she said” and if you want a quick, full-sounding preview of the album, you’ll need to skip ahead to SIX AND A HALF minutes. Let me just say that I was extremely thankful when the bass guitar came in. The ending is a post-punk jam-out, a welcome return to musicality after a drawn-out atonal and lyrical deconstruction of everything I hold dear.

‘pharmacy’ introduces some of the album’s narrative (“a good husband and a bad boyfriend / i got hit so hard i saw horses”) and at the same time it performs a pretty similar function as several tracks on the most recent Antlers release (a slow feeling jam which opens up for vocal harmonies). I’ll let the video speak for itself here. It’s kind of a cool progression from the “lo-fi band plays all together in a room” aesthetic that introduced me to the band, a reprise from the songwriter.

‘of hospitals’ is a pleasant listen with lots of ups and downs, switches from quiet to loud and vice versa. Moments of musicality are ultimately my favorite, not the moments with the most biting vocals – but this is just my taste and you must already know if you’ve been readin’ my articles. I kind of like that jordaan has blatant disregard for the short attention span of internet users with their epic-length songs (GY!BE, anyone?). The six minute guitar and vocal atonal intro to the album is still pretty jarring and unappealing to me, not a great summation of the hour of music which follows it. But after a few listens of the album I am sort of doubting the track order. For example, ‘liturgy part two’ doesn’t contain anything that’ll probably surprise you in terms of music or lyrics. “i can’t forgive him — no, not yet” and I’m not saying that just to be a cynic. ‘stop walking start swimming’ is more interesting to me; the guitar and bass parts are simple but driving, efficient in creating a forward-moving feel, and the vocals are still urgent and in earnest but more pleasant and somehow authentic.

In my opinion, ‘evidence’ is the high point of Jordaan’s combination of lyrical finesse, their narrative and instrumental orchestration. By this point in the album, our ear is acclimated to the specifically engineered lo-fi guitar textures and thrumming basslines that never seem to rumble too deeply. When jordaan cries over the harmonies saying, “can we please never get out of bed / sing a eulogy to erase our sins,” enjoyment is no longer a matter of personal taste, but simply a fact of experiencing beauty. 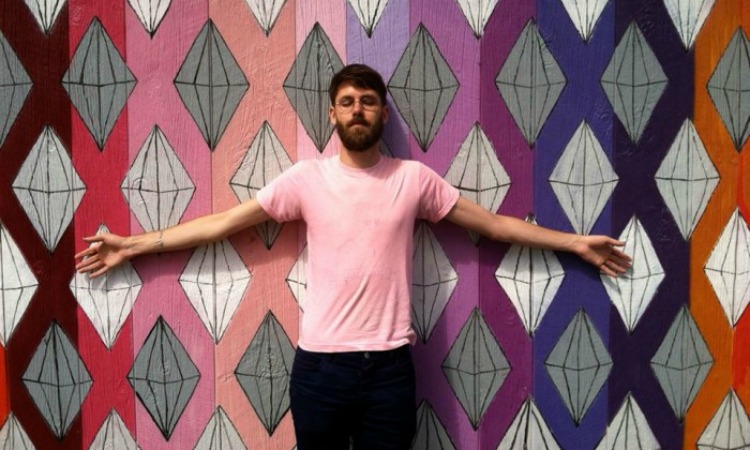 I’m not going to unpack anything too much here because enough is given in the lyrics, album artwork, and short crowdfunding essay for any intelligent listener to make their own intellectual observations. I feel wary of ruining the pristine artistic message that’s already so well-established here. Do I support jordaan’s recovery from trauma through art? Yes, obviously I do. I’ve just deconstructed the whole thing for you with pretty pictures and links and quotes. I feel like the real question to be asking, though, is whether I’ll actually be listening to this album again in the foreseeable future.

It’s not an unlikable art object – it has a considerable share of endearing, intimate moments orchestrated very intelligently around thoughtful and lengthy instrumental arrangements, and it’s got all the markings to brand itself as Art (TM).

Maybe I just spent too much time listening to In The Aeroplane Over the Sea and Hospice to enjoy art-therapy type albums beyond my first listen… if so, I guess that’s a personal problem, and kind of a sad one. I’m very interested in how others are perceiving the album, though. Let me know, and enjoy your listen!