(Vaped) Smoke Gets In Your Eyes

When the House of Balloons mixtape dropped in March of 2011, the world knew little to nothing about Abel Makkonen Tesfaye, a Canadian artist recording under his now popularly recognized moniker, The Weeknd. At the time, I was in my senior year of high school, picking up new music here and there via a number of blogs and websites though from no single source more frequently than Pitchfork. You could even say I was a full-on devotee back then and truthfully, even today, I regularly browse its pages though not with the same almost religious fervor of my late teen years. That spring, it was through Pitchfork that I came upon The Weeknd by way of his first record, House of Balloons, designated “Best New Music” with a stellar 8.5 out of 10 review which, of course, meant it more than qualified for my undivided attention and thus, immediately received it. 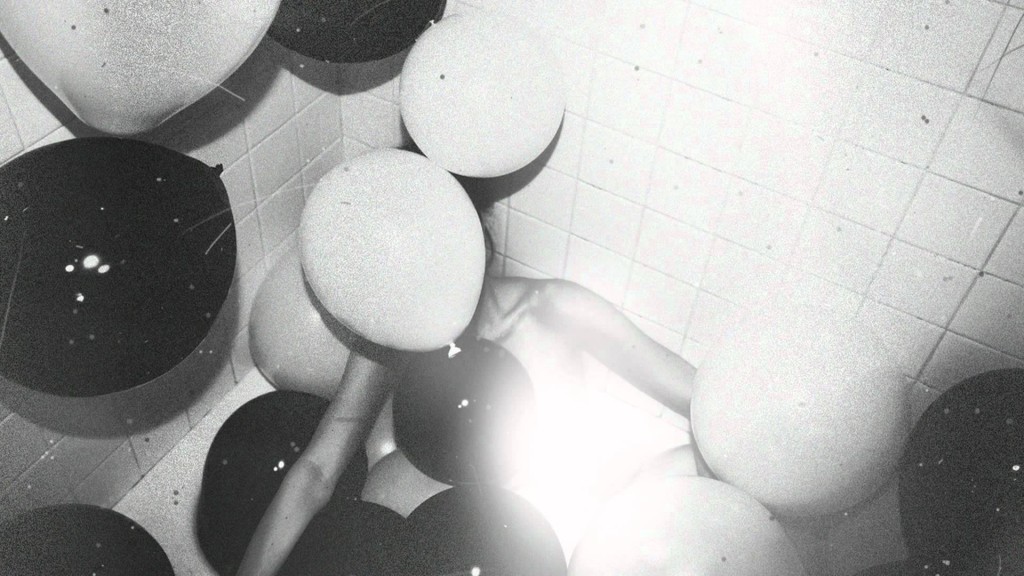 Album art for The Weeknd’s 2011 mixtape “House of Balloons.”

Before even hearing a note, the record’s black and white cover, simultaneously modern and retro, featuring a naked woman with one visibly exposed breast in a bathtub, her face and body partially eclipsed by black and white balloons, well, it intrigued me. Though the album’s contents were then unknown to me, the cover suggested, accurately, as it turns out, a sense of discomfort and even of danger, that something could go horribly wrong, that beauty and pleasure could turn to pain and suffering on a dime. Listening to the record years later, I still hear what I initially saw, a walk on a razor’s edge between, to borrow from F. Scott, the beautiful and the damned. More personally, it reminds me of an experience I had last year visiting some old friends in college who I had not seen for a while only to find, once sobering up after the initial bout of celebratory, reunited hard drinking, that their once good minds had been shattered by a crippling and shared addiction to Xanax, a drug which I hate with all of my being for what it has done to many I care about throughout my life, not to get too dark, old sport.

In fact, such darkness amidst the soulful and sensual yet modern House of Balloons is big part of what I liked so much about the record, what I continue to like about it years later, and what won me over, converting that high school senior from a mere listener to an impassioned a fan. Yes, you read it here, I was once a true fan of The Weeknd, an advocate, even, showing the commercially unsuccessful record to my friends with little success, one comically if slightly patronizingly referring to it then as “Zenker’s preferred booty sweat jam.” I’d be lying if I said it wasn’t. That spring, “High For This,” the record’s leading track, even managed to become the number one most played song on my “Nocturnal” iTunes playlist, a feat, I assure you.

Smash Cut to 2015, a completely alternate reality as far as the once pretty much unknown Mr. Tesfaye is concerned, no doubt. No longer the man behind the curtain, Tesfaye is now a bonafide pop star backed by Republic, with his most recent record, Beauty Behind the Madness, reaching number one on the Billboard charts earlier this year, propelled by number one singles “The Hills” and “Can’t Feel My Face.” Produced and co-writen by a phalanx of the industry’s most tried and true hitmakers, including Max Martin, that Swedish pop music producer famous for his work with Britney Spears, Kelly Clarkson, Taylor Swift, and Katy Perry. Beauty Behind the Madness also sports what feels like a boardroom’s attempt at an edgy title with “troubled” (but, in truth, equally safe) album art, and it is perfectly representative of the state of popular culture today. 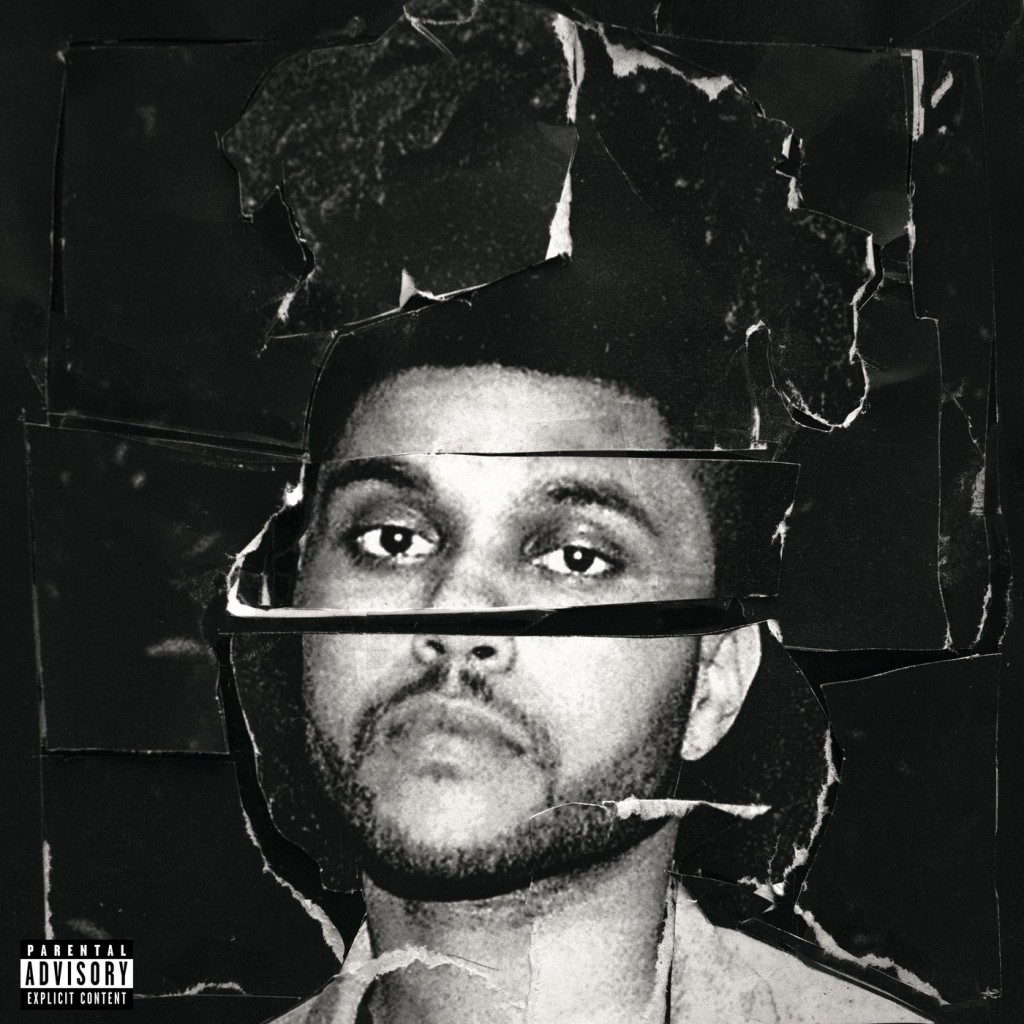 Album artwork for The Weeknd’s 2015 LP “Beauty Behind the Madness.”

That is, though popular culture today still craves an element of danger and the bad behavior that goes with it, it demands that such be completely safe to consume, that we be presented with easily digestible, PG-13 renditions of struggle and strife often by way of carefully constructed, corporate approved implications rather than deliberate and bold statements of truth. More explicit tracks from House of Balloons like my beloved “High For This” could never have made it on Beauty Behind the Madness in today’s cultural climate where we seem increasingly content to be spoon fed shit so long as it proves completely safe. “Can’t Feel My Face,” for instance, is little more than a repackaged, neutered rendition of my aforementioned favorite.

To be clear, this criticism falls on Mr. Tesfaye who seems happy to play the sellout, recently cozying up with PAX Labs to release his signature, portable vape at $324.99 a pop, $45 more than the next most expensive model. Apart from a few aesthetic alterations, the vape in question provides no improved functionality or additional experiential benefit. Similarly, aside from a few aesthetic alterations, Tesfaye’s new music and watered down persona offer no artistic improvement on his old work… and yet, seeing him live costs a helluva lot more. Through this lens, if the undeniably talented Tesfaye (formerly an artist with the ability and the guts to put out challenging yet listenable work) appears to be blowing smoke, it is because he pretty much literally is. Rather than choosing to be bold or to innovate, he now merely plays the bad boy tortured artist, content in reality to ride on the coattails of the tried and true, expertly taking into consideration and then capitalizing on the sensibilities of a mainstream culture obsessed with and oppressed by triggers and microaggressions, a culture that internally, though never outspokenly, must reel and writhe for real trouble. 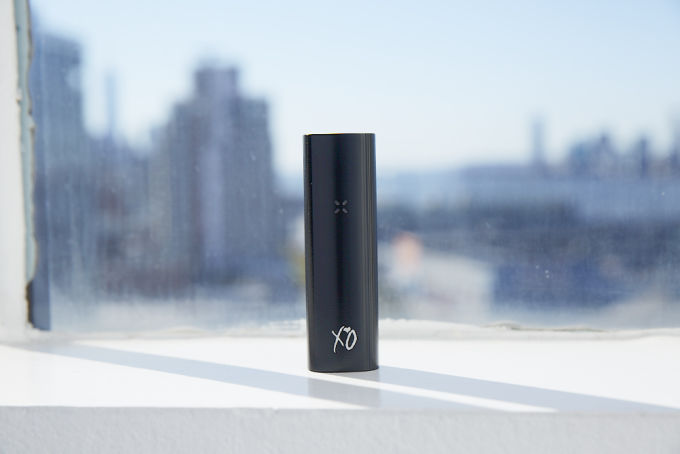 Moreover, when you take a moment to think about it, the very act of vaping is a watered down (again, literally) iteration of smoking. Today, though vaping is claimed by its advocates to be the “safe” way to smoke, many, myself included, remain skeptical, a reasonable stance when considering the fact that people thought smoking tobacco was safe and even healthy for hundreds of years. Now I am not going to argue that smoking is healthy or smart. It is, in fact, unhealthy and undeniably stupid though many of us still do it. But oppression and conformity in art as a result of mainstream society’s demand to be constantly comfortable is unhealthy, too and that Tesfaye has chosen such a path is disappointing for a former fan such as myself.

So as Tesfaye joins Adele and even Justin Beiber in the pantheon of the successful, big, beautiful, and bland, pray for him so that one day he may have the strength to kick his true addictions: big league fame and money. Only then is he likely to come back to his truth and exhibit the full force of his talent. Then again, given the current state of popular culture, this is likely the kind of major star we deserve, one who is edgy and yet not too edgy, a hollow man happy to hide behind by vaped smoke and mirrors if it means selling records. Though I guess these people have always existed, it’s a damn shame to see somebody with such a unique life perspective and incredible god-given talent sip the Kool-Aid rather than challenge the status quo. Hell, I’m not angry, I’m just thoroughly bummed out. Over and out.

It’s been a while since I first heard Foxygen’s “Shuggie.” My introduction to the late 00s/early 2010s revival of 1970s guitar rock tropes didn’t…