Hailey Desjardins, a clothing designer by way of RISD (by the way, her last name in French translates to: “of the gardens”, but if you want to go dirtier it also means a sexual position I will allow you to google yourself). She is a woman of greenery, aesthetic and design: she keeps her loft lush and green, and takes in furniture orphans often. DIY, she is constantly finding material in unlikely places and furnishing something spectacular. And she has quite the sense of style pairing together high and low clothing pieces she found for $3 and then more expensive vintage designer wear. Also, her make up is avant garde as fuck. I can barely apply fake eyelashes. Underneath that hard and funny-as-hell shell, are the metaphorical organs of compassion, of sympathy, of empathy. She grew up in Rhode Island, and then attended RISD, graduating in 2010. After she moved to (sensibly for her industry) NYC straight from there. She has lived in two Bushwick (before it was the epicenter/embodiment of cool, rather when artists lived there out of necessity). She does well with communal living: she’s organized, a great allocator, delegator, and communicator. In fact, she’s the goddess-mother of her house. She’s as hardworking, self-motivated and talented as they come in NYC, but isn’t that why we all move here? She’s definitely ambitious and incontestably has paid her dues.

We discussed her trajectory from college to her early years in NYC, and one anecdote is particularly hilarious. Have you ever had to sell your underwear or be an escort to a rich, gross white man sans sex for $200? Look, she hasn’t done THOSE but to quote her she: “had series of strange intermittent gigs.” She worked as a fully clothed go go dancer with a friend at 169 bar. She changed her costumes four time in a night. That didn’t last long. They were fired after being accused of, in her word, “extinguishing a joint on the one-eyed, three-legged cat that lived in the room upstairs that we took our breaks in.”

She then dipped her toe into the corporate world, but it didn’t fit. After a year of grinding in the city she fortuitously began working with designers as threeasfour. This collaboration opened doors. And we all know how that goes. Someone or some opportunity hands us the key which opens the door and pushes you into the hallway of choices, and then lets you go wander until you find a fitting one (sorry for the pun). She developed as a person and as a designer while bettering herself. She became (yes it’s a loaded and vast meaning word) spiritual, practicing kundalini and reiki. She even made crystal harness, a collaboration between her friend Istvan and her. He supplied her with stones and she constructed harnesses. They were sold at the kundalini summer solstice event bazaar when they consummated their collaboration. Beautiful and original, they were, for lack of a better description (so I’ll give you hers): “energetically charged accessories”.

She has an agent. She has a cat named Oscar. She has drive. Hailey is look at what’s next. She desires to work on her own projects in the near future and still continues to collaborates with threeasfour and peers and fellow designers she went to RISD with. Although she is ready to enter her next phase, she is flexible (like the mindful way she lives) in defining that new change. She applies her styles on all the piece she’s asked to design, whether it be backpacks or tailored suits or 3D printed dresses. She has also worked/deigned for a lot of high profile clients, but I won’t go there. She can go there for you. If you contact her (hmdesjardins@gmail.com) she may be willing to divulge these stories, take commissions, or just talk more about fashion. Currently, she teaches at Parson’s, which she unexpectedly loves. 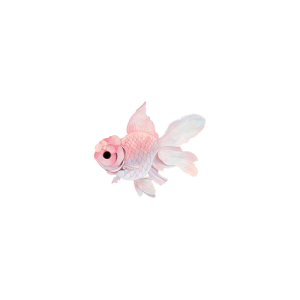 an artists artist
she made botecelli’s venus
and won halloween

kundalini and reiki
on a spiritual open path
mindfulness she plays

into crystals stones
she offered me protection
her agate i held

born out of RISD
but here with humility
self competitive

she really like me right?
her presence demands respect
that archetype, yeah?

interior design!
but clothing is her passion
them freelance gigs come

awake to whistling
a voice i envy
music always on

she, a truth shooter
will tell it like it damn is
get ready for a shot

her laughter erupts
her jokes are cuttingly sharp
an innate gift, wit

a hunger to live
yes is a word she says often
why not explore more?

Siobhan Bledsoe is a poet based in Brooklyn, you can keep up with her ongoing series of haikus here.

a poet, on and off the page

Icelandic natives Samaris recently announced their plans to release Silkidrangar Sessions, a long-form and live oriented reworking of their previous LP, released in 2014…